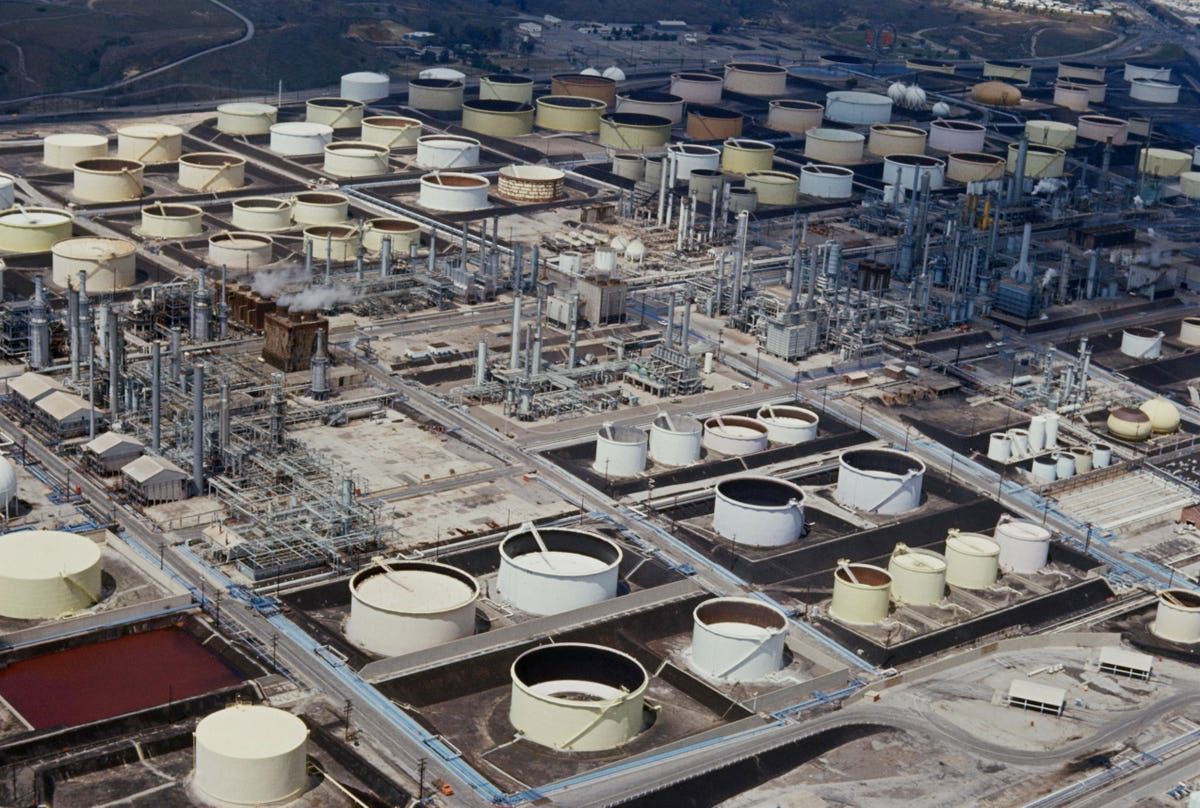 If the world is serious about reducing greenhouse gas emissions, the fossil fuel industry is the place to start.

But an additional set of numbers has just come out that suggests the fossil fuel industry is heading in the wrong direction. It’s called the Production Gap report (Figure 1).

The UNEP production gap report, conducted by the Stockholm Environmental Institute (SEI), evaluated 15 large energy production countries including Australia, Russia, Saudi Arabia, the US and UK against the Paris Agreement of 2016.

The report has been summarized by BBC. To keep global temperature rise below 1.5C by the year 2100 would require a 45% cut in total global GHG emissions by 2030 based on 2010 levels.

But these 15 countries are planning to produce more fossil fuels (110% more, which is double) than would be compatible with a 1.5C rise.

The same plans would produce 45% more fossil fuels than required to keep the temperature rise to 2C.

A lead author on the report states that “global coal, oil and gas production must start declining immediately and steeply to be consistent with limiting long-term warming to 1.5C.”

In Figure 1, the two dashed lines show the production plans in the first report dated 2019. It does reveal a slight improvement from 2019 to 2021 but the lines are still headed in the wrong direction and the production gap has not changed much.

The dilemma is the world needs fossil fuels. If oil and gas production stopped suddenly, the world would starve because food is transported by semi-trailers or by rail or by ships that mostly run on oil and gas.

There are two bookend options to this dilemma. The first and obvious option is to cut-back production of coal, oil and gas enough to meet the Paris agreement. The “fossil industry needle” would go down from 1 towards 0.

The second option is to top-up production of coal, oil and gas but get rid of the GHG that they produce. That is, maintain production with all its benefits, but bury the GHG in a safe geological layer that doesn’t cost an arm and a leg. The “fossil industry needle” would go up from 1 towards 2 because of the additional CCS technology needed.

The cut-back option for fossil energy.

Denmark, leading the world in wind power, recently stopped exploration for oil and gas, and plans to finish oil production by 2050. Wind power creates 50% of their electricity, more than any other country (US is 7%). They also plan to build an artificial, green energy island, starting in 2026, that would collect and store energy from an offshore wind system, for a cost of $34 billion.

Norway has a strong oil and gas industry, called Equinor, but most of it is exported. Hydropower supplies 67% of their in-country energy. But Equinor are developing offshore wind systems, even partnering with the UK’s bp to supply electricity to New York City.

Bp has committed to be 40% invested in renewables by 2030. That spells a big stop in oil and gas production. They are working on plans for a large blue hydrogen plant at Teesside in the UK that will by 2030 provide 20% of UK’s hydrogen that will be used in transportation.

Other European majors, including TotalEnergies and Shell, are integrating renewables into their future and cutting reliance on oil and gas production.

The top-up option for fossil energy.

In the US, the oil and gas industry is hesitant about production cut-backs, and many are downright skeptical. Some of the reasons:

·       Success of the shale revolution – the US became self-sufficient in oil for the first time since 1947.

·       Oil and gas are available, inexpensive, and reliable — cheap gasoline for cars and diesel for semi-trailers, as testified by recent traffic on highways.

·       Trainwreck climate events in 2021 are judged to be just statistical outliers, with no additional climate-change cause needed for explanation. And the long-term global data on droughts, wildfires, superstorms and hurricanes do not support a trendline of increasing intensity or frequency. Books have been written to deny or challenge the climate crisis.

·       The petrochemical industry, based on oil and gas, provides clothing, health and pharmacy products, and ubiquitous plastics used in construction, offices, homes and cars. This industry won’t be easy to replace by renewables.

So is there an alternative to cutting production? Yes there is, and it’s called carbon capture and storage or CCS. This is the top-up option.

Carbon capture and storage means collecting GHG (usually CO2, the dominant component) and burying it deep underground. “Bury” means to inject CO2 down a well where it’s contained within a non-leaking rock layer and it eventually merges chemically with the rock. The rock layer may be a depleted oilfield or a saline aquifer.

CCS has a natural fit in the US because the oil and gas industry have been doing it for decades, in the form of enhanced oil recovery (EOR).

Whichever bookend option the US chooses, CCS will be needed to compensate for, or offset, the leftover fossil GHG emissions when the year 2050 arrives — CCS is an escape hatch.

CCS futures for US. The US has plenty of storage capacity just in old oil and gas fields. US now emits 6,000 Mega tonnes per year (Mt/year) of GHG and this entire amount could be stored each year for 23 years.

But new pipelines to transport GHG would have to be built or old natural gas pipelines retrofitted. While 45Q tax credits from the US government exist and will help — $50/ton of CO2 injected by CCS, or $35/ton if it’s used for EOR – but the cost remains expensive and carbon-pricing would probably have to be mandated.

ExxonMobil is storing 9 Mt/year of CO2 each year, equal to 11 million car exhausts each year. The company plans to invest $3 billion for 20 new CCS facilities and some of these will bury CO2 from hard-to-abate industries, such as cement or steel plants.

Occidental Petroleum are building a direct-air-capture wall of fans in West Texas that will suck in air and separate the CO2 for underground injection. They envisage a new CCS business that will assist other companies to get rid of their CO2.

There are twelve commercial CCS projects currently in operation in the US in 2021, most tied to EOR.

There is big money for CCS in the new 1.2 trillion dollar infrastructure bill passed by the US Senate recently.

CCS future across the world. Currently, 65% of CCS occurs in the US, with 10% or so in each of Europe, Australia, and the Middle East.

The numbers are staggering, but to make it happen a huge CCS industry would have to develop and would end up as big as the present-day oil and gas industry.

So if this is the route chosen, the world will end up with one huge oil and gas industry plus one huge CCS industry. The “fossil industry needle” will becomes 1 + 1 = 2. This is mind-boggling.

Is there a middle ground?

The above two scenarios are extremes. The likely result by the year 2050 will be somewhere in between. A few pointers that will likely influence the result:

·       A rush of oil and gas production until 2030, when government policies (carbon-free electricity) and stakeholder pressure by banks and people votes say, “You need to move faster!”

·       In the US, Biden’s policies on decarbonizing electricity and vehicles would drop the demand for oil and gas by 34-39% within 10-15 years (in press). If supply follows demand, this would mean a big decline in oil and gas production.

·       Natural gas will be a halfway house through 2050. The largest component of fossil energy will be roughly flat from now through 2050 and by then will provide 21% of primary energy (in bp’s “Rapid” scenario) compared to 45% for renewables.

European oil and gas companies will continue to diversify into renewables. US companies will resist this in favor of CCS, fixing methane leaks, and cleaning up their own operations carbon footprint.

Legacy US energy companies will stay focused on oil and gas production, to sustain the shale revolution profits and jobs as a first priority.

But by 2030, the US industry will be forced to rethink about divesting from oil and gas and reinvesting in renewables. Looking to Europe, they will see proactive companies that are even now leading the way.