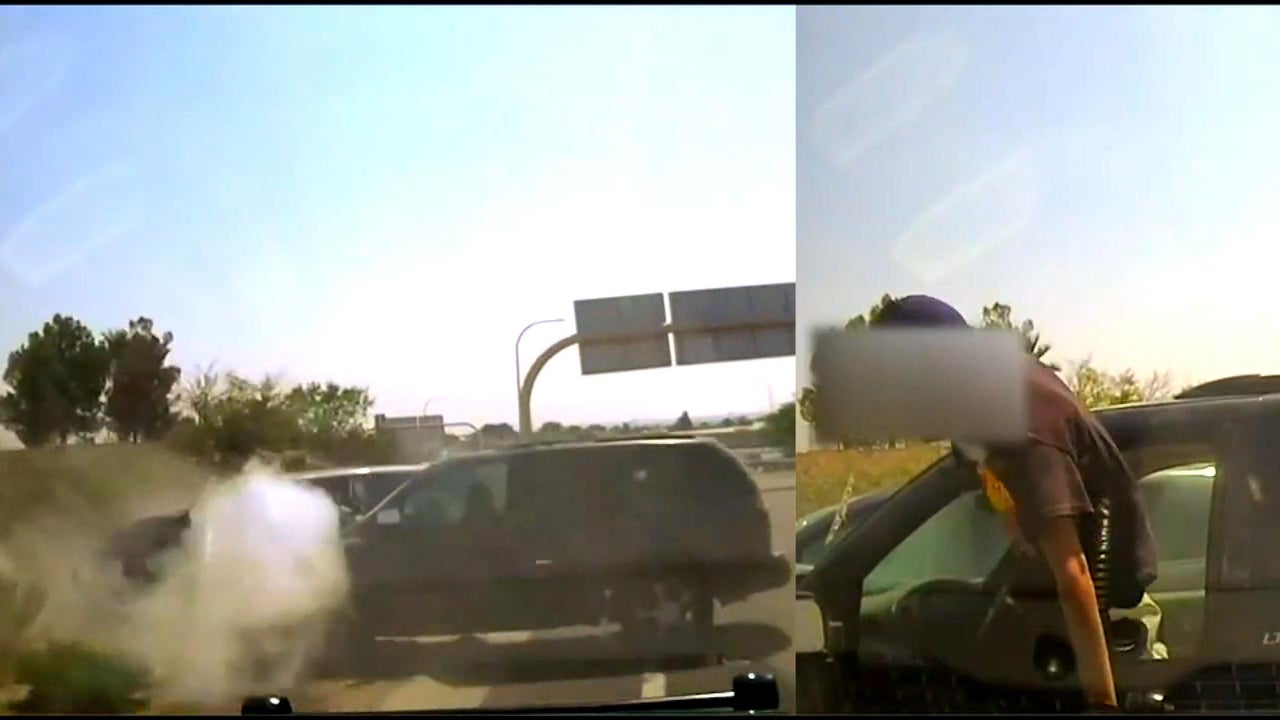 A 12-year-old boy led sheriff’s deputies on a high-speed chase in a stolen car before crashing into another vehicle.

Doña Ana County Sheriffs in New Mexico says their office received reports from people who saw the child behind the wheel driving erratically on the highway.

When deputies found the car, they said the child did not pull over and continued to speed away.

At one point, deputies thought the child would stop when he pulled into a parking lot, and four other teen boys jumped out of the car. But once they dispersed, the driver kept going.

He eventually crashed into another vehicle, which is when authorities moved in to arrest him. Five people, including two children, were in the hit vehicle, and the driver was sent to the hospital.

The child driver was not injured. Because of his age, authorities can’t release any information about him.

Sheriffs say investigators cannot back up the child driver’s claim that he was forced to drive the car. They say they found a handgun thrown from the vehicle and bullets in the child’s pocket.

Reports say he was arrested on charges connected to the stolen vehicle and the chase. He also had an outstanding felony warrant.