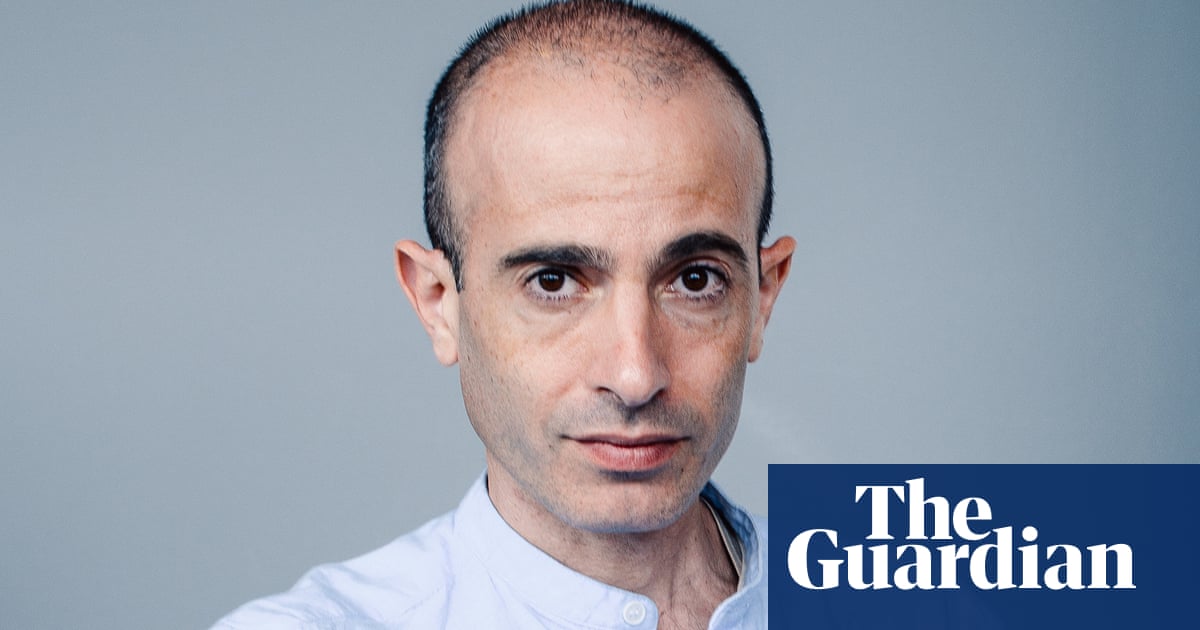 Born in Israel, Harari, 45, gained his PhD at the University of Oxford. His bestselling books are Sapiens: A Brief History of Humankind; Homo Deus: A Brief History of Tomorrow; and 21 Lessons for the 21st Century. Next week he publishes Sapiens: A Graphic History Volume 2 – The Pillars of Civilisation. He lives with his husband near Tel Aviv, and lectures in history at the Hebrew University of Jerusalem.

When were you happiest?
Now. I’ve learned to adjust my expectations to reality better than when I was 20 or 10.

What is your greatest fear?
That we will destroy our humanity without even realising what we’ve lost.

What is your earliest memory?
My earliest historical memories are from the first Lebanon war and from the Falklands war when I was six. I remember watching the sinking of the ship HMS Sheffield on the TV. It left a very deep impression.

Which living person do you most admire and why?
On a personal level, the friend who is a single mum raising two kids by herself during this Covid era. She is a real hero. If a historical personality, I choose Mikhail Gorbachev, who probably saved the world from world war three.

What is the trait you most deplore in yourself?
Every trait has positive and negative potential. The key is to learn how to use it. For example, anger and justice are the same trait – you become angry or you seek justice.

What is your most treasured possession?
My body.

What would your superpower be?
Being able to observe things as they really are.

What do you most dislike about your appearance?
It’s difficult for me to smile, especially on command. In almost all my photos I look a bit grumpy.

If you could bring something extinct back to life, what would you choose?
I would save the coral reef – it’s not extinct but it’s on the way.

What is your most unappealing habit?
I am not very good at thanking people around me. I will take it for granted that they know I appreciate them.

What scares you about getting older?
Losing my mental abilities.

Which book are you ashamed not to have read?
None. I don’t think any book is a must-read.

What did you want to be when you were growing up?
Loved.

What is the worst thing anyone’s ever said to you?
I’ve spent years in meditation letting go of these things and I think I’ve succeeded.

What is your guiltiest pleasure?
I don’t feel guilty about pleasure.

What do you owe your parents?
A lot of gratitude. They were always there for me. Sometimes they didn’t know how to help or what to do, but they always did their best, even when I was young and threw a lot of shit in their direction.

What or who is the greatest love of your life?
My husband, Itzik. Even though we come from the same small town in Israel, we met on one of the first dating apps 20 years ago. We married in Toronto in 2010

What is the worst job you’ve ever done?
When I was 16, at the beginning of the summer vacation, I worked in a factory that made industrial valves and I was a much worse industrial valve producer than historian.

What has been your biggest disappointment?
That I still don’t understand life. When I was young, I thought at some point I would find somebody who does. I am 45, and there is a good chance that I’ll never meet somebody like that.

When did you last cry, and why?
When my dog died a couple of years ago. We were in Greece on vacation and a friend was watching her at home, and she was bitten by a snake. We rushed home, but we were too late by a few hours.

When’s the last time you changed your mind about something significant?
This year, with Covid. I am a big believer in the need for global cooperation on major problems, and watching the world over the past year made me realise it’s going to be much, much harder than I thought, and maybe even impossible.

What is the closest you’ve ever come to death?
I was almost run over by a bus when I was 13. And in 1991, in the Gulf war, an Iraqi missile hit close to my house.

What is the most important lesson life has taught you?
That everything changes, people are never satisfied and all identities are fiction.

Tell us a secret
The people who run the world don’t understand it.