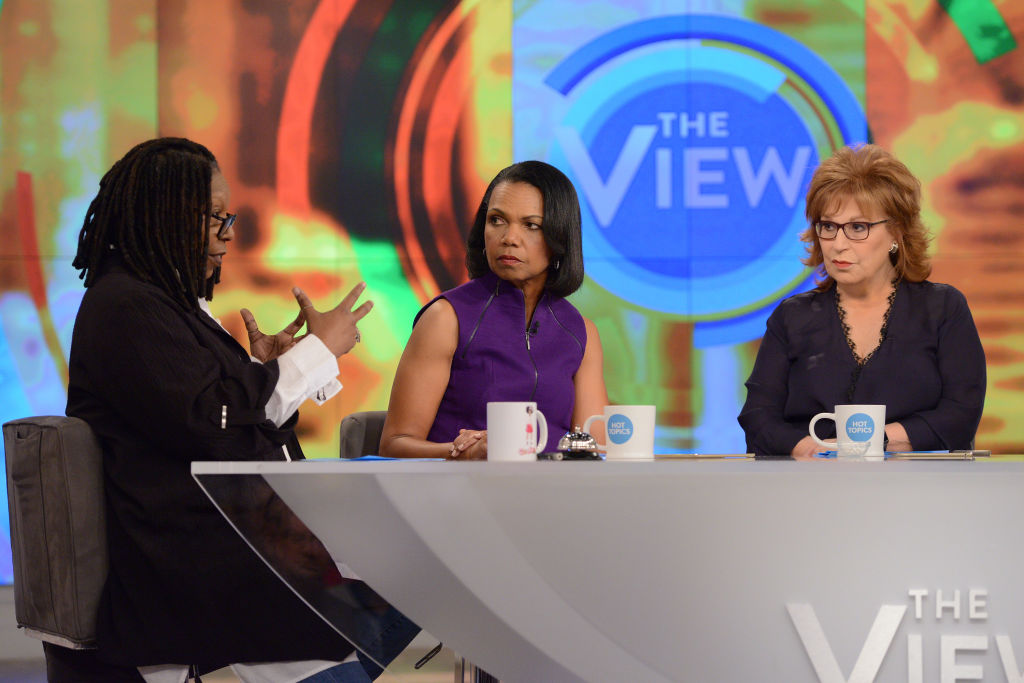 Leading daytime talk show “The View” continues to be a reckless platform with misinformed analysis and bad framings of important issues. In a recent episode featuring former Secretary of State Condoleeza Rice, the panel discusses critical race theory in the Virginia governor’s race. From Whoopi Goldberg’s opening framing about this being simply an issue of concerned parents trying to be involved, the conversation devolves into a dishonest framing of a fabricated issue meant to whip conservative voters into a frenzy.

To be clear if your child is learning critical race theory they are in an upper-level graduate school or law school course. But Rice responds with a mixture of personal testimony and bootstrap commentary about being a little Black child in the segregated south. Rice then sprinkled in some conservative talking points about not wanting white children to feel bad, as she failed to connect how the very history she lived would be excluded from classes if certain groups had their way.

Even as Rice says she wants Black children to feel empowered and doesn’t want white children to feel bad, she glosses over that much of what white parents are claiming to make their kids feel bad are fundamental truths. Texas is one of several states that have used a crusade against critical race theory to attack and prohibit teaching in a way that addresses systemic issues, including racism.

Now she can disagree as an academic with the legal theory, but to pretend that people are pulling their kids out of school to avoid critical race theory is feeding into education disinformation. Allowing this conversation for the sake of hearing “both sides” to appease their conservative audience, “The View” plays into the hands of conservative disinformation networks applauding the furtherance of their agenda on such a large mainstream platform.

To the casual listener, there might be nothing wrong with this conversation. But therein lies the problem with it. Normalizing talking points meant to undermine advancement while engaging in intellectually dishonest commentary only emboldens groups who deal in dishonesty.

The Black principal of Colleyville Heritage High School was targeted by parents for attending a district-approved diversity program, pictures of him and his white wife, and an email he wrote about persisting issues in systemic racism. There are ugly truths that continue in the world, and while some people may wish to hide from them, it does children a disservice to pretend like nothing is wrong.

The new law has also led to another Texas administrator demanding teachers teach “both sides” of the holocaust. What other viewpoint of the extermination of millions of people is acceptable for teaching?

Rice’s response also doesn’t acknowledge the coordinated effort by conservative interests to subvert the education system. Like the Tea Party, these efforts are in many instances coordinated and intentional to disrupt forward-moving progress in society.

As previously reported by NBC, the real motivation behind the anti-critical race theory efforts is to dismantle diversity and equity programming within public education. Handbooks obtained by NBC show that national groups are organizing people to believe that critical race theory is code language for a host of common phrases and practices about creating a more equitable society.

And yes, parents should be involved in their children’s education and well-being. But parents showing up at school-board meetings yelling about critical race theory aren’t doing so to protect children. It is about protecting white supremacy and a way of existing that centers their comfort.

So much of the focus is on not making white students feel bad, but what about the Black and other children of color who may feel bad through direct or indirect references to their value across subjects?

As a parent whose child was “sold” as a slave to make more money to make taxes in a failed triangle trade exercise, there is real trauma in having to deal with lessons that make children “feel bad.” Curriculum choices and activities that cause children harm and fail to provide the space to talk through challenging concepts should be avoided.

Folks like Rice also never have anything to say about racist teaching practices and lessons, like the math teacher recently suspended for the highly offensive mockery of what she assumed was Native culture. Teachers say and do things that make Black and other students of color, disabled and queer students feel disempowered all the time, and yet Rice and others are focused on a problem that doesn’t exist.

“The View” needs to be less worried about appeasing feelings and do a better job at framing meaningful conversations with real consequences.