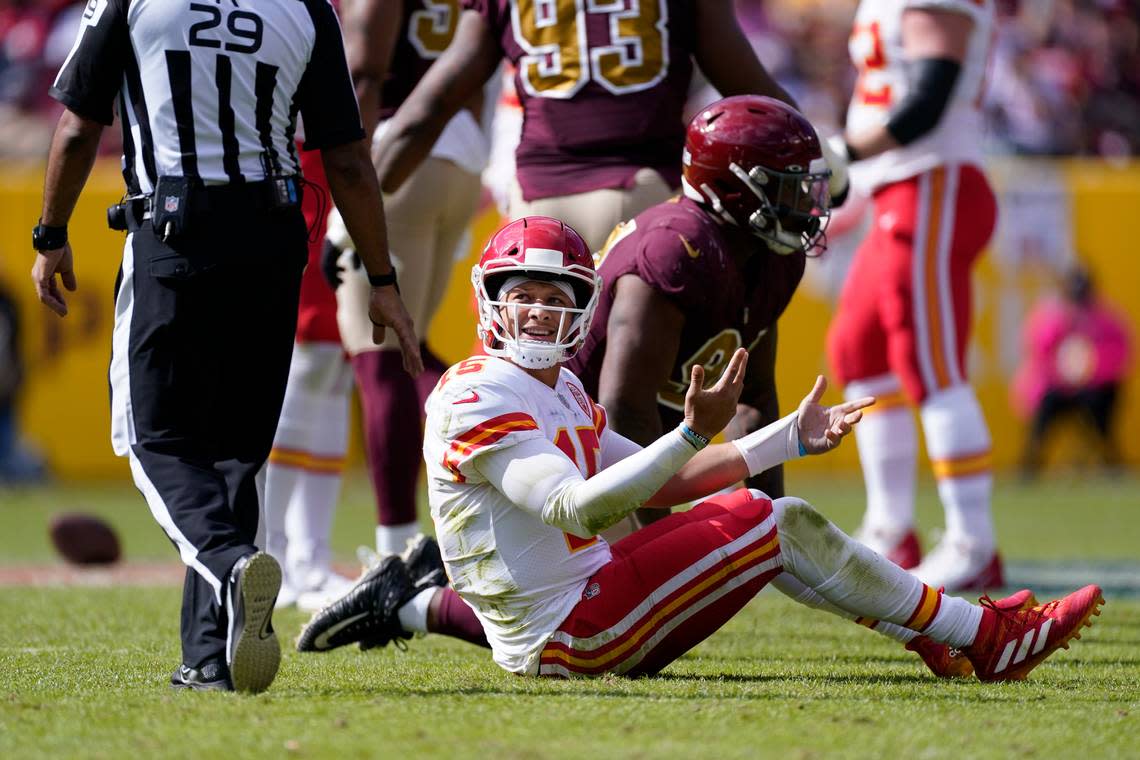 There are no skips in the film room.

As much as Chiefs quarterback Patrick Mahomes might never want to see himself throwing that circus interception again, it was replayed in a meeting room at the team’s practice facility this week. With his teammates in the audience, no less.

They all knew what was coming as they re-watched it — Mahomes dropped the snap, then inexplicably tried to throw over the middle to tight end Travis Kelce, who was well covered. Mahomes never gained a good grip on the football and it floated high in the air, plenty long enough for Washington defensive back Bobby McCain to practically camp under it.

So how did that go over in the film room?

“Everybody just started laughing,” Mahomes said, “including myself.”

The typical purpose of re-watching games, drives and plays is to dissect them. To learn from them. Often, coaches and coordinators will ask players to explain their thought process during a particular sequence.

This time, Mahomes had no answer. More like a shoulder shrug.

The Chiefs have identified turnovers as the kryptonite to an offense that is otherwise rolling. Statistics reveal that turnovers are about the only thing stopping the Chiefs through the first six weeks of the season.

And then … he chose to make that throw.

“There’s no excuse you’re going to make. There’s no rhyme or reason why it happened,” Mahomes said. “You just have to move on to the next play.

“That’s what I did on the football field, as well. You can’t go back and dwell on it. It will probably be shown for a long time. But you kind of just have to move on to the next play. At least I’ll be able to say I won the football game.”

After the win at Washington, Mahomes said he anticipated the play would be shown during ESPN’s “C’mon Man!” segment, which highlights, well, bad plays.

And sure enough, he was right.