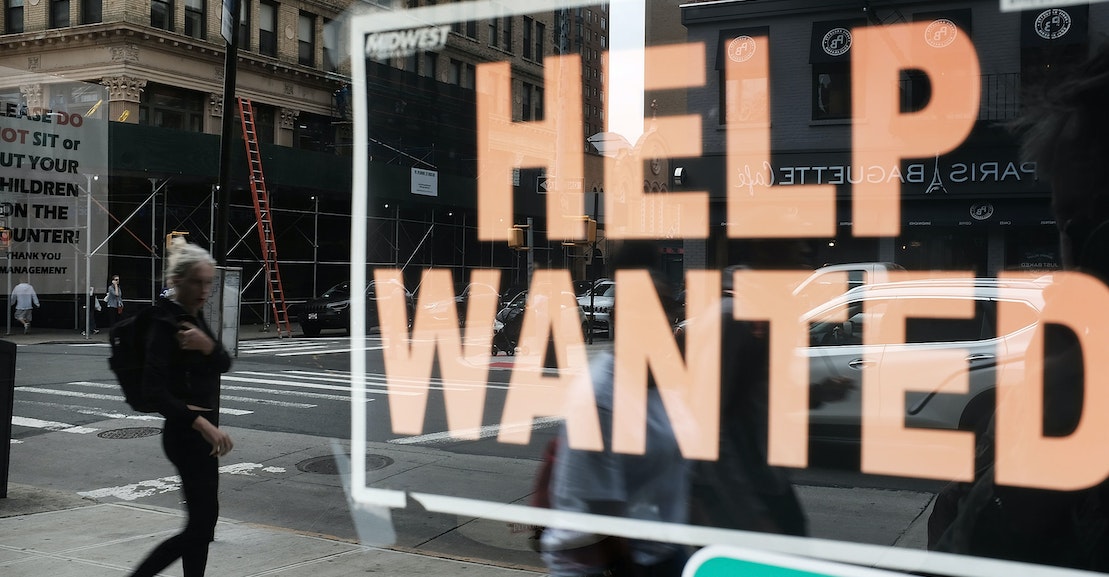 It’s telling that the most popular village explainer of the current labor shortage should be not an economist but a psychologist. Klotz teaches at Texas A&M’s Mays Business School, but he holds a doctorate not in economics but in organizational behavior. Economists say workers are demanding higher wages, or trading crap jobs for better-paying ones, or being choosy because they can live off saved-up extended unemployment benefits that expired in September. It’s certainly possible such speculations are true, and if they are, hallelujah. But any explanation rooted too deeply in the particulars of the U.S. economy bumps up against the fact that—as columnist Ishaan Tharoor observed Monday in The Washington Post—the Great Resignation is global. It’s happening pretty much everywhere. What do workers of the world have in common? (Besides, of course, the desire to lose their chains.) They are, all of them, sick and tired of the global pandemic.

Reports of burnout on the job, Klotz told me, “are about as widespread as they could be.” Frontline workers have experienced the worst of it, but you see it everywhere: “caregivers, executives, mid-level managers, shift workers.” Most likely, dear reader, you have experienced some version of this yourself. There’s also a memento mori aspect, or what Klotz calls “mortality cues.” Folks are dying from Covid-19, and there’s a decent chance you know one or more of them. “When people come into contact with death or illness,” explained Klotz, “it causes us to take a step back and think existential thoughts.” The lockdown has given many of us time to think these matters over.

Finally, we’ve learned during the pandemic that an awful lot of people really like working at home. An October 13 Gallup poll found fully 91 percent want to do at least some of their work from home after the pandemic. “It definitely gives us more freedom to arrange our days,” Klotz said. “When we are given autonomy, we tend not to give it up willingly.”