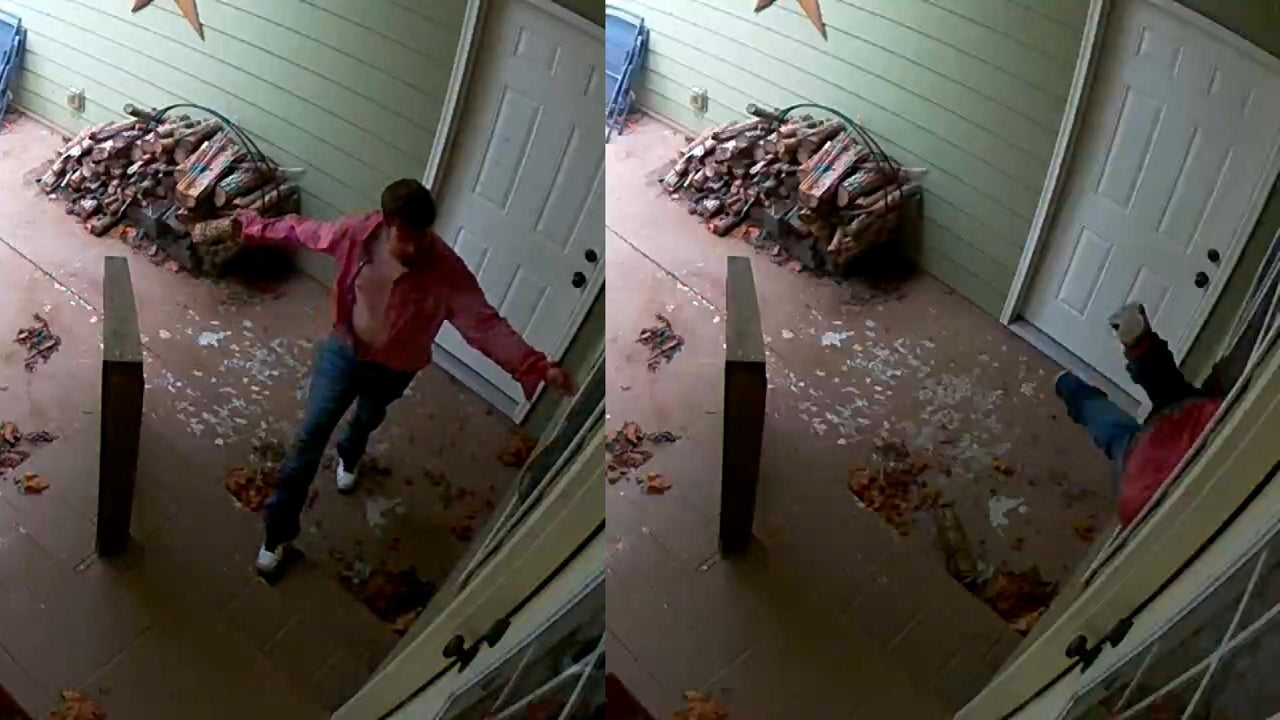 Police are trying to figure out why a belligerent stranger broke into a young mother’s house in Tennessee, prompting her to barricade herself in a bathroom with her 2-year-old son while waiting for help to arrive.

Keane Winchester, 26, is still shaken by the terrifying incident captured on surveillance camera outside her front door.

“We heard a really loud banging and I jumped up, ‘cause I didn’t know what it was,” Winchester told Inside Edition.

The suspect screamed while trying to get into the home. He eventually took a piece of wood and used it to smash in the windows.

Winchester says she grabbed her son, put him on her hip and ran as hard and fast as she could.

The intruder then climbed into the home. It took police 10 minutes to respond.

Police say the suspect was “on drugs.” He told police he knew a previous occupant of the house. He was hospitalized with cuts he got while climbing into the window.

“We have guns, and everybody says you should have shot him. But my first instinct was get my baby somewhere safe,” Winchester said.

Winchester hopes her son Memphis can forget the trauma.

“Honestly, my first thought was he is going to see something happen to his momma,” Winchester said.

The distraught mother adds that the terrifying ordeal won’t be easy to shake.