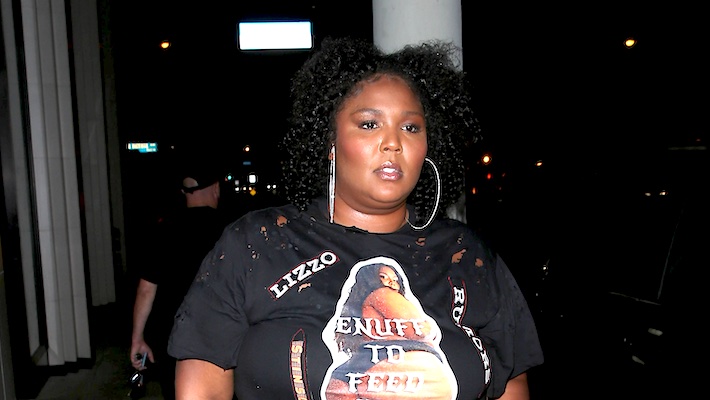 As someone who went from an underground rapper to one of today’s biggest pop stars, Lizzo has had to deal with living in the public eye. And while the paparazzi definitely have a reputation of being harassing, aggressive, and invasive, Lizzo says the average smart phone user is just as bad. The singer compared toxic paparazzi to social media today, saying the prevalence of camera phones has made the average person just as destructive as the paparazzi.

In a recent TikTok, Lizzo spoke about her experience being constantly captured on camera. She urged fans to look in the mirror and hold themselves to the same moral standard they try to enforce on celebrities:

“The media definitely is still out of line. I saw a lot of comments on that post talking about, ‘Oh my god, the paparazzi in the ‘90s were so terrible. They ruined people’s lives.’ You do realize this is called social media for a reason, right? Everybody has a phone and everybody has a camera on it. From my personal experience, I see more camera phones than I see paparazzi.

And it’s not just celebrities. Anybody can catch that smoke now. Anybody at any time can be filmed or photographed without their permission and put on the internet to be ridiculed, harassed, and bullied. A lot of people are driven to self harm, anxiety, depression. I see a lot of people posting their ‘hot takes,’ their opinions on the internet, their cruel jokes, just for likes and engagement and clout. A lot of people holding others to a high moral standard that they themselves don’t even live to. We are the media now, look around. Let’s be better to each other than they were back then. Let’s do better than they did in the ‘90s.”