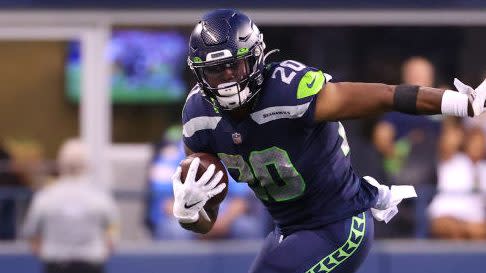 The Seahawks put Chris Carson on injured reserve last week and Alex Collins got banged up in Sunday night’s loss to the Steelers, so there’s a need for some help in the backfield in Seattle.

Head coach Pete Carroll is looking to Rashaad Penny to provide some of it. Penny is able to come off of injured reserve this week and Carroll said Monday that he is ready to return to action this week.

Penny had two carries for eight yards in the season opener before hurting his calf.