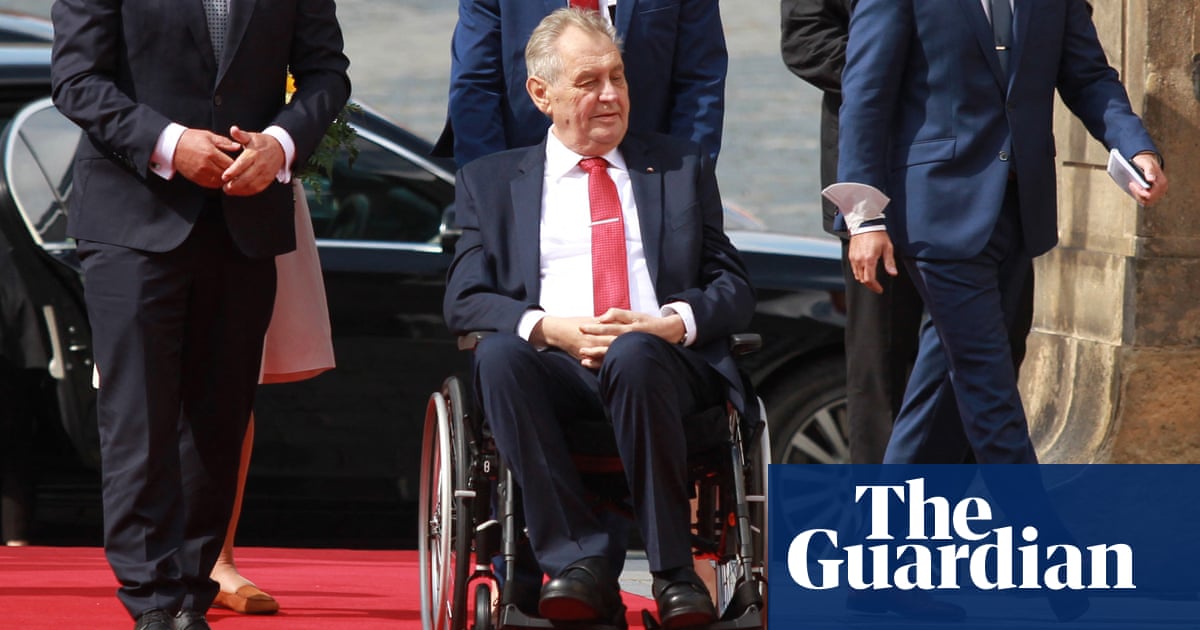 The Czech Republic is facing a full-blown political crisis after the prime minister, Andrej Babiš, demanded the resignation of the chief aide to the country’s gravely ill president and police said they were investigating possible “criminal offences against the republic”.

On Tuesday the senate’s constitutional committee voted unanimously in favour of suspending the powers of the president, Miloš Zeman.

The issue is scheduled to go to a full senate vote on 5 November, with the chamber of deputies expected to vote on the same matter when it returns for its first post-election sitting three days later. A simple majority in each house is needed to transfer the president’s powers.

The jolting chain of events threatened to further complicate the country’s prolonged post-election limbo after the elections this month which led to a shock defeat for Babiš’ ruling ANO (Action for Dissatisfied Citizens) party and which created the need to form a new governing coalition.

The trigger for police involvement followed revelations that doctors treating the president, Miloš Zeman, in intensive care in Prague’s central military hospital, judged him too ill to fulfil his presidential duties and described his prognosis as “very uncertain”.

However, under the supervision of the head of Zeman’s office, Vratislav Mynář, at least one official was covertly allowed to see the ailing president, despite credible and widely publicised accounts that his illness had left him confused.

Zeman’s diagnosis has not been made public but Czech media, citing well-placed medical sources, have reported that he may be suffering from hepatic encephalopathy, a condition association with liver failure that is said to impair intellectual functioning. Reports said he was being treated in the anaesthesiology and resuscitation department, which provides the highest level of intensive care and vital organ support.

Zeman, 77, was admitted to hospital on 10 October, a day after the election was won by two opposition blocs, the centre-right Spolu (Together) and the liberal PirStan alliance, who immediately opened negotiations to form a new coalition.

However, the constitutional power to choose who should form a government lies with Zeman, an ally of Babiš, who has previously said that right should go to the single biggest party, in this case ANO.

The latest revelation about the health of Zeman – following weeks of obfuscation from his office – increased the clamour for parliament to suspend his powers, and fuelled speculation that he might have to resign, thereby triggering an early presidential election in which Babiš is hotly tipped to be a leading contender.

It also intensified the spotlight on Mynář, who stood accused of hiding the true state of Zeman’s health while continuing to give leading political figures access even after doctors advised against it.

Mynář’s role came under scrutiny after the chairman of the Czech senate, Miloš Vystrčil, told journalists that the president’s doctor had informed him in writing that Zeman was too poorly to work. The doctor, Miroslav Zavoral, who is also director of the central military hospital, said the same information had been given to Mynář last Wednesday, according to Vystrčil, who had previously received no response after requesting similar details from the president’s office. But Mynář had continued to set up meetings thereafter.

“In view of the new information published at the press conference [held by Vystrčil], the police of the Czech Republic will initiate an investigation into a possible illegal act, in which signs of criminal offences against the republic can be seen,” Czech police announced on Twitter. The suspected offences were not specified but Czech Radio reported that such crimes included treason, subversion and sabotage.

Police attention appeared focused, at least partly, on a visit last Thursday by Radek Vondráček, the outgoing speaker of the parliament’s lower house, the chamber of deputies, without the permission or knowledge of doctors and a day after Mynář had been told of the president’s unfitness to work.

Vondráček was given a signed order from Zeman to bring the newly elected parliament into session on 8 November, the latest date allowed under the constitution. The outgoing parliament sits for the last time on Thursday.

The visit prompted a hospital complaint to the police, who later announced that officers would stop unauthorised persons from seeing Zeman. Police also announced an investigation into suspicions that the signature on the parliamentary order had been forged after a complainant said it bore no resemblance to Zeman’s handwriting.

Vondráček, a member of ANO, has vehemently denied accusations of forgery, but his visit has been criticised by Babiš, who has since said he will not accept any invitation from Zeman to form a new government and has pledged to aid a smooth transition, a posture some analysts say is designed to smooth the path for a presidential run.

On Tuesday Babiš urged Mynář to resign and said he would fire him if parliament suspended the president’s powers by invoking the constitution’s article 66, under which some of the president’s responsibilities would pass to the prime minister.

“The whole situation that has arisen here is an inadequate and unacceptable activity on the part of chancellor Mynář … it would be best if he resigned from his post immediately,” Babis told iDNES.cz website.