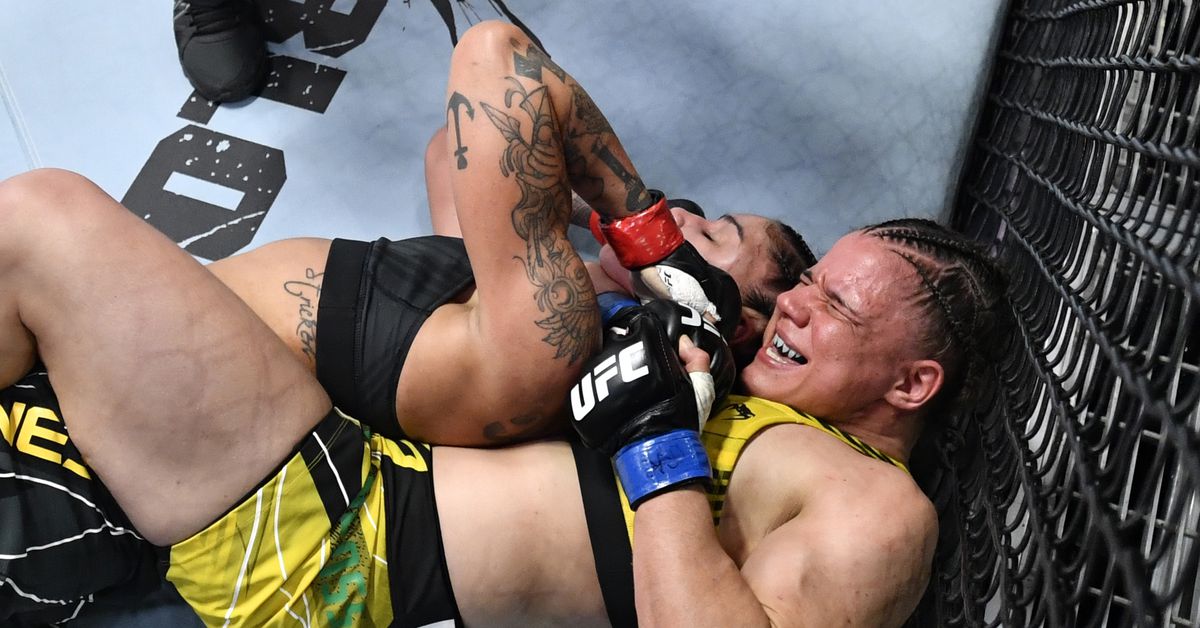 Ariane Carnelossi may have been down two rounds, and had to overcome multiple fence grabs by her opponent, but she was able to kick off Saturday’s UFC Vegas 40 card with a stoppage win.

Carnelossi welcomed former ONE Championship standout Istela Nunes to the octagon in a strawweight matchup. While both women were bringing it, referee Keith Peterson let Nunes get away with three total fence grabs throughout the bout. Carnelossi was able to thwart the third cage grab to earn an important takedown, which eventually led to the powerful 115-pounder locking in a rear-naked choke at 2:57 of the third.

Check out the finish of the fight below:

After dropping her promotional debut to Angela Hill in September 2019, Carnelossi now has back-to-back stoppage wins. “Sorriso” was part of a wild opening bout on the prelims of April’s UFC 261 event in Jacksonville, Fla., where she put away Liang Na with a second-round TKO.

Nunes has now flip-flopped wins and losses over her last four, which includes a second-round submission loss to Angela Lee for the ONE strawweight title in May 2017.