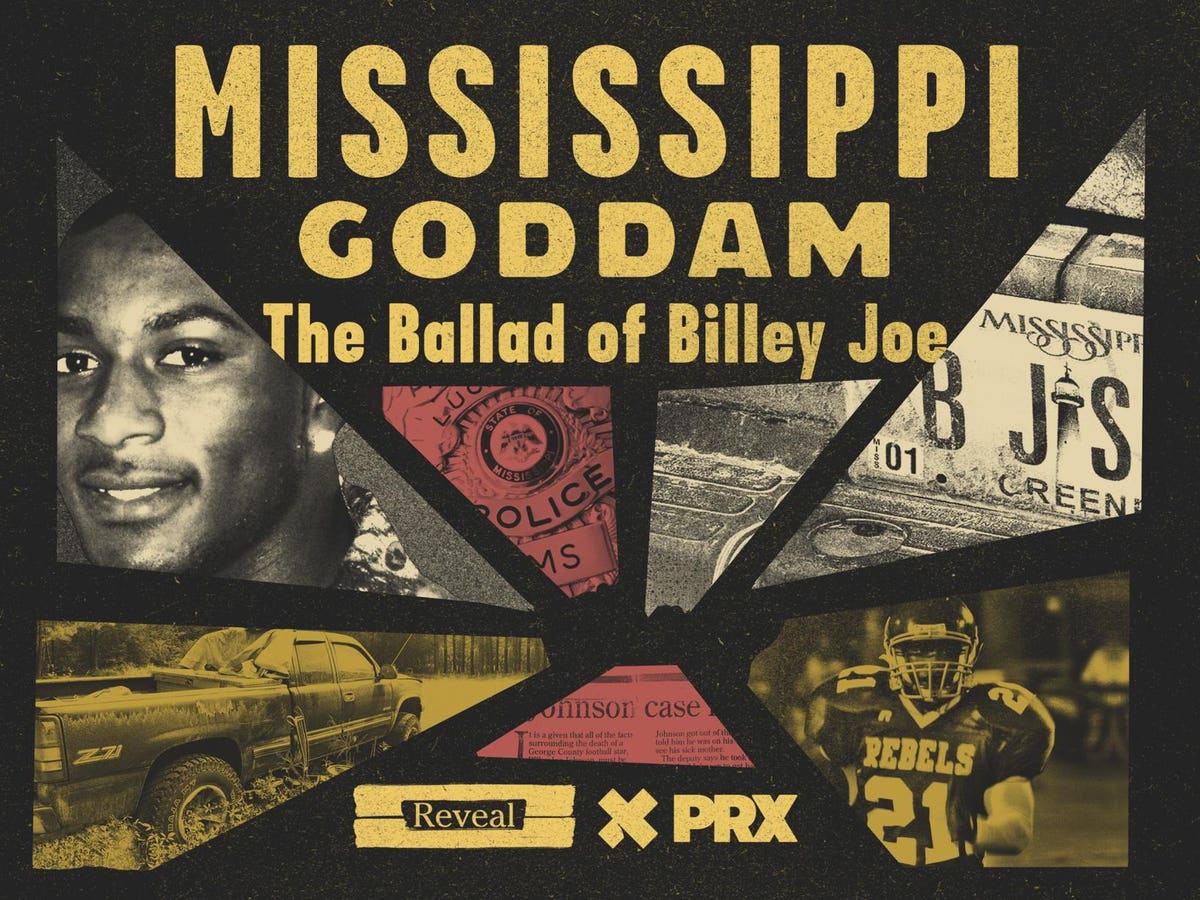 People who tune into Mississippi Goddam: The Ballad of Billey Joe, which debuts tomorrow on more than 500 public radio stations, expecting yet another true-crime podcast, will be in for a shock, according to Al Letson, the host of the seven-episode series.

“There’s a lot of people that are doing some great work in the true crime area,” Letson said in an interview, “But that’s not what this is about. I definitely can see how people will begin to think of it that way, and I think it’s really on us to push hard against that (notion). “What we’re doing we’re looking at the context in which Billey Joe Johnson lived in, as a young black man in America and specifically in Mississippi.”

Mississippi Goddam raises questions about how law enforcement investigated the death of a Black teenager Billey Joe Johnson after being pulled over by a white police officer in Lucedale, Miss., on December 8, 2008, in an otherwise routine traffic stop.

A state grand jury in George County, Mississippi, in 2009 concluded that the “only plausible” explanation for Johnson’s shooting was that it was self-inflicted. George County Deputy Joe Sullivan, who pulled Johnson over, was cleared of any wrongdoing. Four eyewitnesses said Sullivan was in his patrol car with the door shut when the shot that killed Johnson was fired.

Both the State Coroner and an independent medical examiner also concluded that Johnson died of a self-inflicted gunshot.

The U.S. Department of Justice also investigated the circumstances around Johnson’s death and declined to filed charges.

Johnson was 17 at the time and seemed to have a bright future ahead of him. According to the show, he was a standout football player recruited by multiple Division I colleges. Moreover, Johnson would never handle a firearm so carelessly as the investigation concluded because he was an avid hunter who was vigilant about gun safety, Reveal says.

Letson first learned of controversy around Johnson’s death when he traveled in 2011 to Lucedale, Mississippi, to report on the clean-up of the Deepwater Horizon oil spill on behalf of the State of the Re: Union, a show he was producing and hosting at the time. He quickly realized that State of the Re: Union lacked the staff with investigative experience to tackle a complicated story about a potential wrongful death.

“And that’s the kind of muscle that you need to tell this type of story,” Letson said. “Getting any official records in Mississippi, specifically for this case, was hard to get.”

Letson kept tabs on the story over the years. He pitched it to Reveal about 3 or 4 years ago. Reveal accepted his proposal and teamed Letson with investigative reporter Jonathan Jones. Winning the confidence of Johnson’s family was also a challenge.

The duo retraced Billey Joe Johnson’s steps he took before he passed away, using police case files obtained by a family attorney and grand jury testimony. They also examined attitudes about race and interracial relationships affected Johnson’s whose girlfriend was white.

The George County Prosecutor’s Office didn’t immediately respond to a request for comment for this story. It also hasn’t commented on Mississippi Goddam.

“We’re still hoping that before the series ends that we will get that the District Attorney will at least want to hear about what we’ve found,” Jones said.