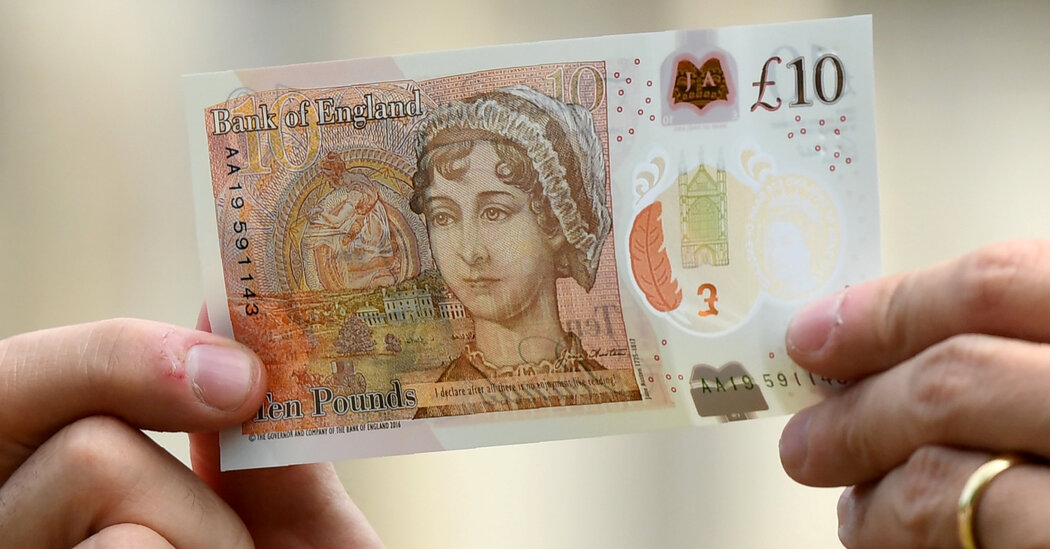 The Federal Reserve and its counterparts abroad slashed interest rates in the face of the 2008 financial crisis and have kept them very low — in some cases below zero — ever since. This isn’t an arbitrary policy: Central banks believe that they need to keep rates low to avoid sliding into recession. But there has long been bitter criticism of low rates, coming from both the right and the left.

On the right, the main complaint seems to be that savers aren’t getting the returns they deserve — although it’s not clear why savers deserve high returns in a world that seems to have more savings than it knows what to do with. On the left, the complaint is that low rates push up the prices of stocks and other assets that are mainly owned by the rich. And this, the critics claim, widens inequality.

Well, I want to take on the latter argument, which is fundamentally misguided. And one way to illustrate why is to think about an economy simpler than the one we have now — the economy of Jane Austen’s England. I’ll explain later how the sense and sensibility we gain from Austen translates in the 21st century.

So: Early-19th-century England was an extremely unequal society that was still largely dominated by landowners, who lived off the rent paid by their tenants. This rent, as David Ricardo explained in 1817, was determined by the interaction of the population with the supply of fertile land. And the income from land was stable enough that it provided a quick measure of a man’s status. The marriageable Mr. Bingley had 4,000 pounds a year; the estimable Mr. Darcy, 10,000. Tellingly, “Pride and Prejudice” doesn’t tell us the value of either man’s estate; the income was the thing.

But England was also in the early stages of the Industrial Revolution, with a rising bourgeoisie deriving its income from industry and trade. This new elite differed in some important ways from the old elite, but the lines were never sharp. Industrialists could buy their way into the gentry by acquiring country estates. Landowners like the Duke of Bridgewater, who built a pioneering canal from his coal mines to the budding industrial center of Manchester, could invest in commerce. And both landowners and capitalists bought government debt, which, I can’t help mentioning, was much higher relative to G.D.P. at the end of the Napoleonic Wars than it is today:

So what determined the interest rate on British bonds and the price of British land? The answer has to be that both depended on the returns from capital investment. There may have been some prestige associated with owning land and (maybe) some patriotism involved in buying public debt, but canny businessmen surely compared the rents or interest they could get by buying land or bonds with the profits they could expect to earn by building factories.

Now indulge me in a thought experiment — something that didn’t actually happen in Austen’s England, but could have. Let’s ask what would have happened in this economy to the price of land and the price of bonds (which is inversely related to the interest rate) if capitalists had, for whatever reason, become less optimistic about the likely returns to industrial investment — say, because they’d seen evidence that this whole industrial revolution thing was falling short of expectations. The answer is that both asset prices would have risen: Building new factories would have become a less good use of money, so investors would have bid up the prices of assets offering fixed incomes.

So since the ownership of land, in particular, was concentrated in the hands of a narrow elite, would falling interest rates and rising land prices have meant increased inequality?

Clearly not. Mr. Bingley would still have been getting his 4,000, Mr. Darcy his 10,000, and their tenant farmers would still have been paying the same amount as before. The paper value of their estates would have gone up, but so what? The distribution of income wouldn’t have changed at all. And the property-owning classes would, if anything, have been worse off, because they couldn’t expect to make as much off future investments.

Now fast-forward two centuries: We’re now in a situation that, in a fundamental sense, resembles my hypothetical scenario for Regency England.

True, rents on agricultural land are no longer a big thing. But monopoly rents — profits that accrue to corporations not because of the physical capital they own, but because they’ve managed to establish a dominant market position — are a very big thing. And the prices investors are willing to pay for a piece of those monopoly rents — the prices of stocks issued by companies that have or are expected to acquire market dominance — depend, like the price of land in the 19th century, on the returns investors think they can earn on alternative investments.

And companies have come to believe, for whatever reason, that the return to new investments in plant, equipment, software and so on is pretty low. It’s probably a combination of slowing population growth and disappointing technological progress (where’s my flying car?), but whatever the explanation, we have a situation in which investors are either buying government bonds (keeping interest rates low) or competing for ownership of shares in monopoly profits (driving stock prices up) rather than financing new stuff.

This isn’t great, but it doesn’t mean that low interest rates are increasing inequality.

Furthermore, and finally, think about what would happen if the Fed listened to the complainers and raised interest rates. The result would be a weaker economy, one persistently falling short of full employment. And one thing we’ve learned from experience is that full employment is one of the best things we can do to help ordinary workers, especially lower-wage workers, who have seen significant pay increases only when the economy is running hot.

So, reader, when you hear people saying that low interest rates are bad because they increase inequality, ignore them. They’ve got the story all wrong.

Ricardo was also worried about automation.

Hard to believe that “Pride and Prejudice” was published in wartime — in fact, in the same year as the Battle of Vitoria, which marked the culmination of years of brutal fighting in Spain, and which Beethoven celebrated as part of an anti-Napoleon propaganda campaign.