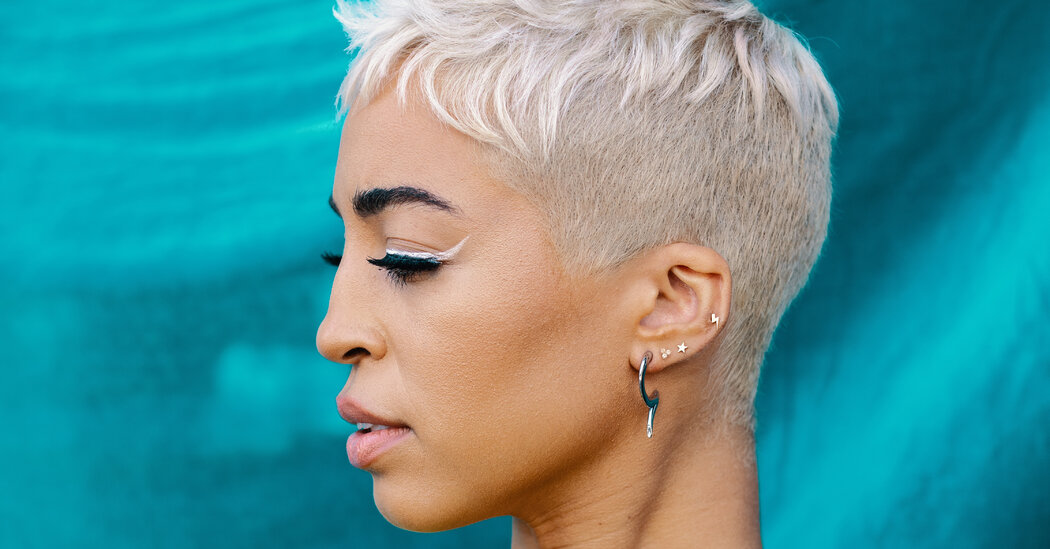 This interview contains minor spoilers for Episode 9 of Season 2 of “The L Word: Generation Q.”

In its five years on air, “The L Word” brought lesbian romances, drama and many, many sex scenes to the small screen. (One hundred eleven, to be exact, but who’s counting?)

But Jillian Mercado — the 34-year-old actress and model who plays Maribel in the show’s reboot, “Generation Q” — never thought she would be in one of those sex scenes. Growing up with muscular dystrophy, she rarely saw physically disabled actors on TV at all.

A Dominican American Bronx native who attended New York’s Fashion Institute of Technology, Mercado began making her name as a model back in 2014, when she landed her first ad campaign with Diesel. Since then, she has signed with Creative Artists Agency; founded an initiative called Black Disabled Creatives; and joined the cast of “Generation Q,” her first acting role.

Although the original “L Word” notably lacked major characters who weren’t cisgender lesbians (or really anyone who fell outside of the narrow scope of straight, white beauty standards), the reboot, which debuted in late 2019, welcomed Mercado into a notably more diverse cast. And this season, as a romance blossomed between Maribel and Micah (Leo Sheng), Mercado got to become the kind of character she wanted to see when she was younger.

“Intimacy and sex for the disability community was never something I literally ever saw on TV until now,” Mercado, who uses a wheelchair, wrote last month on Instagram after her first sex scene aired in Episode 5. “My heart is so FULL of gratitude that I am able to say that I am one of the first people to show you how that looks like on national television, for millions of people to see.”

In the show, Mercado plays a sharp-witted lawyer who often acts as the voice of reason, doling out advice to her younger sister, Sophie, along with their mutual friends. But a more vulnerable side of her character is revealed when Maribel’s friendship with Micah, a transgender man, grows into something more complicated. As Maribel and Micah sleep together and ultimately fall in love, it gives viewers an opportunity to celebrate the two characters’ joy rather than highlight their past traumas.

“Honestly, the only thing that we want is for people to understand that we’re human,” Mercado said.

In a video interview from Los Angeles, where “Generation Q” is filmed, Mercado discussed queer dating and the importance of telling joyful stories about disabled people. These are edited excerpts from the conversation.

Were you a fan of the original series?

I actually used to watch it under my covers when I was younger because my parents thought it was a little too risqué for me to watch, which got me even more curious.

Did you identify with any of the characters?

I don’t think there was a specific person that I identified with. I picked parts of every character. I mean, Shane was always such a badass; she was a troublemaker. Her plots were always so chaotic and interesting.

I come from a Dominican household, and we love drama. We love mixing things up. So I always leaned more toward her character. But I think that everyone just had a different aspect of what life is about. Each character highlighted the best and the worst qualities of the human experience in the dating world, and specifically the queer world.

Do you think the show has done a good job deepening its representation of characters who aren’t white cisgender lesbians?

I mean, I’m on the show, so that says a lot! There’s not one specific way to be queer, and that’s why “Generation Q” has been making sure that everyone is seen and heard.

How did you incorporate your experiences as a queer, Hispanic person with muscular dystrophy into Maribel’s character while also being sensitive to your own boundaries and privacy?

My character — and my work in general — always feeds into my real life and my personal life. But what I’ve learned, as I enter the adult world, is to really make sure that you do take time for yourself and make sure you’re aligned with what you believe in. But I also love being an advocate for my community, and I’ve been privileged to talk in my work about different things that have been lacking in my community.

You’ve mentioned before that seeing Aimee Mullins open Alexander McQueen’s spring 1999 show in custom wooden prosthetic legs was formative for you as an aspiring model; were there any actors on the big or small screen who gave you a similar moment of inspiration?

I think the only representation where there was with someone who had a physical disability was always in a hospital. It was always very medical, like, “Save this person from whatever their disability is.” But we’re not just all about medical devices or medical situations. We’re so much more than that. And on television, if there was representation, it was always played by somebody who didn’t have a disability. And their narration of what I was watching was not even remotely close to my lived experience or to what most disabled people live.

Maribel’s sex scene with Micah is one of few TV sex scenes involving a physically disabled person; what felt important to keep in mind as that scene was developed?

The writers of the show were amazing and so communicative about what would make me feel comfortable and what was most important for me. But I know that I have never seen a sex scene with someone who is actually disabled, onscreen. And I was excited because I was like, ‘Oh, I get to do this for millions of people who’ve never seen it.’ But it also kind of hurt me that that was a reality.

Yeah, it’s hot, and of course it’s “The L Word,” so everything looks amazing and beautiful, but for me, it was so much more than that. It was having the conversation that is such a taboo for people who have disabilities, where people think that we don’t go out; we don’t have relationships; we don’t have intimacy with anybody, because they think that nobody will ever love us because we look different or we live life differently. We all have different ways of being intimate with each other, and just because ours is more visibly different, it doesn’t make it less-than.

Maribel’s relationship doesn’t blossom without friction, but her romantic plotline is notably healthy and positive this season. Why do you think the writers went in that direction with Maribel, as opposed to the complicated (and sometimes very messy) relationships that the show usually creates?

It’s really special to have a story line where it’s not messy and not chaotic — because trust me, I love a good chaotic moment, but I’m a sucker for a love story. I’m such a hopeless romantic. I also think that because Leo is trans and I’m disabled, that’s already a story line in itself. People can just feel like these are just two people who really love themselves, and it doesn’t have to be messy because maybe society views them as messy.

What would you like to see next for your character?

Maribel is such a strong, boss character, so I’m curious to see where she goes because this is the first time that she’s really let her guard down. She’s been hurt so many times. But she’s such a stubborn, determined person that I’m curious to see if she’s going to be the one to mess it up. I know Micah is the sweetest character on this show, so there’s no way that he’s going to do anything like mess that up. But I feel like Maribel might.