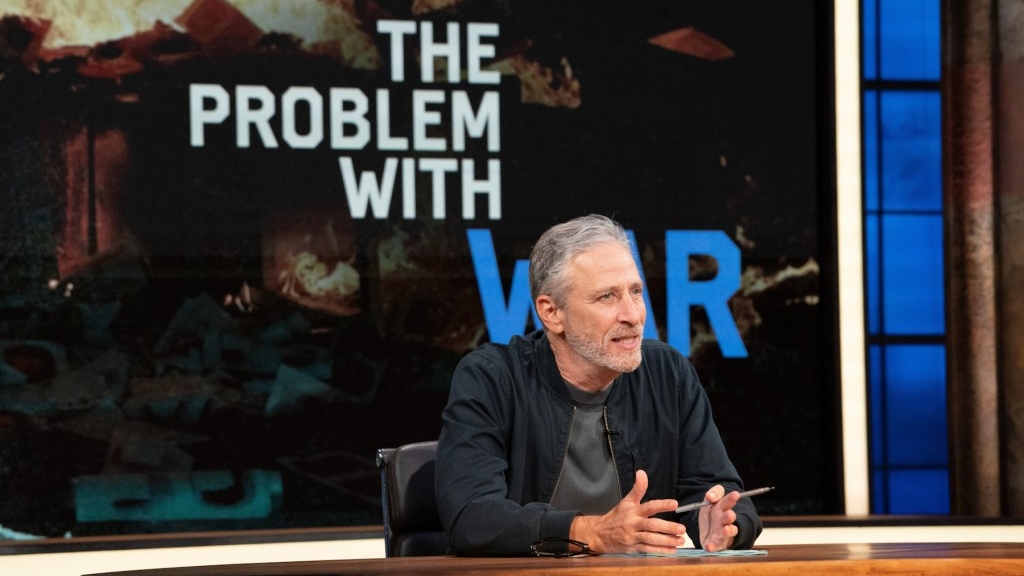 At a certain point, Jon Stewart went from being a comedian and staple of MTV to a satirical news host to one of the country’s most powerful advocates for the disenfranchised. Stewart himself would probably point to 2001 as the year it all changed for him. In the wake of 9/11, he became one of the loudest voices in the room asking for help for 9/11 first responders—a role he continues to take seriously. But along the way, Stewart took up the cause of another group of people who are often overlooked: our country’s military veterans.

In the premiere episode of The Problem With Jon Stewart, the former The Daily Show host’s new Apple TV+ series, Stewart addressed the many ways our veterans are being ignored and mistreated after risking their lives for our country. In a clip from the writers’ room, Stewart and his team talk about the many misconceptions people have about the VA and how veterans are treated once they’ve completed their military service. Including the very false notion that veterans have paid health care for life.

Stewart used his very first episode to shine a light on the truth about war and the brave men and women who are on the frontlines. He lined up a panel of former veterans to talk about their experiences, with a particular emphasis put on the many health risks associated with burn pits—which are exactly what they sound like. As Stewart explains it:

“When you invade a country, they don’t tell you when Trash Day is. So everything that the military wants to get rid of, from rotting food to old uniforms to hazardous materials, medical waste, batteries, to ammunition, armaments, entire trucks, nuclear waste, amputated body parts, and—the maraschino cherry—metric tons of human feces. Which obviously you don’t want to pile that shit up on your base, you just want to put it right next to your base and then poor jet fuel on it, and light it on fire.”

It doesn’t take a doctor—or really, even a grown-up—to understand that breathing in jet fuel and literal sh*t for hours on end for days on end could have some serious health risks. Yet, as Stewart explained, “What the DOD and the VA are saying is that they just don’t have the proof, the scientific evidence, that exposure to benzine and dioxins in burning pits made soldiers sick. And the VA and the DOD keep paying for studies to find the proof, using data provided to them by the Pentagon. But lo and behold, those studies are inconclusive.”

So Stewart, being Stewart, took it upon himself to share the proof with those governing bodies, showing a handful of news clips dating all the way back to the early 1980s where the likes of Dan Rather and Chris Wallace were reporting on government studies that concluded that exposure to these toxins can lead to everything from blood disorders to leukemia to cancer. He also cited a 2010 brochure circulated by the VA itself that advised medical examiners to be on the lookout for issues related to exposure to these very toxins.

So why is the VA so desperately trying to deny that breathing in waste topped with jet fuel could be bad for one’s health. “No surprise,” Stewart says, “the answer is money.”

You can watch the full clip above.