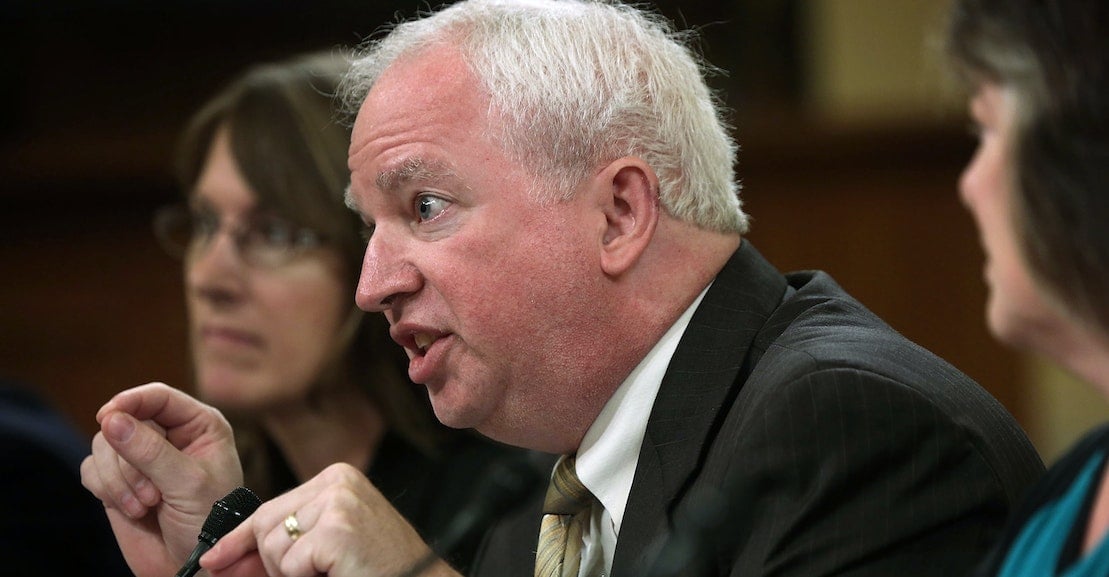 At the end, [Pence] announces that because of the ongoing disputes in the 7 States, there are no electors that can be deemed validly appointed in those States. That means the total number of “electors appointed”—the language of the 12th Amendment—is 454. This reading of the 12th Amendment has also been advanced by Harvard Law Professor Laurence Tribe (here). A “majority of the electors appointed” would therefore be 228. There are at this point 232 votes for Trump, 222 votes for Biden. Pence then gavels President Trump as re-elected.

Howls, of course, from the Democrats, who now claim, contrary to Tribe’s prior position, that 270 is required. So Pence says, fine. Pursuant to the 12th Amendment, no candidate has achieved the necessary majority. That sends the matter to the House, where the “the votes shall be taken by states, the representation from each state having one vote.…” Republicans currently control 26 of the state delegations, the bare majority needed to win that vote. President Trump is re-elected there as well.

It’s worth underscoring the full nature of what Eastman proposed here. The 2020 election was free, fair, and legitimate, and there was zero evidence of serious or significant fraud. Americans simply voted to elect Joe Biden as their next president in overwhelming numbers. Trump disputed those results by lying about widespread voter fraud before and after Election Day. Eastman then argued that Trump and Pence could use those false claims to ignore the voters and the Electoral Count Act and grant themselves another four years in power. It was a staggeringly corrupt plan that would have collapsed American democracy and almost certainly led to widespread civil unrest, if not bloodshed—all because Trump could not handle the embarrassment of losing a presidential election.

Eastman’s gambit ultimately relies upon the Supreme Court, through either action or inaction, to give its blessing to the entire scheme—but only after it becomes a fait accompli. “The main thing here is that Pence should do this without asking for permission—either from a vote of the joint session or from the [Supreme] Court,” Eastman wrote. “Let the other side challenge his actions in court, where Tribe (who in 2001 conceded the President of the Senate might be in charge of counting the votes) and others who would press a lawsuit would have their past position—that these are non-justiciable political questions—thrown back at them, to get the lawsuit dismissed.”

This part would almost be funny if it weren’t so serious. Eastman appears to be under the impression that courts interpret Laurence Tribe’s writings instead of the Constitution or acts of Congress. It is no slight against Tribe to say that this is simply not true. What a Harvard law professor writes, no matter how prominent he may be, is not binding precedent for any court in America. The Democratic Party is also not obligated to accept, let along adopt, Tribe’s reasoning in any instance, so Eastman’s insinuations about their “howls” being hypocritical are pure nonsense. As much as Eastman may wish otherwise, there is no Owning the Libs Clause in the Constitution.

Americans often describe things as “constitutional” or “unconstitutional.” The Constitution itself is vague enough to justify those debates. But “unconstitutional” is not right to describe the contents of this memo. What Eastman proposed—and what Trump sought and what Pence considered—is better described as anti-constitutional, a thorough rejection of its letter, spirit, and purpose. The Constitution exists above all else to provide for American self-government. It is inconceivable that the Founders intended for vice presidents to be able to overturn presidential elections on false grounds for their own potential gain, and the text they drafted cannot be plausibly read to allow it.