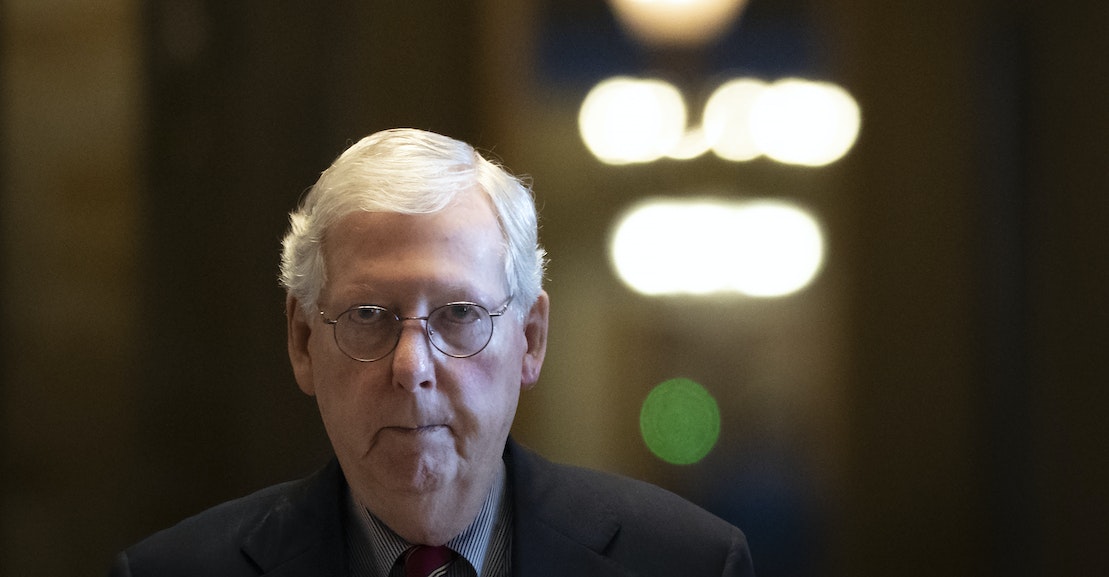 The Washington Post’s Paul Kane came about as close to calling them hypocrites and liars as I’ve ever seen a straight news reporter come. Savor these two sentences, which follow the rules of objective news writing but still manage to lay bare a naked truth in a way most news writing does not: “Because Democrats control the White House and both branches of Congress, [McConnell’s] argument goes, they alone are responsible for safeguarding the government’s creditworthiness and preventing a potential economic calamity. No such rule exists, nor has it ever.”

He also called out our old friend Susan Collins. She’s one of the four Republicans who did not sign Mitch’s letter, which means she might be given a benefit of the doubt here. But Collins told Hill reporters last week that because they want to pass these ambitious domestic investment bills, the Democrats “bear the responsibility for increasing the debt limit.” Kane’s next paragraph: “Collins’s remark mischaracterizes the debt limit and ignores her own votes for policies that did or would increase the debt during both the Trump and Biden administrations. The debt limit only applies to paying for the expenses of policies already enacted, not to legislative proposals that have not been signed into law.”

Now, it’s true that the Democrats rolled the dice here. They could have simply put a debt limit increase in the reconciliation bill. They still could, I suppose. But they decided to advance it separately, which means it needs 60 Senate votes to make it a bipartisan vote (traditionally, both parties have given each other a little cover on a debt limit vote), or make the Republicans take the blame for default.

They’ve dared the Senate Republicans, in other words, to tank the economy. And McConnell has countered by saying: You just watch me. And who’s to doubt him? He’s capable of anything. There were still a few norms pre-Trump that Republicans observed. But now, with a party full of federal elected representatives who voted against certifying Joe Biden’s election and who call insurrectionist traitors “political hostages,” there are no norms anymore.