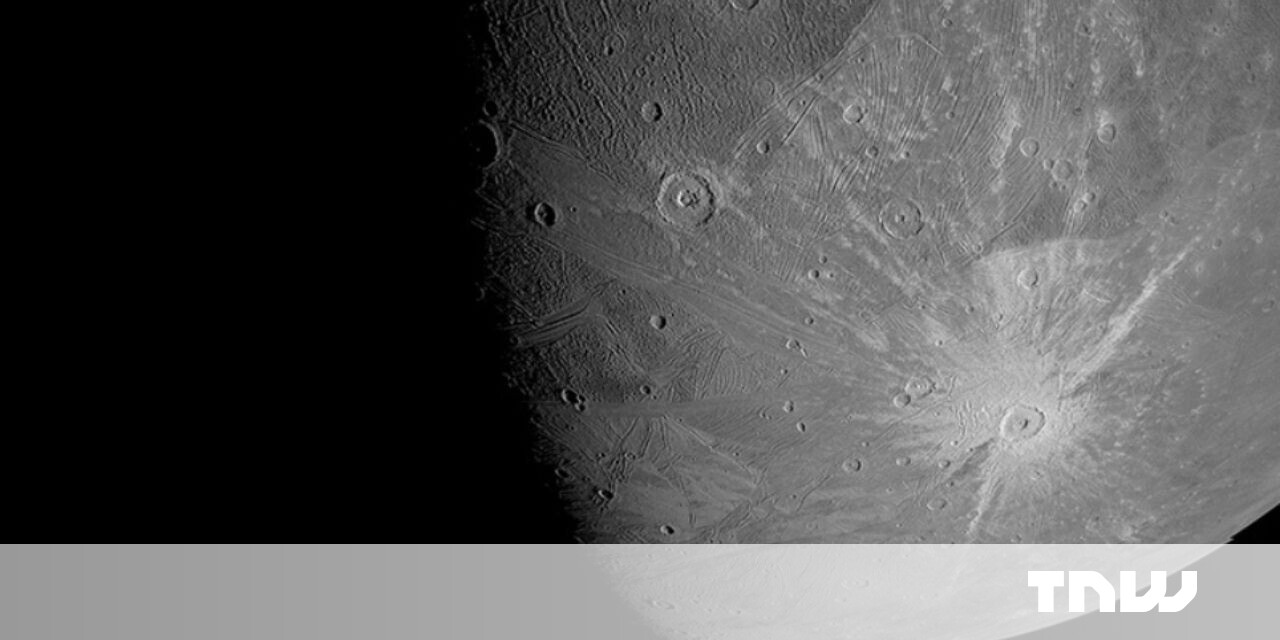 Evidence of water vapor in the atmosphere of Jupiter’s moon Ganymede has been discovered for the first time.

Up front: Ganymede is the largest satellite in our solar system and three-quarters the size of Mars. Scientists have speculated that the vast oceans below its thick icy crust could host aquatic life.

The researchers found evidence of water vapor in the moon’s atmosphere by reexamining Hubble data from the last two decades.

The team analyzed ultraviolet observations of Ganymede collected by two instruments: Hubble’s Cosmic Origins Spectrograph in 2018 and the Space Telescope Imaging Spectrograph (STIS) between 1998 to 2010.

They found that there was hardly any atomic oxygen in the moon’s atmosphere.

They then discovered that at around noon near the equator, Ganymede’s temperature may become warm enough for the ice surface to release or sublimate small amounts of water molecules. These differences are directly correlated with where water would be expected in the moon’s atmosphere.

Quick take: The discovery doesn’t offer much evidence about Ganymede’s potential to host alien life. It will, however, deepen our understanding of the moon’s atmosphere.

NASA said the discovery will also benefit the JUICE mission to Jupiter. Scheduled for launch in 2022, which will search for insights about Ganymede as a planetary body — and potential habitat.