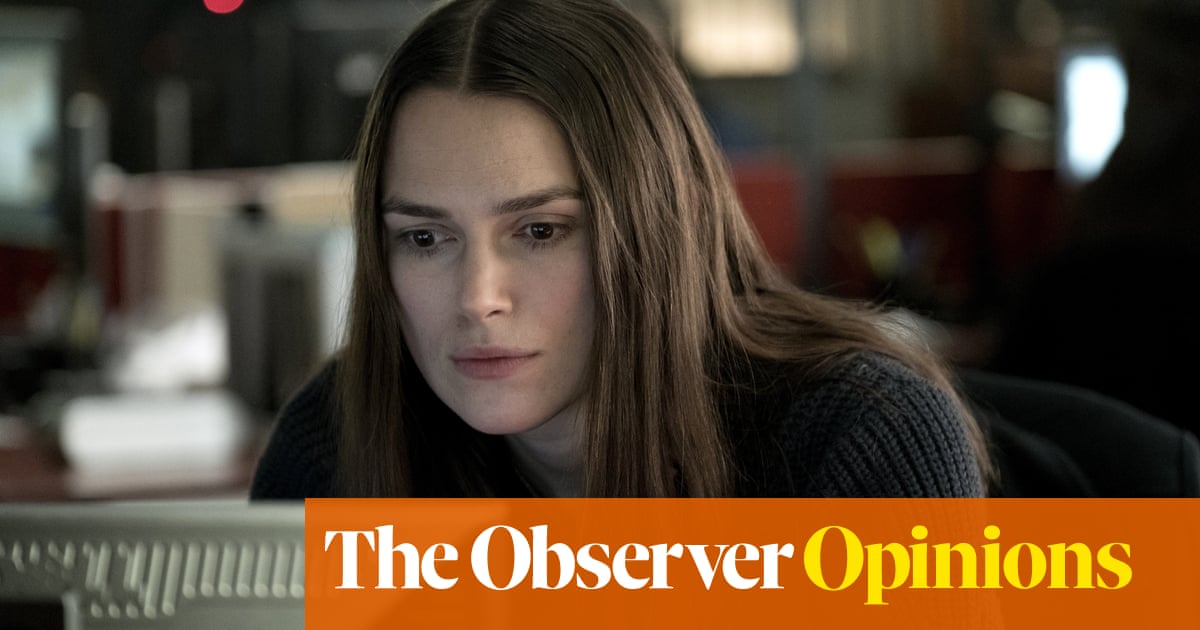 Yet no one contemplating the autocratic control his government is awarding itself has said that his transformation from celebrity journalist into secret policeman needs explaining. The one principle even his sternest critic would expect him to defend was a free press. Yet there he is threatening to censor and imprison like a part-time Putin.

The hypocrisy is exceptional even by the standards of this government. In 2003, the Blair administration went for the BBC for claiming that it had “sexed up” its dossier on Saddam Hussein’s weapons of mass destruction to justify invading Iraq. Johnson supported the corporation. The BBC was engaged in “justified reporting”, he wrote in the Telegraph, and Blair was training “his guns at exactly the wrong target”. Now, Johnson is aiming his guns at every target: civil servants, police officers, newspapers, broadcasters and any member of the public who reveals what his government wants hidden.

In its consultation for legislation to “counter state threats”, the Home Office proposes to “modernise” the Official Secrets Act. Its measure is only modern in the sense that Putin’s Kremlin or the Chinese Communist party is modern. Johnson is showing his modernity by going with the flow of a world where states everywhere are treating accountability as treason.

If the government wanted to protect genuine secrets and was concerned solely with serious crime and hostile foreign powers, I would have no objection. Instead, it has decided there can be no public interest defence for an unauthorised disclosure. An official or reporter will not be able to escape jail by saying they had exposed an abuse of power. The requirement that the government has to prove that an unauthorised disclosure has caused damage will go, too. The leak may be in the public interest. It may not have harmed national security or interfered with an operation against organised crime. No matter. Both source and reporter are guilty.

For once in its history, the Home Office is spelling out what it believes in plain language. “We do not consider that there is necessarily a distinction in severity between espionage and the most serious unauthorised disclosures,” it says. The foreign agent and the domestic reporter are potentially equal threats.

Martin Bright, the editor of Index on Censorship, whose confrontation with the secret state when he worked at the Observer is shown in the Netflix film Official Secrets, invites you to imagine the chill that will descend on public life. Every leak and unofficial revelation will have the potential to become a criminal offence. The state will then have the political power to pick and choose which case to prosecute.

The National Union of Journalists – my union, to declare an interest – has gone through official secrets cases the government could not successfully prosecute under existing law to show the danger we face. They include the police harassing Channel 4 for reporting on how undercover police officers had spied on Stephen Lawrence’s family. The Met going for the Guardian for revealing that officers thought the phone of the murdered teenager Milly Dowler had been hacked and Belfast reporters facing prosecution for revealing links between the police and loyalist murderers. These were not attempts to protect national security but to close down legitimate investigations.

Johnson, like too many commentators of the left as well as the right, was a canny marketer who gave his customer base what it wanted. The resultant hypocrisy is depressing but all too common: the progressive columnist deplores racism on the right but ignores antisemitism on the left; the Conservative pundit deplores abuses of power by leftwing governments and endorses them when their side is in power. Both would rather keep their foot on their enemies’ throats than defend basic standards of truth telling and the integrity of the democratic system.

The Johnson government has gone for everyone who might weaken its control, from the BBC to the judiciary. But there is more to today’s expansion of police powers than the simple determination of the power-hungry to avoid accountability. Johnson is a stranger man than many realise, with a psychological need to repress. The Tory press in the shape of the Daily Mail and the Sun senses it and is not giving its government a free pass. It has reported condemnations of Johnson for “criminalising public interest journalism” and “treating journalists like foreign spies”.

Johnson was not just a Conservative columnist. He was (and is) a fantasist who convinced himself of his fantasies before selling them on to his audience. He was fired for telling lies by the Times, invented fables about the European Union for the Telegraph and helped persuade 52% of voters that we could tear up our relationship with the EU without feeling any pain.

Maybe it was his miserable childhood that pushed him into make-believe. His father had affairs. His mother had a nervous breakdown. The family moved home 32 times in his first 14 years. Maybe it was just a shrewd appreciation of the yearning for illusions in Britain. In either event, hard news is hard for this illusionist to bear. It threatens his story that lost greatness can be restored by wishing for it, and that we should indulge him as he joshes and clowns his way through office because government is just a game.

The celebrity journalist will turn on real journalists, threatening them with jail, rather than risk admitting reality into his never-never land.

The police, the Home Office, the security services and everyone else in government who will exploit the new official secrets act may not want to be loved in the manner of our needy prime minister. But they do not want their mistakes exposed either. The hard-faced chief constable and the back-covering bureaucrat have more in common with the Downing Street dilettante than you would expect. The desire of a narcissistic personality to shield himself from criticism neatly joints with the desire of an unaccountable bureaucracy to protect itself from scrutiny.