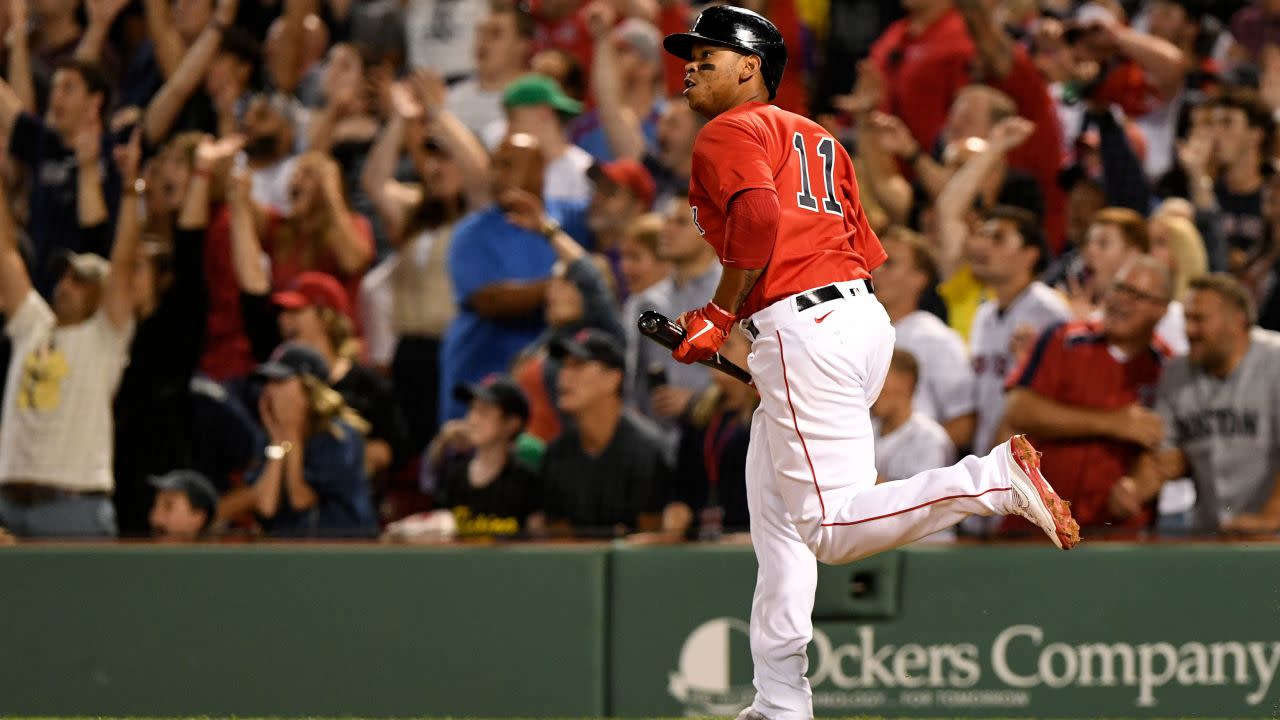 The All-Star third baseman blasted two three-run homers as the Red Sox emerged with a 6-2 victory at Fenway Park, giving Boston a 9-2 record against its rival from New York this season.

Devers’ first home run came in the fifth inning with the Yankees leading 1-0. He took a fastball from Yankees ace Gerrit Cole and sent it into the Green Monster seats in left field for a 3-1 Red Sox lead.

Devers hit another three-run homer in the seventh inning to double Boston’s advantage to 6-1.

These two blasts brought Devers’ career home run total to 100, and he’s only 24 years old. Devers also is tied for fourth in the American League with 26 homers on the season. He’s tied with Toronto Blue Jays star Vladimir Guerrero Jr. for the most RBI with 79.

The Red Sox will try to continue the Yankees’ misery Saturday afternoon in the third of a four-game series between these rivals at Fenway Park. Boston won the first two matchups of the series and enter Saturday with a 10-game lead over New York in the AL East standings.