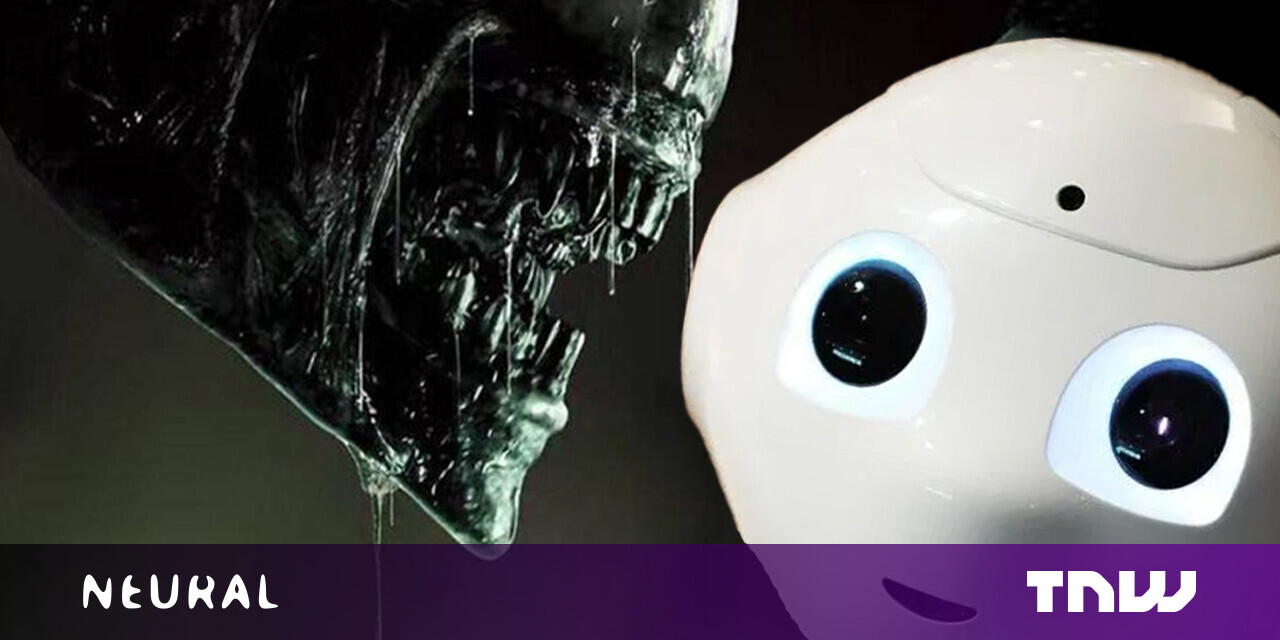 What if artificial intelligence technology and extraterrestrials are inextricably linked?

Some experts believe aliens are waiting for us to develop more advanced AI before they reveal themselves. Others think aliens gave us our current AI technology. And still others theorize that space aliens are AIs.

Let’s see how these ideas hold up to some very light scrutiny.

The US government will be issuing an official report on 25 June covering declassified data on 120 UFO sightings from the past two decades.

The report was ordered by Congress after a bipartisan session determined the government should come clean concerning a shadow investigation on UFOs that’d been in operation since at least 2007.

Much of Congress’ concern relates to US Navy videos taken by pilots stationed aboard the USS Nimitz in 2004 and later which were leaked to the public. These short video clips appear to show unidentified aerial phenomena – the government’s official term for UFOs – in the form of small, dexterous aircraft.

TNW’s own Alexander Griffioen, a recognized UFO expert, recently gave an interview with my boss, Anouk Vluegels, to discuss the event.

[Read: This UFO expert is excited about the Pentagon’s new report — but don’t expect aliens]

During the interview, Alexander spoke about some of the things researchers have identified going on in the videos that might point towards UFO activity:

For example, there’s instantaneous acceleration: moving from zero to Mach six or seven in seconds. If a human being was inside that craft, they would turn into mush because of the G-forces. Another one is ‘transmedium travel’: the ability to move in or out of the water without losing speed.”

If these are indeed extraterrestrial objects operating under the control of an alien force, it stands to reason they wouldn’t be biological. As Alexander points out, sustained flight in near physics-breaking paradigms would likely be fatal to anything built like us.

Also, we do have some experience with making contact with other planets. We’ve landed machines on Mercury, Venus, Mars, Jupiter, and Saturn. Since that’s the only data we have, it’s at least a little useful to imagine an alien species might go the same route and send AI first too.

Basically, it makes sense that aliens would send drones instead of pilots. I’d call this theory at least somewhat feasible, as long as you’re willing to assume there’s intelligent life out there. That’s a big assumption, but we’re still within the realm of scientific theory here.

However, once you start adding in extra assumptions involving giant coverups, as some scientists have, it becomes a conspiracy theory. We can’t get around a scientific mystery by obscuring it in further mystery.

People have imagined hyper-advanced civilizations visiting Earth to share technology since we first gazed up at the night sky.

There are still those who believe the pyramids of Egypt were built with the aid of aliens. The modern day version of this belief is that aliens gave us our current artificial intelligence technology in order to set us on the path to becoming an interplanetary species.

I like this theory because it means Elon Musk is probably an alien. It’s also fun because, if you believe it, it’s impossible for anyone to convince you you’re wrong. It requires you to always assume the government knows something any expert or science-minded person doesn’t. You’re either in on it, a patsy, or one of the few elite people smart enough to “figure it out.”

But it doesn’t make a lot of sense. There’s no mystery behind Earth’s AI technology.

Despite the incredible advances and increased usefulness we’ve seen from deep learning technologies in the past decade, AI isn’t all that much more complicated today than it was in the 1920s when it first rose to prominence.

People who don’t have an intimate understanding of exactly how so-called “advanced” technologies work often think technology springs forth from a void like a magical spell.

But the truth is that science and technology are seldom defined by eureka moments that come in game-changing leaps. But, instead, by a slow, never-ending slog for truth that allows our collective knowledge to endure from one generation to the next.

If aliens gave us AI, the question is when? There are no inexplicable leaps in the history of artificial intelligence technology.

Today’s modern algorithms and the computers they run on can be reverse-engineered with mathematical precision all the way back to the ideas of philosophers such as Pythagoras and inventions such as the Antikythera mechanism – both of which existed more than 2,000 years ago.

It’s tripe to think we’d need aliens to give us something we’ve obviously been working on for thousands of years. The same goes with the pyramids. They didn’t spring up in the abstract, they were built piece by piece.

It’s a popular myth that we can’t explain how they were built. We can. We’re just not sure exactly which of many possible methods were actually deployed, which makes it more of a records-keeping problem on behalf of the ancient Egyptians than a mysterious puzzle.

And that just brings us to my favorite of all the trending AI and aliens tropes: the idea that aliens are AIs.

What if those UFOs the US Navy saw weren’t drones, but were actual sentient machines from another planet? Or what if aliens could visit Earth as ghosts in the machine without anyone knowing. Maybe that’s where computer glitches come from and why resetting our devices always seems to work like magic.

This would mean that the aliens we’re scanning the cosmos for are already here. They could even be hiding in plain sight – like robots in disguise.

But here’s the rub: We already struggle to demonstrate any evidence for organic life. Taking that a step further and assuming that not only is there organic life elsewhere in the universe, but that it either created or evolved into sentient machine life as well, is doubling down on the things we don’t know.

We do not know that our own artificial intelligence technology will ever lead to general AI, sentient machines, living robots, thinking computers, or any other life-adjacent technological paradigm. We can only guess this will happen and continue working towards it.

Today’s experts predict these advances could be “right around the corner,” but they also predicted AI would win World War II when the Russian, British, US, and German military forces scrambled to develop and deploy it in the early 1940s.

We might be on the verge of proving AI is capable of true intelligence. And we might not.

For example, we’re no closer to time travel today than when the Manhattan Project ended in 1946. But quantum computing, once thought a parallel technology to time travel, is moving along nicely with functional (albeit not quite useful yet) examples from both Google and IBM in operation today.

There are no guarantees in science

If the truth is out there, we’re more likely to find it by focusing our efforts on advancing the tools we have and applying them to the search for ET.

Conjuring fantasies where aliens come to Barack Obama or Ian Goodfellow in a dream, and gift one of them the master algorithm, doesn’t push the field forward. Even though it is a lot of fun.

The problem is that the hunt for extraterrestrial life is actually quite serious.

We need UFO enthusiasts and people who believe. They’re important to our society.

But there are dangers to confusing the mainstream public and we’re at a point in time when a significant percent of the global population does not understand AI.

When the mainstream public stops understanding the lines between legitimate research and conspiracy theory, it can make it hard for real scientists to do real science.

And we need AI researchers and other scientists focused on building better algorithms so astrophysicists can develop stronger simulations, engineers can make useful quantum computers, and, with any luck, someone will finally figure out warp drives.

All of these things are firmly based in reality, should help us find any ETs out there, and, arguably, they’ll be necessary for our future whether aliens exist or not.