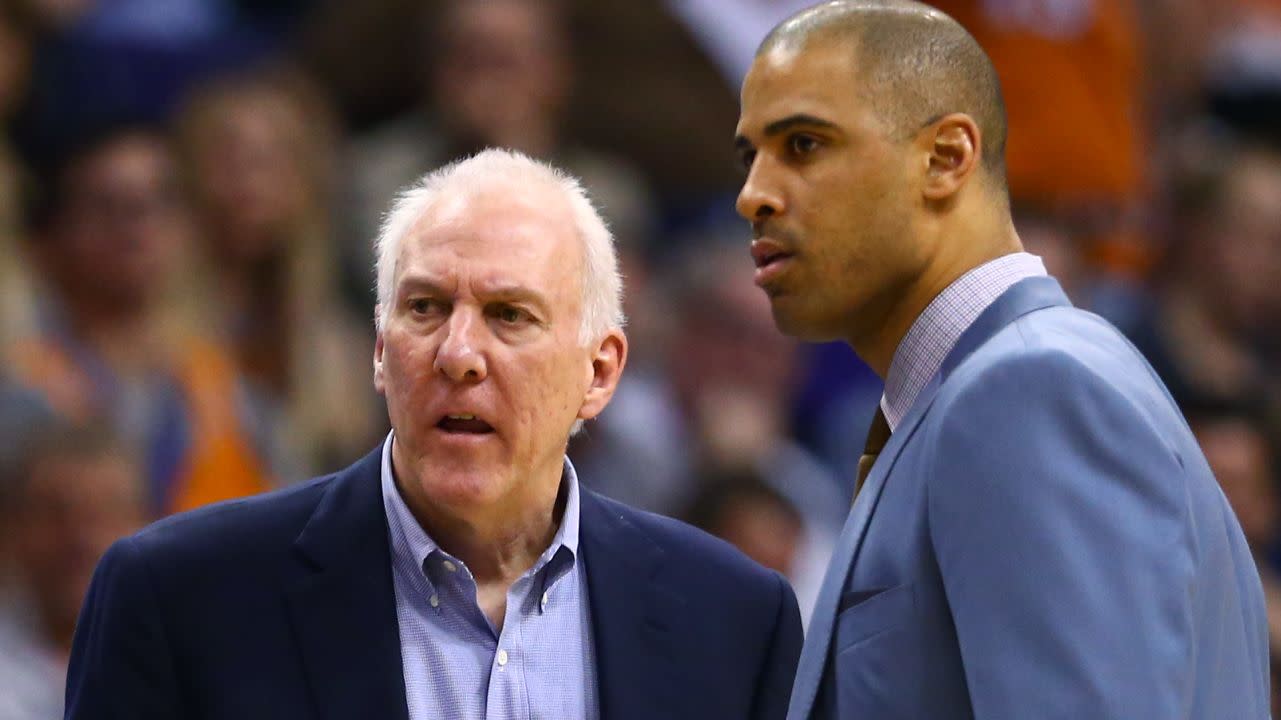 The Boston Celtics have finally found their man.

Udoka has been considered one of the rising stars in the coaching ranks for a while, even going as far back as 2015 when he was working on the staff of San Antonio Spurs head coach Gregg Popovich. Udoka won a championship with the Spurs in 2014.

What can Celtics fans expect from Udoka? The following quote from Popovich in a 2015 ESPN story written by Kevin Arnovitz does a pretty good job explaining how effective Udoka is at communicating with players, among other abilities.

“He exudes a confidence and a comfort in his own skin where people just gravitate to him,” Popovich says, per Arnovitz. “He’s a fundamentally sound teacher because he’s comfortable with himself, he knows the material and players read it. Often times, I’ll say, ‘Ime, can you go talk to so-and-so? Go talk to Patty Mills, go talk to Timmy, go talk to Kawhi.’ And he’ll do it better than I would do it — and I’m not blowing smoke. The only thing I don’t like about him is that he doesn’t drink, so I can’t enjoy a glass of wine with him. He’s really boring at dinner.”

ESPN’s Kirk Goldsberry, who also worked alongside Udoka in San Antonio, tweeted Wednesday that Boston made a “great hire.”

Udoka still has a lot to prove in his first head coaching opportunity, but based on his wealth of experience in various roles to this point, there are plenty of reasons to be optimistic about the Celtics’ future based on this hire.