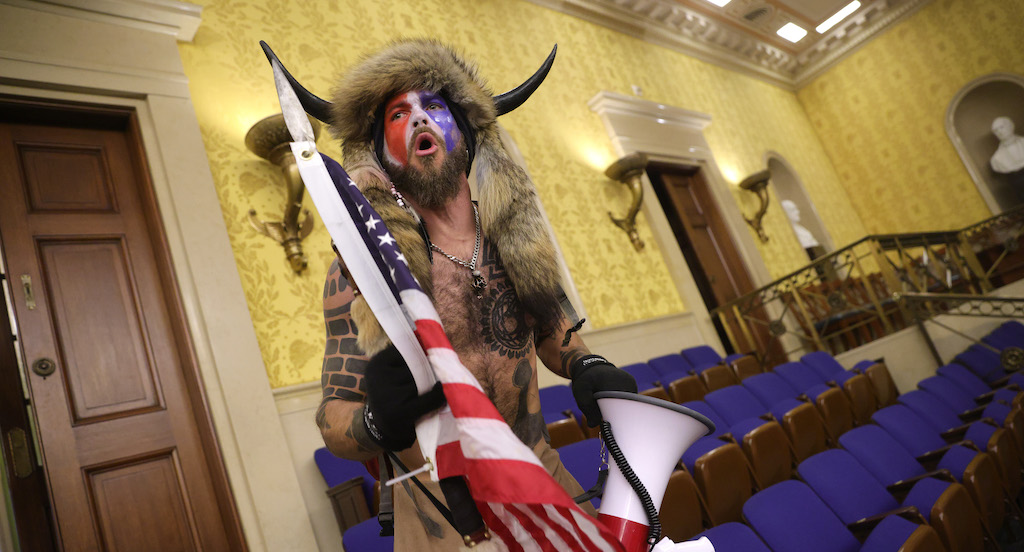 Jacob Chansley, a.k.a., the “QAnon Shaman,” wouldn’t have dressed up like he did for the January 6 insurrection (in the so-called “Chewbacca Bikini” outfit) if he didn’t want theatrics, and he’s certainly getting them. His attorney, Albert Watkins, happens to be the source of much attention directed towards his client, and that’s because, well, Watkins doesn’t really seem to respect or like his client? It’s strange.

As Chansley remains in jail, Watkins keeps talking to the press. First, he reasoned that his client meant no harm while helping to storm the U.S. Capitol because he saved some muffins from fellow MAGA enthusiasts. Watkins then threw out a pretty brutal description for both Chansley and the rest of the mob, calling them “all f*cking short-bus people.. with brain damage, they’re f*cking ret*rded.” Not great! Watkins also decided to (for unknown reasons) visit with CNN’s Chris Cuomo about grooming products and mental health while arguing that his client tried to keep the peace inside the mob.

Watkins latest legal shenanigans involve blaming the rampant divisiveness of the U.S., and in short, he says that all Americans are to blame for his client’s plight:

In a court filing seeking Chansley’s release from jail while he awaits trial, his lawyer, Albert Watkins, said the attack was the direct result of the divisive U.S. political climate.

Watkins said his client has become “inextricably and in perpetuity linked to an event which will become known not as a day of infamy, but as a day on which our nation was compelled to commence bellying up to the bar to acknowledge each of our roles in permitting, fostering, tolerating, endorsing or ignoring without action an ever increasing barrage of divisiveness, intolerance, untruths, misrepresentations, and mischaracterizations through an unrelenting multi-year propaganda odyssey.”

Yet partisan politics in the U.S. (and resulting ugliness) are absolutely nothing new. Watkins previously insisted that Trump “groomed” his followers to be rabid conspiracy theorists, which is not nearly as far fetched as blaming all Americans for what Chansley allegedly did. Speaking of which, he faces six federal charges, which include violent entry as well as disorderly conduct related to the insurrection. Considering that an alleged Oath Keeper pleaded guilty (on Wednesday) for his acts on January 6, more dominoes (including the QAnon Shaman) could react accordingly soon. In other words, Watkins’ maneuvering can’t last too much longer.