Mercedes appears to be testing the next-generation E-Class with a lightly modified test mule high in the German mountains.

The photos, sent to us by our trusty spy photographers, show a dark red E-Class with plastic fender flares, unusual sensors, and a “Brake-Test” sticker on the back. The whole look actually looks rugged and fun but implies that Mercedes is already in the process of getting the W214 E-Class ready for production.

If those fender flares and the seemingly extended track-width are anything to go on, that would suggest that the next E-Class is going to go wider than the current model. Speaking of the current model, although it fits in with Mercedes’ current design language, it’s actually still a generation behind the C-Class and the S-Class. 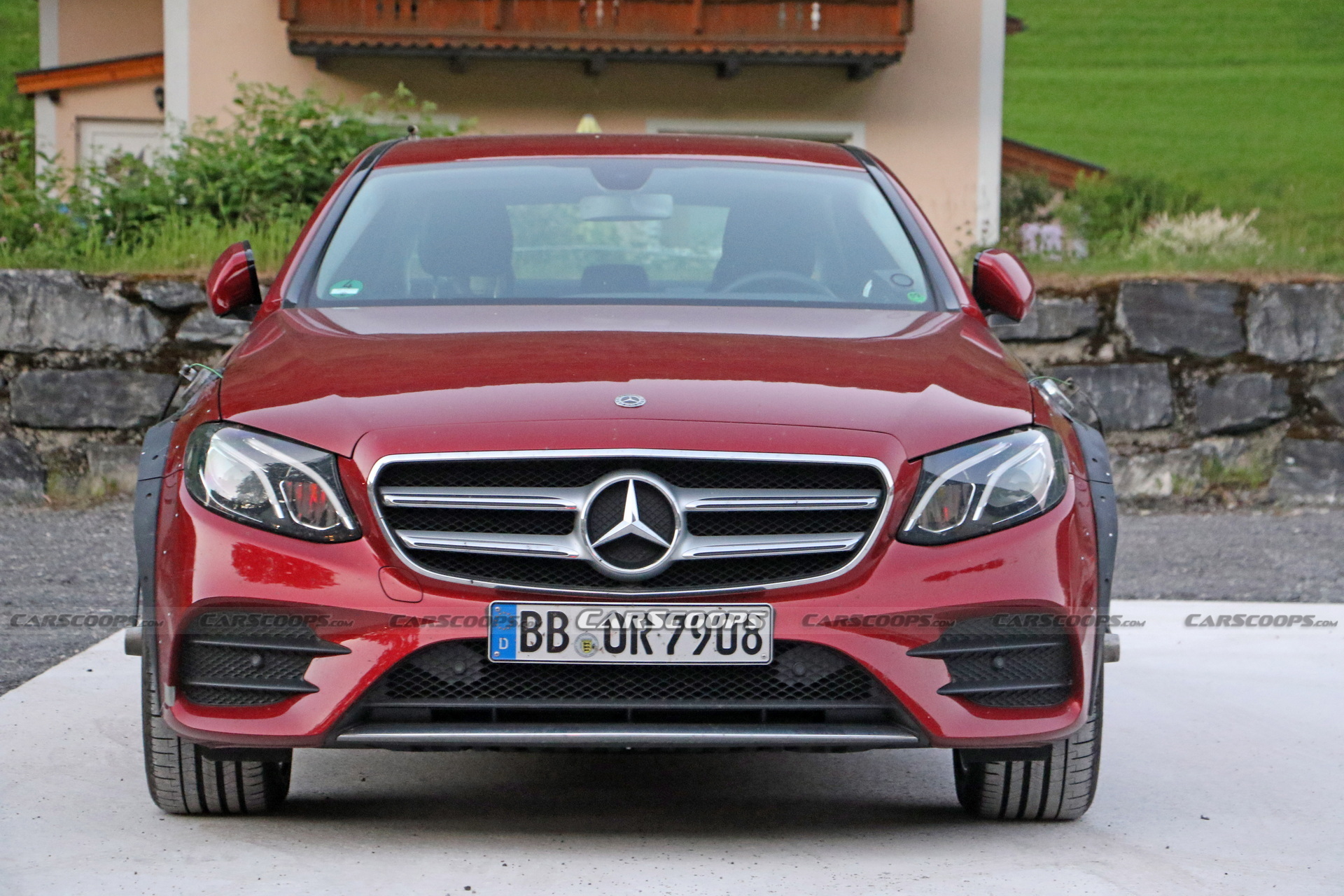 The current, fifth-generation W213 E-Class, though, launched in 2016 and is therefore getting a little long in the tooth by Germany’s premium sedan standards. A new generation is therefore expected before too long. Whether Mercedes will include the level of electrification that defines the new C-Class remains to be seen, but odds are good.

The AMG version of the E-Class is likely to make use of an electric motor to supplement its engine, too. A trademark application for “E73” may suggest a big hybrid to stand out above the rest of the lineup.

Although we’re still a little far out to know when Mercedes plans on revealing the new E-Class, the recent facelift and this mule would make a 2023 or 2024 debut sensible.