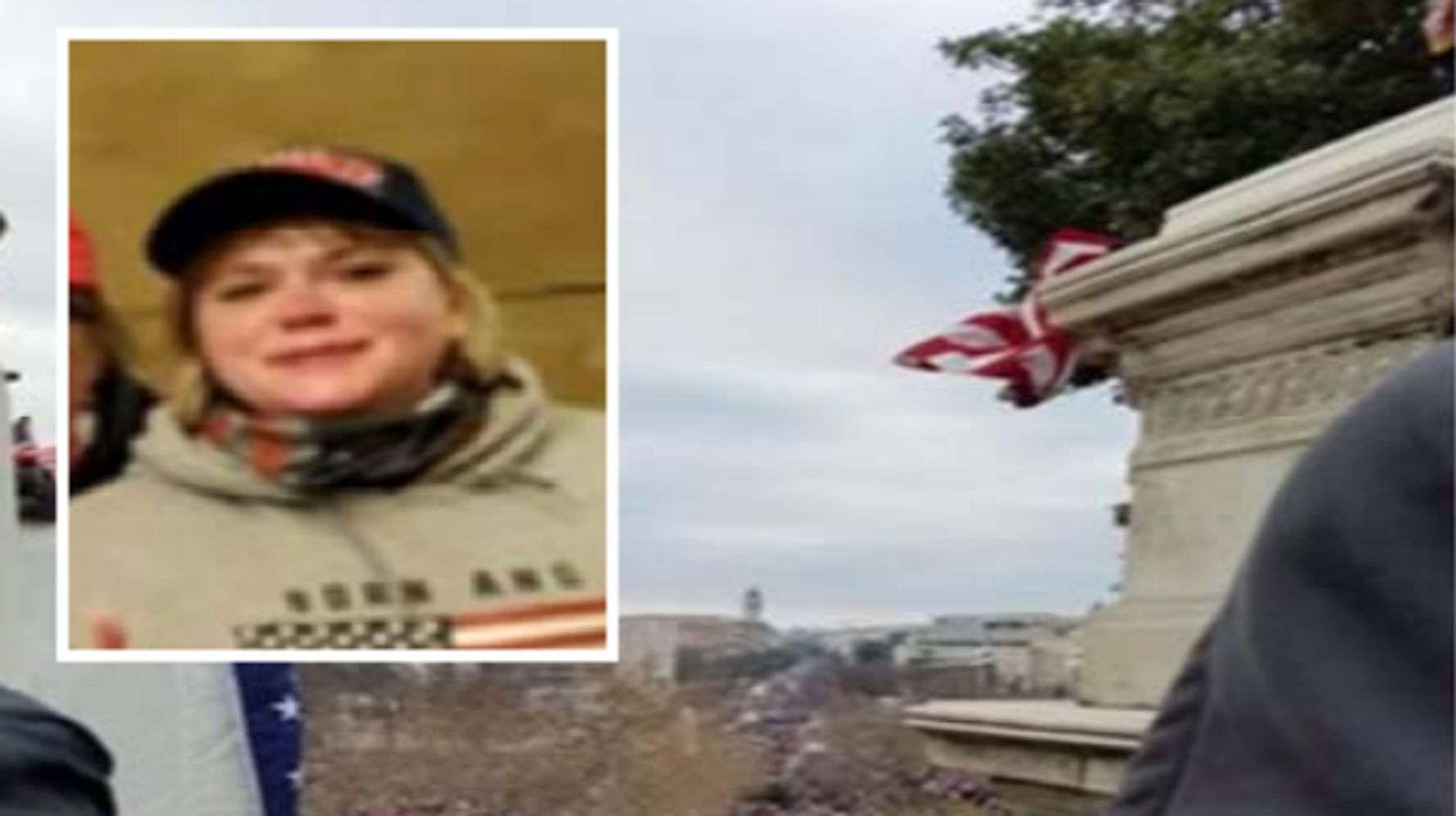 Anna Morgan-Lloyd, a 49-year-old Donald Trump supporter from southern Indiana, became the first defendant sentenced in connection with the Jan. 6 attack on the U.S. Capitol on Wednesday.

Morgan-Lloyd was sentenced to three years of probation, during which she’s prohibited from owning a gun and will have to submit to drug tests. She’ll also be required to serve 120 hours of community service and to make a restitution payment of $500.

“I just would like to apologize the court, the American people and my family,” Morgan-Lloyd said tearfully during her sentencing Wednesday. “I was there to show support for President Trump peacefully and I’m ashamed that it became a savage display of violence, and I would’ve never been there if I had a clue it would turn out that way.”

“It was never my intention,” she added, to participate in something “so disgraceful to the American people.”

The Indiana woman pleaded guilty to one misdemeanor count of parading, demonstrating or picketing in a Capitol building, a charge typically faced by defendants who interrupt congressional hearings after lawfully entering the Capitol and passing through security.

Morgan-Lloyd told the court that she “felt ashamed that something meant to show support for the President had turned violent” and that she was “wrong for stepping even one foot into the building.” Morgan-Lloyd told the court that she realized that her presence in the mob allowed others to attack officers and break windows that day. “For that I am sorry and take responsibility. It was never my intent to help empower people to act violently,” she wrote.

As part of an initiative by her court-appointed lawyer in D.C., who is working to educate her Capitol clients on the uglier chapters in American history, Morgan-Lloyd read the books “Just Mercy” and “Bury My Heart at Wounded Knee,” and watched the movies “Mudbound,” “Schindler’s List,” “Slavery by Another Name” and “Tulsa Burning.” She told the court that she’d “lived a sheltered life” and was educating herself on the experience of others.

“I’ve learned that even though we live in a wonderful country things still need to improve,” she wrote to the judge. “People of all colors should feel as safe as I do to walk down the street.”

The government asked U.S. District Judge Royce C. Lamberth to sentence Morgan-Lloyd to three years of probation as well as 40 hours of community service and $500 in restitution.

In its first sentencing memo in a Capitol case, the Justice Department wrote that “although the facts and the circumstances surrounding the actions of each rioter who breached the Capitol and its grounds differs, each rioter’s actions were illegal, and each rioter contributed ― directly or indirectly ― to the violence and destruction that day.”

Assistant U.S. Attorney Joshua S. Rothstein wrote in the memo that Jan. 6 “will forever be an infamous day in American history ― the day on which the temple of American democracy was overrun and desecrated by rioters seeking to disrupt the lawful and peaceful transition of power.”

While Morgan-Lloyd may have initially referred to Jan. 6 as the “most exciting day” of her life, the government wrote that Jan. 6 “was, in fact, a tragic day for our nation ― a day of riotous violence, collective destruction, and criminal conduct by a frenzied and lawless mob.”

The government said rioters had caused nearly $1.5 million in damages and that it was “critical that those who caused or contributed to the destruction be responsible for the cost of repairing and restoring the Capitol,” because the “fiscal burden should be borne by the rioters, not innocent taxpayers.”

Nearly six months after the Capitol riot, the FBI has made nearly 500 arrests in connection with Jan. 6. Hundreds of additional investigations are in the works, and there are hundreds of suspects who have yet to be arrested listed on the FBI’s Capitol violence wanted page.

Attorney General Merrick Garland told reporters on Tuesday that he received updates about Capitol cases in his daily FBI briefing each morning, and meets with Deputy Attorney General Lisa Monaco to discuss the Jan. 6 investigation each Thursday. Garland said that he’s still “wrestling with” how closely he should manage the Jan. 6 cases, and was helping create “roadmaps” and “general policies” for how the cases were handled, though he said there could be individual cases where he was more closely involved.

Morgan-Lloyd wrote in her letter to the court that she “would have loved to have seen the artwork and statues that the Capitol Building holds” and to “walk where some of the greatest people in our country’s history has walked.” Her attorney said she hopes to make it back one day.

“She hopes one day to return to the U.S. Capitol in homage and reverence to our country,” her lawyer wrote.