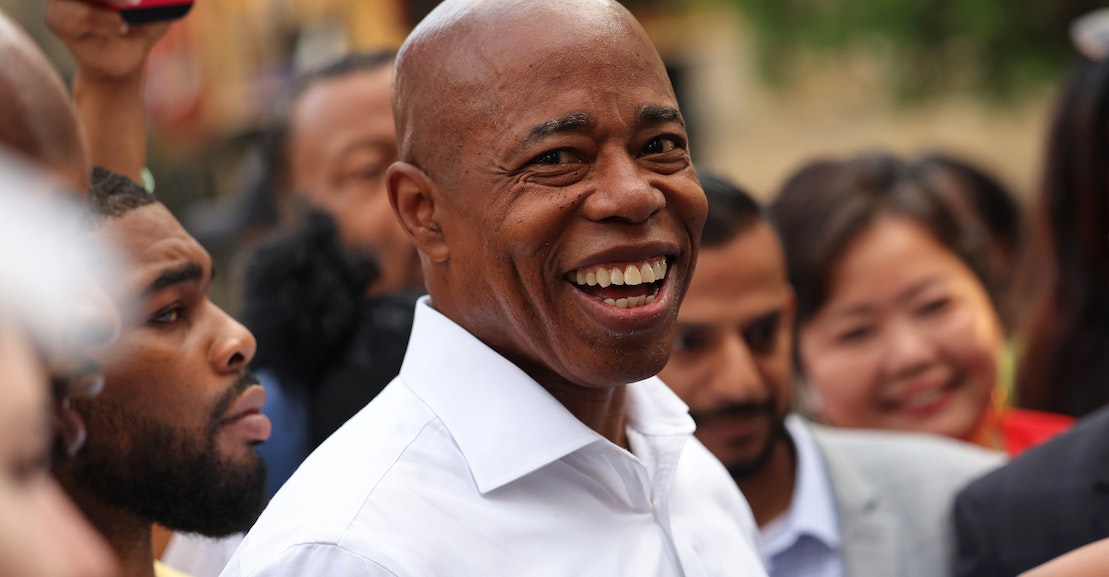 It is actually a banal truism that New York has a lot of fairly conservative voters who are also Democrats, because the Democrats are the only game in town (this is common in American urban politics, in fact, which is why American urban politics would likely be more democratic and accountable if they could somehow adopt European-style multiparty elections and coalitions). In a piece that went viral on Twitter shortly before the election, the writer Alex Yablon shrewdly mapped New York City politics not to the self-identified worldviews of Democratic voters (most of them, including many conservatives, would likely label themselves liberal), but onto home ownership. For obvious material reasons, home ownership in an economy built on appreciating asset values leads fairly directly to conservative positions on a variety of issues. A candidate who can adopt conservative positions while still credibly claiming to be progressive has an obvious advantage in urban politics, and indeed those candidates win elections basically all the time in cities across the country. Unfortunately, this slightly more sophisticated analysis does not quite juice engagement as much as “loser nonprofit world liberals got stomped by the anti-crime candidate and Rose Twitter never saw it coming.”

In real life, Eric Adams was the law & order candidate and the police reform candidate. He has a multi-decade record of making headlines attacking the leadership of the NYPD. He was also rather explicitly the candidate of what centrist pundits typically castigate as “identity politics.” That makes total sense, too, because he was running in a Democratic primary with a massive Black electorate. He was thus able to run as the most conservative candidate in the field and credibly present himself as a true progressive Democrat with endorsements (both official and tacit) from other Democrats representing most of the ideological spectrum of New York Democrats (including even a few nominally on “the left”!). In other words, if you told me last year that a Black Brooklyn elected official would win full-throated support from the New York Post and also run ads featuring beloved actor and longtime anti-police brutality activist Danny Glover, I would assume that that candidate would be the overwhelming favorite to win, with or without adopting any particular messaging I could possibly conceive, and regardless of the messaging flaws of his opponents. The fact that Adams instead won a bit less than a third of the vote in the first round of ranking, and still faces the possibility of losing in later rounds, suggests he may actually be a flawed candidate or one who emphasized the wrong message.

Pundits could conceivably chalk Adams’s lead up to a number of reasonably credible explanations. It could be a sign that “the party decides.” It could suggest that while name recognition remains one of the most important factors in elections, liberal voters continue to largely reject “celebrity” candidates. It could, as Yglesias suggested, point to the limits of Wiley’s MSNBC-inflected “nonprofit world” politics, but those limits have been apparent for some time now, including to the city’s organized left (there are reasons she only became their candidate after other candidates on the progressive track imploded for other reasons). Alas for my profession, most of the lessons pundits can really draw from this partial result apply mainly to politics in New York and perhaps a handful of other very large and demographically similar cities.