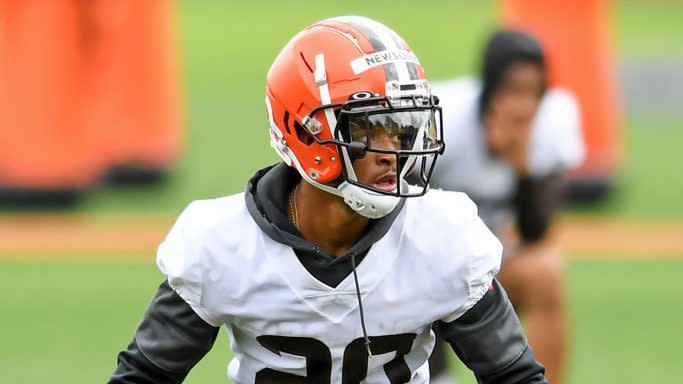 The Browns made several moves to improve their defense this offseason, including selecting cornerback Greg Newsome and linebacker Jeremiah Owusu-Koramoah with their first two picks on the draft.

But according to Cleveland defensive coordinator Joe Woods, both players are performing as if they were selected in the top 32.

“Greg and JOK, those guys are very smart players, and they are very competitive players,” Woods said via Anthony Poisal of the team’s website. “They come out there and they just go hard all the time. They are trying to learn as much football as they can.

“To me, it felt like we got two first-rounders, for sure.”

Woods touted Newsome’s versatility to play outside and in the slot at corner, while also praising Owusu-Koramoah’s athleticism and ability to match up against tight ends.

“They just bring a different element to the team,” Woods said. “It’s been good having both of those guys involved.”

Newsome and Owusu-Koramoah are just two of the team’s many additions on defense, headlined by safety John Johnson and lineman Jadeveon Clowney. If they all perform up to expectations, Cleveland is likely to be a serious contender in the AFC.

Browns DC: It feels like we got two first-round picks on defense originally appeared on Pro Football Talk