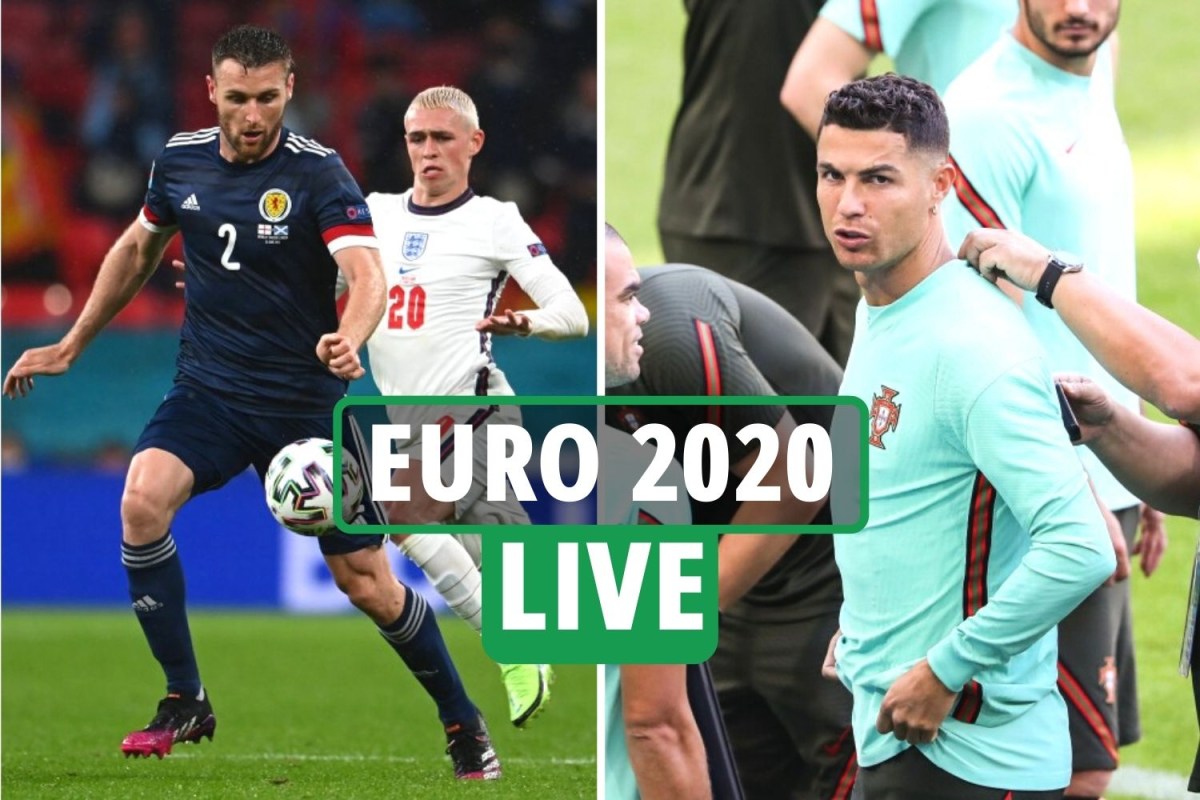 Gareth Southgate will be feeling the pressure this morning after yesterday’s 0-0 draw with Scotland at Wembley.

Unmarked John Stones should have opened the scoring for England in the first half but his header hit the post.

The hosts were poor after that and the visitors had a few chances to get the winner – but England managed to hold on.

Elsewhere in Group D, Croatia and Czech Republic couldn’t be separated as their match at Hampden finished 1-1.

Yesterday’s other game between Sweden and Slovakia was one of the dullest of the tournament so far, finishing 1-0 to the Swedes.

The game was so drab that BBC pundits Micah Richards and Ashley Williams began SINGING at half-time.

The best news of the day came from Copenhagen, where Christian Eriksen was discharged from hospital following a successful heart operation.

The action kicks off with Hungary and tournament favourites France at 2pm, finishing with Spain vs Poland at 8pm.