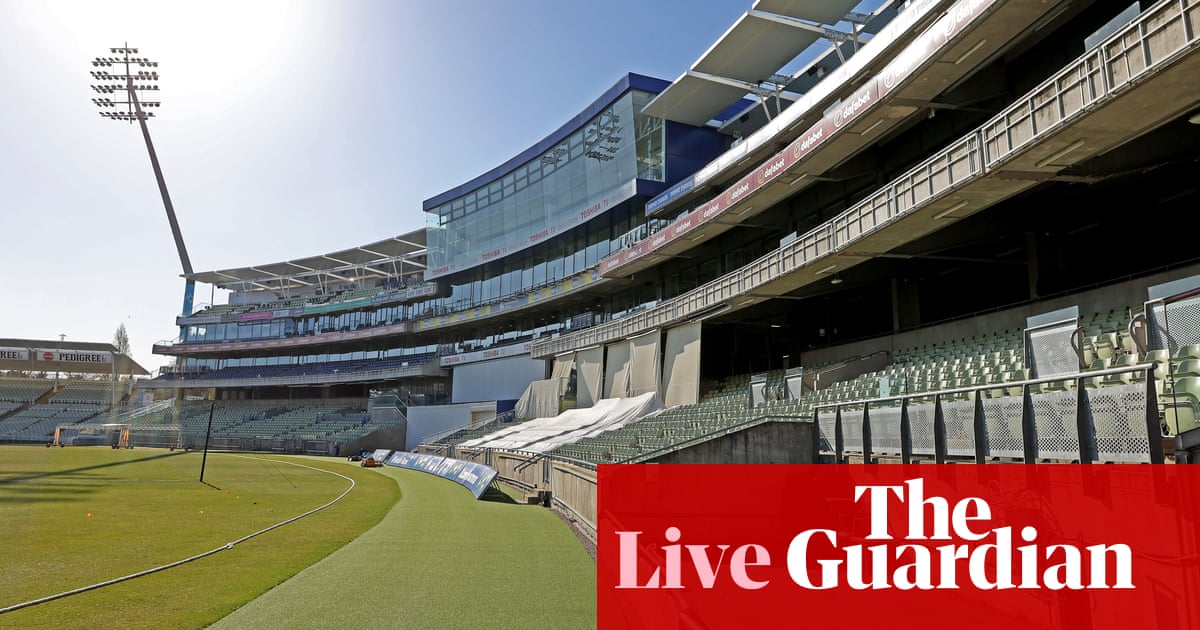 A note from my friend and wonderful cricket writer Sharda Ugra in Bangalore, who writes on the deteriorating Covid situation in India, “

“It is Indias worst public health crisis and even perhaps its biggest emergency in its 70-plus years of independence. The IPL, in what I have called its tone-deafness, will, to many people’s chagrin, I think continue. There is a curfew in Delhi* which ends on April 26th, its first IPL match is scheduled for 28th. so…”

*The Delhi lockdown has been in place since April 19, in an attempt to halt the rising cases. Delhi is the worst hit city after Mumbai. The city is already under a weekend curfew, as well as a 10pm-5am night curfew, restrictions that are in place until April 30.

Covid-19: India’s response to second wave is warning to other countries

Some words on England’s departing chairman of selectors Ed Smith.

Farewell, Ed Smith, the selector who was the victim of his own success | Andy Bull

I think he did a pretty good job. Jos Buttler has his detractors but he was definitely worth a punt, and performances in county cricket did matter – he selected Sibley on weight of runs and Pope on pure talent. One is a Wisden cricketer of the year for 2021 and the other is the heir to Bell and Gower. His failings were perhaps those that haunted him as a player, an inability to connect with everyone, and a certain insensitivity when dealing with players different to him, thinking especially, as Andy says, of Moeen Ali and YJB

Some really juicy fixtures today – my eye is caught by Warwickshire v Essex – the never-say-die Champs v last round’s Nottinghamshire heart-breakers; the two southern faded-glories Middlesex v Surrey ( expect Surrey to win by an innings…); and Sussex v Yorkshire, with both sides on the back of wins in the last round and Sussex powered by the awesomeness that is Ollie Robinson.

“It’s a gloriously sunny day here in leafy south Birmingham, where I find myself about to watch the Essex boys take on Warwickshire (well, day one before the Guardian upgrades its representative at this match). Both sides are coming off the back of memorable wins last week too. Peter Siddle is back for Essex after jetting in from Australia, so I am looking forward to watching his first woodchopping display of the season. Or, depending on the toss, another lumberjack in Olly Stone* charging in to bowl at Ziralasdair Gugg.

“No Dom Sibley for the Bears, he’s out of the next two rounds at least with the broken finger suffered during the storming of Trent Bridge, but birthday boy Jonathan Trott makes a return to Edgbaston (as the club’s new batting consultant, admittedly).
As an aside, my brother firmly believes champions (in any sport) should spend the following season wearing capes when they play. What do we reckon?
*Fun fact: Stone is the co-owner of a company that sells clefts of willow to bat makers”

Hello! It’s a hundred per cent pure spring loveliness in Manchester and the weather is set fair everywhere, warmer than yesterday, breezy in the south. So get those shorts on and with an Aperol spritz in one hand and a copy of the Guardian in the other, flutter back for act three in the 2021 County Championship.

Nine games today, with the top news those missing the cut – James Anderson is out of Lancashire’s game against Kent with a tight calf, and Dom Sibley’s broken finger means he misses Warwickshire v Essex and the following week’s trip to Durham – but he will hopefully be fit for England’s Test series v New Zealand.

A reminder that you can follow all the action on BBC local radio or watch the live stream here.

Due to a poorly, pitiful, puppy demanding to be hand fed, and the kindness of the sports desk, I am working from home today, but Ali Martin will be at Edgbaston sending in his very wisest thoughts. Do email me or tweet me at the address above, we love to chat.