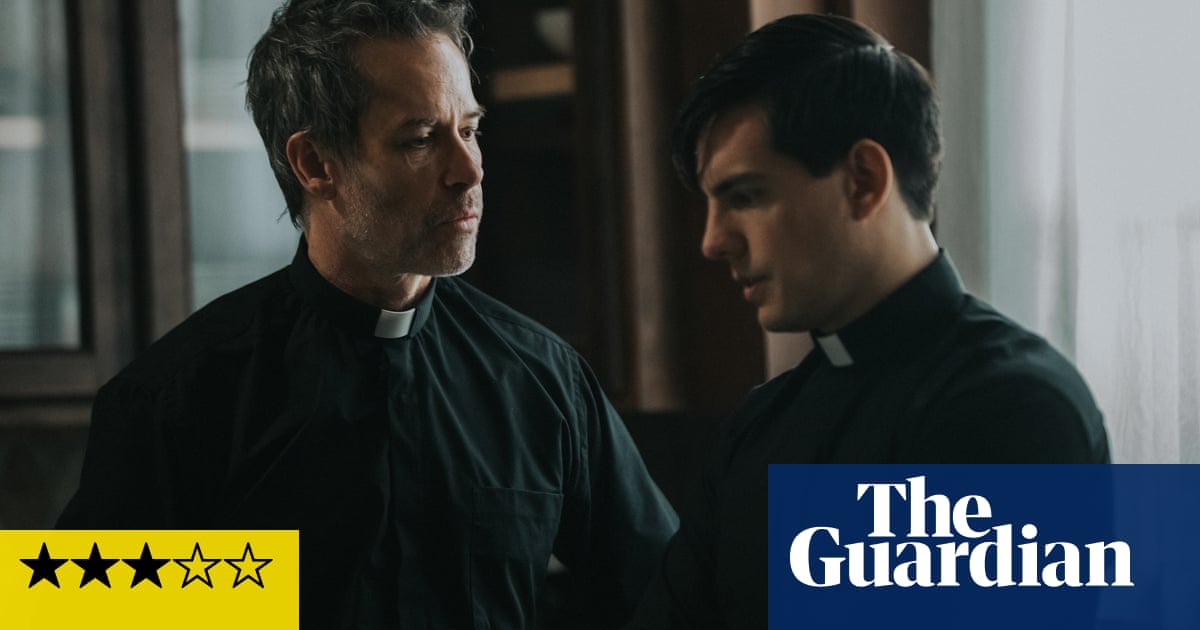 As a Guy Pearce stan, I would happily watch him read a vacuum cleaner instruction manual for two hours. So there was a delicious thrill in discovering he co-stars in this reasonably compelling horror feature as a nattily dressed hipster priest, sporting a plaid coat that looks designed by Gucci.

The idea is that Pearce’s character, Father Peter, learned the hard way during the pre-credits sequence just how nasty a business exorcism can be when he was an apprentice in the 1990s (the character played by Chris Galust for the purposes of a flashback) and saw a young boy burnt by the hellish force of evil. Fast forward to the present day, and Peter is assigned to teach a promising young pup fresh out of exorcism school, Father Daniel (Vadhir Derbez, a bit dull but pretty looking) how to handle demons.

Their main quarry will be young Charlie (Brady Jenness, impressive), an adolescent boy who messed around with a Ouija board and ended up murdering his entire family with an axe. Poor Charlie is now locked up in an especially filthy-looking jail while he awaits trial, and Peter prods Daniel through the necessary steps he must take to reach the underlying evil that has engineered the situation. To reveal more would spoil the satisfying twist, but suffice it to say writer-director Justin P Lange finds a satisfying way to update the possession-exorcist theme for a new generation grown wary of the Catholic church’s old ways, particularly in the wake of the abuse scandals that have shredded the clergy’s credibility in recent years.

In fact, the script might have gone a little further and put a bit more thought into exploring the collision between our expectations from horror as a genre and the real-world horrors inflicted on children accused of being “evil”. But this will do, especially as it’s a chance to watch Pearce and his remarkable cheekbones and gleeful weirdness at work with a scripture-chewing performance that puts a lot of meat on what could have been an off-the-peg turn from a lesser actor.