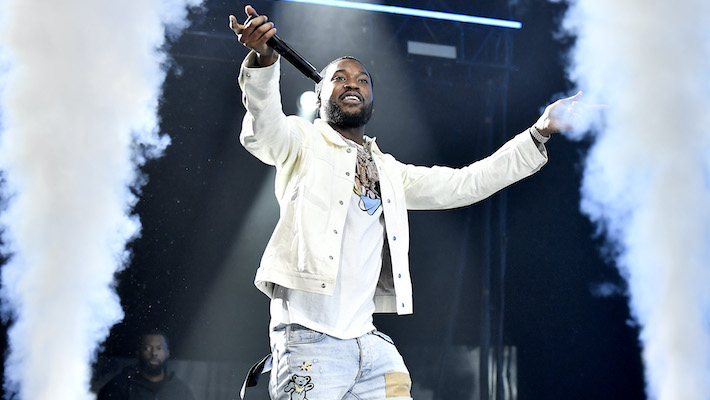 Meek Mill clearly has a big heart. The rapper took to Instagram to show him giving his grandmother a new house. A touching video shows the moment she walked through the doors of her new humble abode, smiling ear to ear as she went on a tour, checking out, among other things, the motorized stair lift system that will help her move up and down the two-story home.

“I appreciate you, grandma,” Meek said to his grandmother in the video, who responded, “And I appreciate you for looking out for your grandmother.” The rapper gave himself a solid pat on the back for the gift in the caption. “I did this for my dad and my Grandmom,” he wrote. “I’m Prada myself! Ya definition of real not the same as mines I get it!”

The gift comes after his grandmother’s prior residence in South Philly was vandalized back in December 2018, with racial remarks spray painted onto it. Meek spoke about the incident in a tweet, writing, “the crazy part is this was a all black neighborhood 20 years ago It was gentrified and now this.” He later pressed charges for it, according to his publicist.