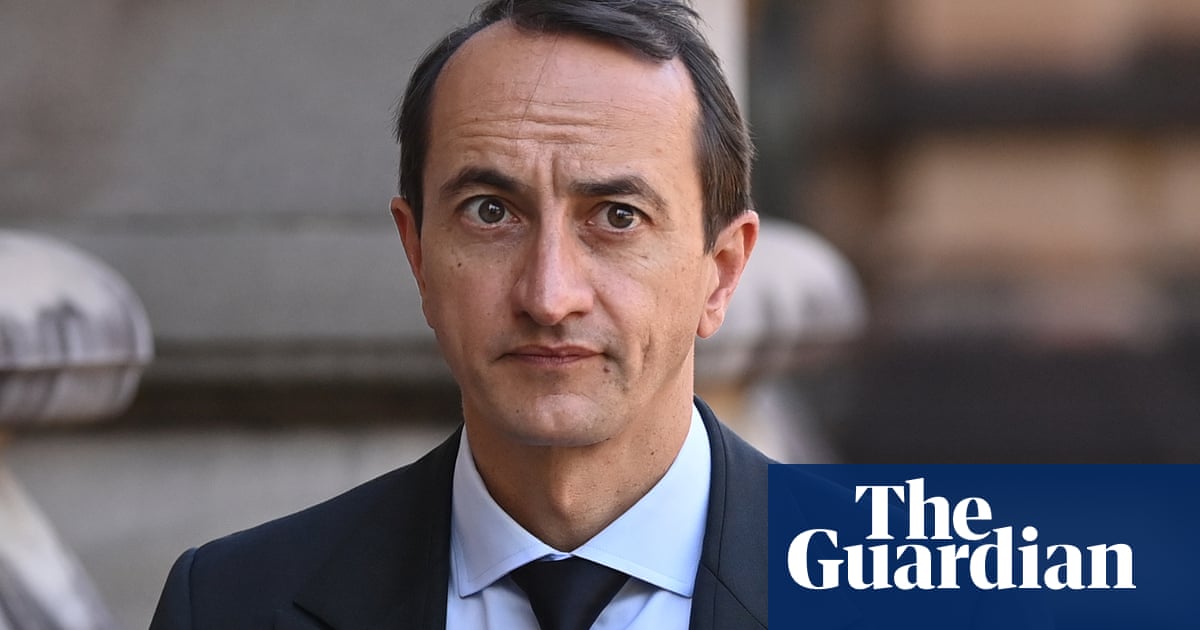 An Australian government MP has blasted the British government’s “amateurish” tactics to influence trade talks between the two countries, suggesting post-Brexit negotiating inexperience could be behind the “megaphone” diplomacy.

Allies of the British trade secretary, Liz Truss, are reported to have disparaged her Australian counterpart, Dan Tehan, as a novice and the cause of “glacially slow” progress on a free trade agreement just before his arrival in London for talks beginning on Thursday.

The Sydney-based Coalition MP Dave Sharma, who is a former Australian ambassador, hit back at what he said were “grossly wrong” comments about Tehan.

“This isn’t the way you conduct negotiations by briefing against your counterpart in public,” Sharma told Sky News Australia on Thursday.

“You’re much better off having frank and fulsome and forthright discussions in private. Using a megaphone to try to conduct them or [to] shame your counterpart is amateurish.”

The Telegraph in the UK quoted a source close to Truss as saying: “She plans to sit him down in the Locarno room [in the Foreign Office] in an uncomfortable chair, so he has to deal with her directly for nine hours.”

The ally reportedly said Truss and Tehan had already struck up a good rapport but added: “He is inexperienced compared to Liz. He needs to show that he can play at this level.

“Australia need to show us the colour of their money. They’re great friends of ours and talk a good game about free trade and wanting a deal, but they need to match those words with action.”

The Telegraph also aired claims that negotiations on the free trade agreement had stalled since Tehan was appointed Australia’s trade minister in a cabinet reshuffle in December, replacing Simon Birmingham.

The British high commissioner to Australia, Vicki Treadell, tried to hose down the controversy on Wednesday, telling reporters in Canberra that Australia was among “our closest friends and allies” but “this is a trade negotiation so there will be tactics on both sides”.

Treadell also vouched for the comfort of the chairs in the Locarno Room.

But the personal nature of the briefing against Tehan – who is due to hold extensive talks with Truss on Thursday and Friday – ruffled feathers in Australia.

Tehan has declined to comment, but Sharma said: “The charge that Dan Tehan is inexperienced is grossly wrong.”

Sharma said the UK was “pretty new” to how to conduct trade negotiations, given it had long relied on specialists at the European Union to thrash out details on behalf of the entire bloc.

“Look, it’s been 50 years, I know, since the United Kingdom has negotiated a free trade agreement – not since they entered Europe in 1972 – so they’re pretty new to these sorts of things,” he said.

He noted he and Tehan used to work together at the Department of Foreign Affairs and Trade. Tehan was an officer at the department from 1995 to 1998 and a diplomat from 1999 to 2001.

Sharma said Tehan later served as a trade adviser to the then-trade minister Mark Vaile for three years, including when Australia and the US struck a free trade agreement in 2004.

The UK is Australia’s seventh-largest trading partner, with the two-way trade in goods and services valued at $30.3bn in 2018-19. The UK is the second-largest source of foreign investment in Australia after the US.

Australia is seeking to expand its network of free trade agreements after China – its largest overall trading partner – launched a series of actions including tariffs and informal bans on a number of Australian export sectors including coal, wine and barley.

Australia announced last June that it was launching free trade negotiations with the UK – a move that coincided with the opening of similar talks between New Zealand and the UK.

The Australian government initially said both it and the UK hoped to conclude a deal by the end of 2020 – but they ended up missing that tentative deadline.