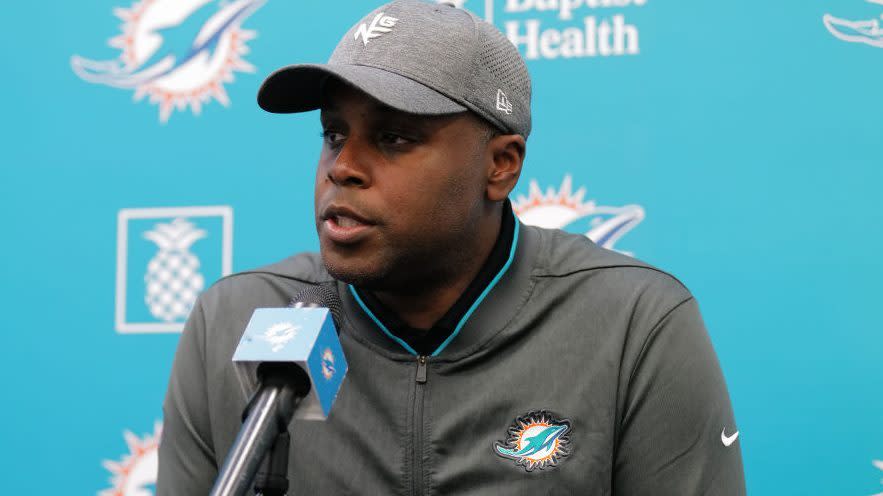 The Dolphins released Kyle Van Noy and traded defensive end Shaq Lawson last month in a pair of moves that left them without a pair of players who produced 10 of the team’s 41 sacks last season.

Miami has also brought in a number of players, but they have not added any players who look like good fits to produce that kind of production as pass rushers. On Wednesday, General Manager Chris Grier said that the team doesn’t feel under pressure to make a move in that direction.

“We feel good about it,” Grier said, via Omar Kelly of the South Florida Sun-Sentinel. “Like anything, we’re always looking to keep upgrading. It’s just a unique year with the pandemic, so many teams releasing players, players taking one-year deals cheaper, below market value because of the salary cap. For us at the end of the day, we’ll just keep churning over the roster and look at the draft here, and keep looking at free agents that are on the streets as well.”

Those free agents include players like Melvin Ingram, Justin Houston, Ryan Kerrigan, and Olivier Vernon, so the Dolphins have options in the event the draft doesn’t bring the kind of additions they’d look for on the edges of the defense.