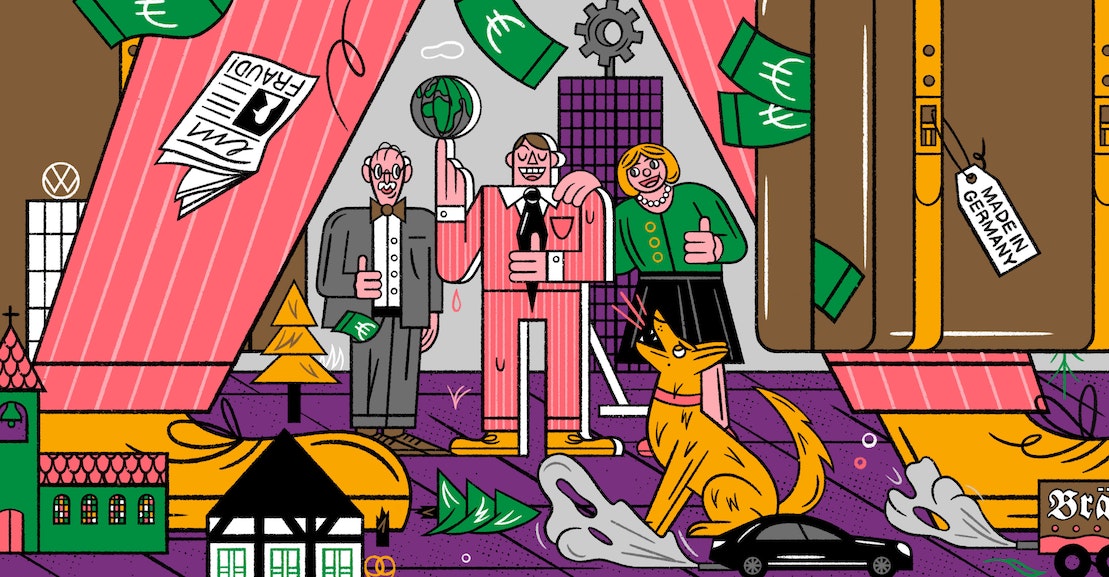 After the Second World War German
national pride was in tatters. It improved through the power of German industry
and the mighty Deutschmark.

That’s because the Standort
has become a stand-in for a national pride that dare not speak its name. The
phrase “Made in Germany” was first established in 1887 in the United Kingdom to
make visible shoddy German knock-offs of British wares. German manufacturers,
like the British legislators, treated it as a mark of shame, with German
companies putting the mark in areas where they would be unlikely or impossible
to spot. But even before the First World War, the stigma had become a badge of
pride, and after the end of the Second World War it became something even more
important: the only possible vehicle for German power politics.

After the Second World War German
national pride was in tatters. It improved through the power of German industry
and the mighty Deutschmark. The German economy became a seductive stand-in for explicit
nationalism. Before long, Germans could show their face again as heralds of
Bosch dishwashers and Volkswagen beetles, rather than spiked helmets and
jackboots.

One result, the sociologist Oliver
Decker has proposed, was a “secondary authoritarianism,” less focused on
leaders or national greatness than on the economy and representative
businesses. “This secondary authority,” Decker and his co-authors write, “can,
like the primary kind, demand that the individual sacrifice their own wishes
and life projects, and as compensation it offers the promise of a proximate
participation in its power.” During the economic miracle of the postwar years
many Germans identified with “the economy” and its visible icons: its profitable
corporations, its immense trade surpluses, its powerful currency.

During this transfer, German
politics retained an old paranoid thinking about the economy. Just as German
nationalism after World War I had its “stab-in-the-back” myth to explain how
the German army had lost the Great War, so postwar Germans tend to see secret
plots to stymie their obviously superior economic power whenever their companies
are found to have violated international norms. Nachtwey, who briefly worked with
Volkswagen in the wake of the company’s notorious emissions scandals, says that
even as managers were going to jail and the lawsuits piled up, higher-ups
“talked privately about how all of this was just an element to weaken VW in the
U.S., because we’re too strong.”