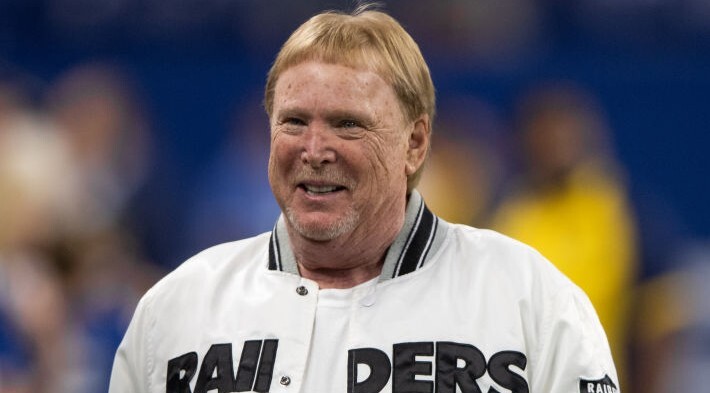 The world of sports has featured numerous reactions to Derek Chauvin, the former Minneapolis police officer who murdered George Floyd, being found guilty on all charges on Tuesday afternoon. In addition to players from plenty of leagues expressing their relief over a police officer being held accountable for killing a Black man, teams across sports have largely issued statements both expressing their happiness with the decision and stating that more work needs to be done.

One team decided to try and do something a little different, and as a result, they made a really poor decision. The Las Vegas Raiders eschewed a lengthy statement and instead went with the following:

As a result, the Twitterverse began a pile on, both because the tweet existed and the Raiders opted to pin it to the top of their Twitter account, seemingly not recognizing how terrible of a look it was, as many pointed out it was the same phrase used by some in the NYPD to mock the I Can’t Breathe movement after an officer killed Eric Garner.

y’all should delete this and try again

I understand the bias of recency but I truly believe that raiders tweet is going to the hall.

If it was just a Raiders social media employee, the tweet would have been deleted an hour ago.

For all the criticism the team’s social media department is getting, that last tweet might be onto something. Raiders owner Mark Davis spoke to the media about the post and laid out why it was sent, that he was sorry if it offended the family, and that it’s going to stay up.

#Raiders owner Mark Davis said the “I Can Breathe” wording came from George Floyd’s brother Philonise, who said “Today, we are able to breathe again.”

Davis added: “If I offended the family, then I’m deeply, deeply disappointed.”

Just spoke with Raiders owner Mark Davis: “That’s my tweet. That was me. I don’t want anyone in the organization taking heat. I take full responsibility for that.”
Story coming soon on the reason for the tweet and Davis’ thoughts on today’s verdict at https://t.co/bxwBcPsbQs

When told of the Garner situation and how that phrase had been used to mock his killing, Davis said he had been unaware of that.

Davis said he wasn’t aware that NYPD supporters wore “I Can Breathe” shirts following the 2014 killing of Eric Garner. After I brought that up to him he said, “I learned something… I have to do a little bit more research into that just so I can speak coherently on that aspect.”

More from Davis: “Let me say this right off the bat: I was not aware of that. Absolutely not. I had no idea of that. That’s a situation that I was not aware of. I can see where there could be some negativity towards what I said based on that.”