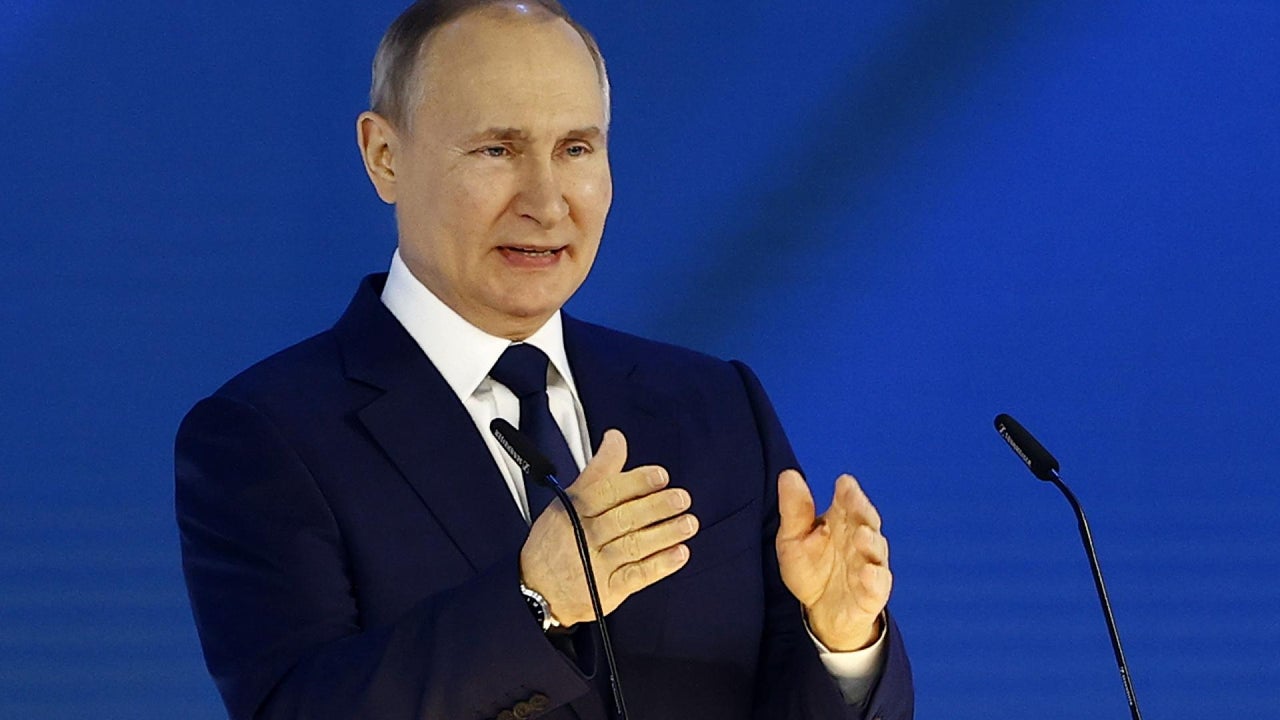 As U.S. officials threaten consequences if Russian opposition leader Alexei Navalny dies in prison, Vladimir Putin is also warning the West not to cross a “red line with Russia,” adding that any country that does “will regret it like they’ve never regretted anything before,” the Russian president reportedly said during his annual address Wednesday.

“We don’t want to burn bridges, but when someone views our good intentions as indifference or weakness and intends to blow up these bridges in turn, they must know Russia’s response will be asymmetrical, swift and harsh,” said Putin, in a speech similar to a State of the Union address in the U.S., according to the Washington Post.

Otherwise, Putin, who has served multiple terms as president or prime minister since 1999, spent the majority of the speech discussing improving the life of Russians, and made no mention of heightening diplomatic tensions, including a possible military buildup around Crimea, a strained relationship with the Czech Republic surrounding accusations of involvement in a 2014 explosion, or the controversial arrest of Navalny, which has led to mass protest and hundreds jailed around the country.

According to the Moscow Times, Wednesday’s protests in nearly 200 cities and towns across Russia were organized to happen simultaneously with Putin’s annual speech. Mass arrests have begun in St. Petersburg and foreign journalists on the scene have reported at least tens of thousands protesting in Moscow, including Navalny’s wife, Yulia, the Moscow Times reported.

At least 400 protesters have been jailed so far, according to OVD-Info, a Russian independent media project aimed at monitoring human rights, including Kira Yarmysh, Navalny’s press secretary, her lawyer said on Twitter.

During the speech, Putin also failed to discuss the new economic sanctions imposed by the United States in response to a cyberespionage campaign or “consequences” the Biden Administration promised Monday if Navalny dies in prison, CBS News reported.

“He was really unwell,” his lawyer Alexei Liptster said of Navalny’s condition over the weekend, according to the AP. “Given the test results and the overall state of his health, it was decided to transfer him here [a hospital in a different prison]. In the evening, he became significantly worse.”

Navalny is three weeks into a hunger strike to pressure authorities to allow him access to his doctor, the Associated Press reported. Navalny has reportedly been experiencing severe back pain and has lost feeling in his legs.

The prison hospital he was recently moved to is “not a hospital where a diagnosis can be determined and treatment (can be) prescribed for his ailments,” his doctor Anastasia Vasilyeva, who is also the head of the Navalny-backed Alliance of Doctors union, explained, urging officials to allow her and other physicians visit Navalny, the Associated Press reported.

Officials from the prison hospital have said in a statement that Navalny’s condition is “satisfactory.”

Navalny has been serving his two-and-a-half-year prison sentence in a penal colony outside of Moscow known for its harsh conditions before his move to the prison hospital, the Associated Press reported. He claims he was deprived of sleep, and his recent health concerns are a result of his stay at this prison.

Navalny had fallen ill while on a flight to Moscow in August 2020, and the plane made an emergency landing in Omsk in Siberia. A plane from Germany was sent to evacuate Navalny to a Berlin hospital, where German doctors confirmed that he had been poisoned.

He returned from Germany to Russia in January and has been detained ever since for allegedly violating the terms of his probation by leaving Russia. Navalny had received a suspended sentence after being found guilty of fraud in 2014, which he had denied and many human rights organizations around the world have called the case and sentencing politically motivated.

Protesters have been gathering in his support since his return.

Navalny has alleged the poisoning was ordered by Putin. Putin has denied the claims.