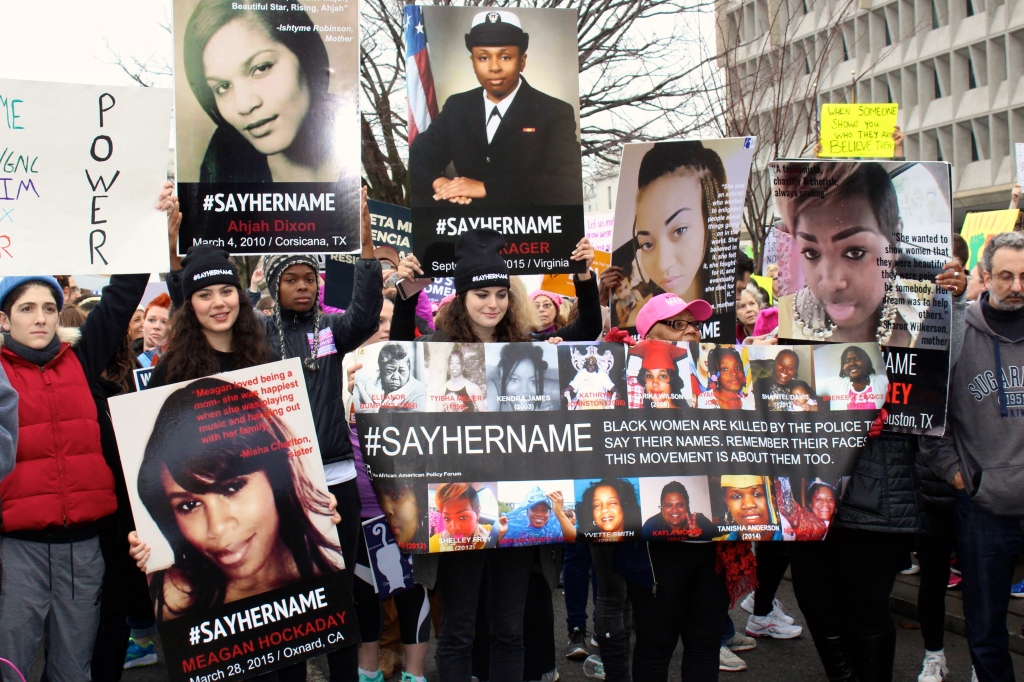 Ma’Khia Bryant will never see her graduation. Instead, reports of the 16-year-old girl’s death at the hands of a Columbus, Ohio, police officer began making the rounds late Tuesday afternoon, just as the nation celebrated the guilty verdict in the Derek Chauvin murder trial, 10-WBNS reports.

Ma’Khia reportedly called the Columbus Police Department for help, though accounts of why exactly she called have differed. What is clear, however, is that instead of serving and protecting, responding officers made her the latest victim.

Raw emotion and justified outrage exploded in the southeast Columbus neighborhood as the community came to terms with what transpired. Ma’Khia’s mother, Paula Bryant, spoke with local reporters and shared that her daughter was an honor student.

Nearby residents gathered outside almost immediately after the shooting. “You killing babies, bro?” one person on the scene asked rhetorically.

Black communities cannot even enjoy a brief reprieve from police violence. Local reporters explained that many of the people who came outside as news of Ma’Khia’s death began to circulate had been heading downtown in anticipation of the Chauvin verdict.

“We don’t get to celebrate nothing,” K.C. Taynor said of the Chauvin verdict. “…In the end, you know what, you can’t be Black.”

The Ohio Attorney General’s Bureau of Criminal Investigation took over investigating police shootings in Columbus last year. In early June of 2020, Mayor Andrew J. Ginther decided that all police shootings would be referred to the state agency. This move came after racial justice protests, including a May 30 gathering where police pepper-sprayed several Black elected officials, including Rep. Joyce Beatty. It also followed years of complaints about the bias in the Columbus Police Department and with the prior prosecutor.

Still, the system is still the system. Before Tuesday afternoon, there had been 26 investigations of officers for shootings since the beginning of the year, with six of those shootings happening in Columbus. AP News reports that in February, a grand jury returned an indictment against former Columbus police officer Adam Coy in the killing of Andre Hill, 47.

Hill was killed just three days after Christmas after walking out of his garage.

Last November, voters replaced a long-term Republican prosecutor who was known for rarely holding police accountable, the Appeal reports. Voters also approved the creation of a civilian review board, with Ginther naming the members of the newly minted board at the end of March. According to the Columbus Dispatch, two-thirds of the new board is Black. Members range in age from 30 to 72.

While necessary for accountability under the current system, charges against police officers do not make up for the lives lost. And contrary to President Joe Biden’s comments earlier Tuesday evening, the Chauvin verdict was not a big step in any direction.

When police can shoot to kill first and sort out the details later, there is so much work left. Adrienne Hood, a Columbus activist and mother of Henry Green, said last week she had no interest in trying to work with or reform the local fraternal order of police, KPFA reports.

Hood’s son Henry Green was killed by Columbus police in 2016. She spoke about tackling the qualified immunity enjoyed by law enforcement. “Until we are able to do something with that, the challenges will continue,” Hood said about her work with Ohio Families Unite Against Police Brutality.

“Families will continue to face the challenge of accountability. Because justice can never be for me because you can’t give me my son back. But accountability is a must and is necessary.”