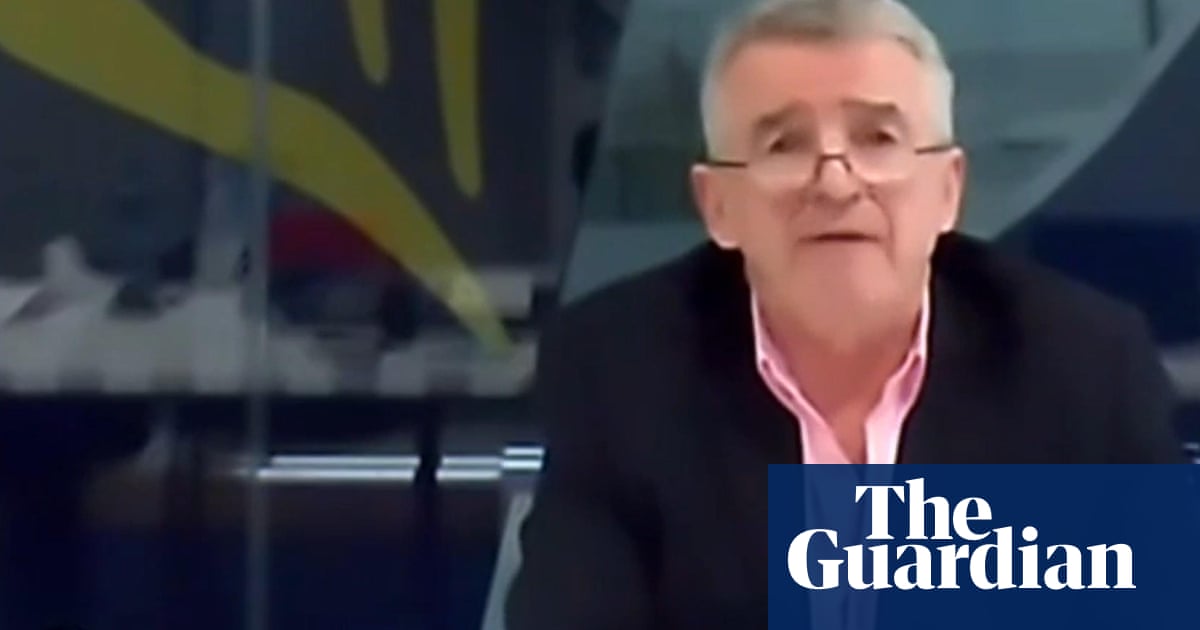 A slower than anticipated global vaccine rollout and wider failure to get Covid under control will cost airlines $10bn (£7.2bn) more than previously predicted, according to the organisation that represents global airlines.

The warning from the International Air Transport Association came as Ryanair chief executive Michael O’Leary warned on Wednesday there would be “seismic” cut in capacity across the industry due to the pandemic, including up to 25% fewer flights in Europe. O’Leary said travel from the UK to the EU would become more expensive and cumbersome as a result of Brexit, while leisure travel would not return to normal until 2023.

Willie Walsh, the former boss of British Airways’ parent company IAG and new director general of Iata, railed against the cost of the PCR Covid tests now required for air travel, and criticised the government’s decision to charge VAT on the products. The standard VAT rate of 20% applies to private testing kits.

Walsh said: “I am surprised that consumer groups have not been focused on this issue. If we are doing these tests because there is a health crisis, governments shouldn’t be charging VAT and people should not be profiteering off the back of it. “

The aviation industry is now expected to lose around $48bn during 2021, according to new Iata forecasts, more than a quarter higher than the $38bn it predicted last December.

Iata pointed to the slower vaccine rollout in countries including France and Germany, as well as in emerging markets for the higher losses, combined with the rise of new virus variants and continued restrictions on international travel restrictions.

North American airlines have fared better than those in Europe thanks to a domestic recovery. They are forecast to lose $5bn this year rather than $11bn as estimated in December.

However, European carriers are set to lose $22bn, up from December’s estimate of $12bn, and following a $35bn loss last year.

Iata is also expecting much higher fuel prices, with jet fuel seen at $68.9 a barrel and oil at $64.2 a barrel – up from the $49.5 and $45.5 a barrel forecast in December – as the strengthening global economy pushes energy prices higher.

Cost-cutting by airlines and a return to flying on some domestic routes has helped the industry to reduce its forecast losses from the $126bn lost in 2020, although carriers are still not predicted to break even until 2022.

Airlines have increased their numbers of cargo flights during the pandemic, a trend which is expected to continue, however Iata warned this would not cover the collapse in passenger travel, meaning airline operating revenues are expected to reach only 55% of 2019 levels during 2021.

“This crisis is longer and deeper than anyone could have expected,” Walsh said.

“Losses will be reduced from 2020, but the pain of the crisis increases. There is optimism in domestic markets where aviation’s hallmark resilience is demonstrated by rebounds in markets without internal travel restrictions. Government-imposed travel restrictions, however, continue to dampen the strong underlying demand for international travel.”

Iata said demand for tickets on domestic flights in China and North America showed passengers were keen to return to the skies. Demand for travel within China has already surpassed 2019 levels.

Despite the continuing travel restrictions, Iata estimates that 2.4bn people will travel by air in 2021.

The group said: “We have not written off 2021, as the vaccination forecasts suggests some advanced economy markets should be able to open and we anticipate a strong fourth quarter as a result.”

Iata expects travel between the UK and the US, which both aim to have fully vaccinated 75% of their adult populations by July, to resume earlier than travel to and from continental Europe.

Walsh criticised the UK government’s requirement for PCR testing for travellers before departure and after arrival, calling the fees being charged for tests “clearly outrageous”.

He added: “We’ve got to challenge the need for PCR[tests], is it the only acceptable risk mitigant that can be put in place when there’s a significant improvement in the quality and speed and price of other tests.”

The Treasury is understood to be considering how it can reduce the cost of travel, while ensuring it is as safe as possible. This could include cheaper tests being used when holidaymakers return home, and the possibility of the government providing pre-departure tests.