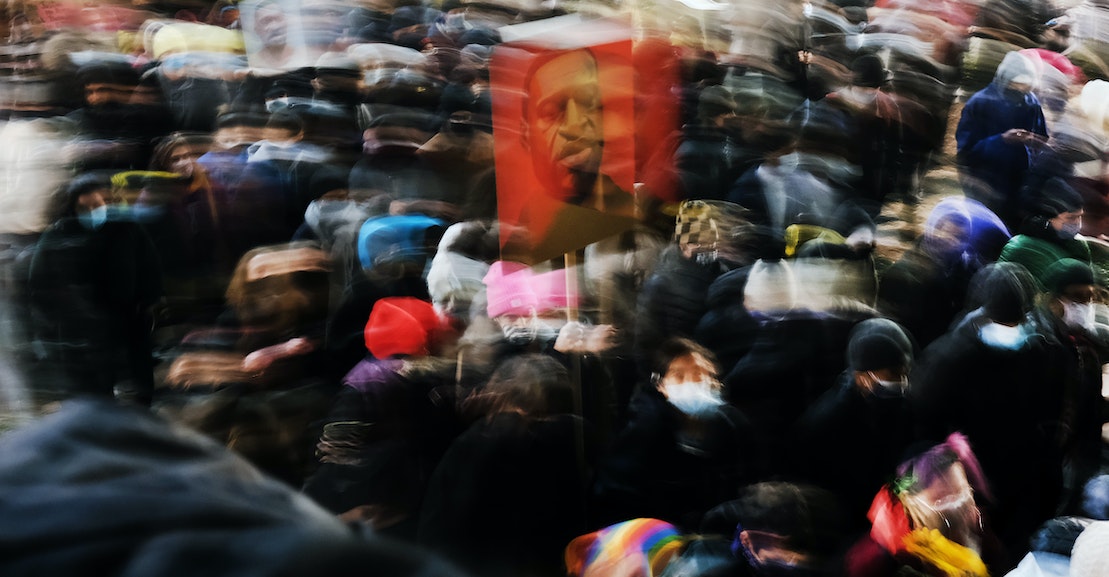 Before lawyers working for her news organization could find her, Carolyn Sung, a CNN producer, was zip-tied and body-scanned, searched by an officer “who put her hands down Sung’s pants and in her bra,” and then was “ordered to strip and to put on an orange uniform.” One state trooper reportedly yelled at Sung, who is Asian-American, “Do you speak English?” She was one of many journalists reporting on protests after a police officer killed Daunte Wright in Brooklyn Center, Minnesota, near Minneapolis, during the closing days of the murder trial of Derek Chauvin, who killed George Floyd almost one year ago.

This was one of several incidents detailed in a letter from 30 news and press freedom organizations, “who are deeply troubled by what has occurred over the last several days,” to Minnesota Governor Tim Walz and several state law enforcement agencies. The letter includes accounts of police dragging journalists out of cars and arresting them, of using chemical agents against them at close range. Police told journalists to lay prone on the ground, face-down, then lower their masks to be photographed alongside their credentials and state-issued identification, before they were allowed to leave. These events are not outside the norm, not now: the U.S. Press Freedom Tracker counts more than 930 such incidents that they have verified, targeting more than 450 members of the press in 79 cities during Black Lives Matter protests in the last year.

The mass detentions and showing of papers, the orange jail uniform, all evoke the idea that police consider journalists to be no different than “criminals” when the only offense the media committed was exercising their First Amendment rights. Police had, of course, by that point in Minnesota turned many of the same tactics and worse on demonstrators, who know full well that saying you are being targeted for your beliefs, that you aren’t a “criminal,” is no defense in the face of imminent violence. The often unreported context for all of this is that law after law criminalizing protest—constitutionally-protected conduct under the First Amendment, also—has been introduced since the racial justice uprisings of 2020. As of April, legislators in at least 29 states have considered anti-protest laws, including Florida, where Republican Governor and 2024 presidential hopeful Ron DeSantis signed one into law on Monday. Under that law, people would be granted civil immunity if they drive through protestors blocking a road—something which, in Charlottesville in 2017, resulted in a life sentence for the man who rammed anti-fascist demonstrators with his car, taking the life of demonstrator Heather Heyer. The law also makes it easier to jail protesters longer, by expanding the kinds of offenses they could be charged under and by denying bail for these until their first court appearance. The intention is clear: DeSantis stated in a signing ceremony, flanked by police, that the law was “the strongest anti-rioting, pro-law enforcement piece of legislation in the country.”