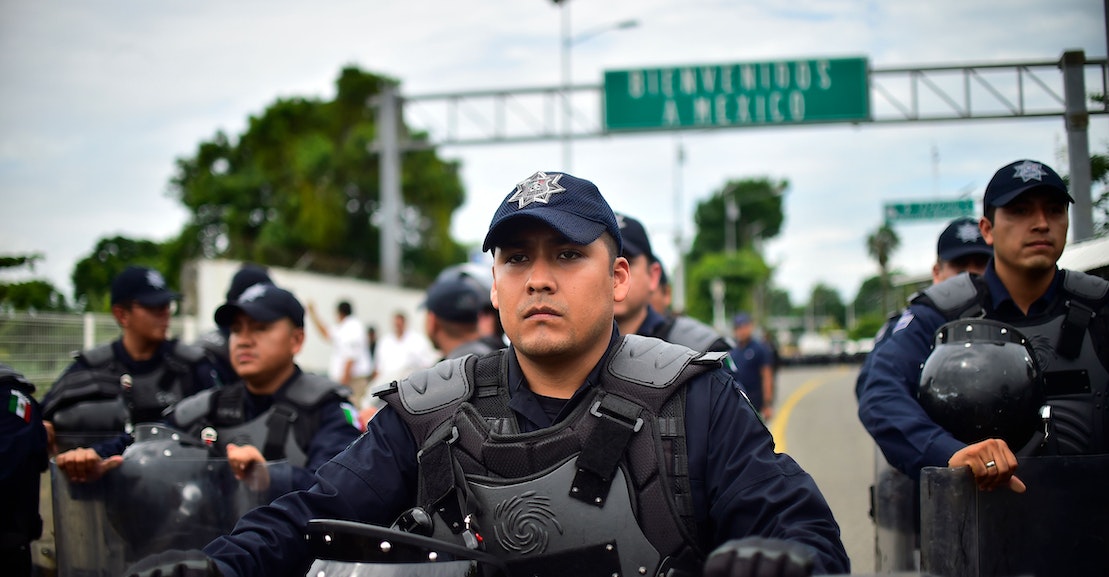 Biden’s moves evoke a sense of déjà vu to the Obama administration. Faced with an increase in unaccompanied children arriving at the U.S. border in 2014, the Obama White House unveiled its Southern Border Plan, which took prevention-through-deterrence to Mexico’s southern borders with Guatemala in earnest for the first time. Between 2014 and 2019, the U.S. sent approximately $200 million to Mexico to fortify its borders and surge the number of immigration officers, immigration checkpoints, and immigrant detention centers across the country, with the goal of increasing apprehensions and deportations of migrants throughout the country. That funding came in large part from the billions of dollars that have been apportioned to Mexico to fight the failed war on drugs, which has wrought havoc across the region and become a major push-factor for migration.

As vice president, Biden led Obama’s foreign policy toward Central America via the so-called Alliance for Prosperity, asking Congress to appropriate $1 billion to the region in 2015. That amount was subsequently whittled down in appropriations; the vast majority of the remainder was allocated to fund police and military aid. The U.S. has spent a total of $3.6 billion in security and development aid to Central America between 2016 and 2020, especially in Guatemala, El Salvador, and Honduras.

As president, Biden has pledged some $4 billion to the region to address the “root causes” of migration. Following his former boss’s lead, he appointed his own vice president, Kamala Harris, to lead the effort. Some of that aid, as it was during the Obama administration, will be restricted if the receiving countries are determined to not be upholding certain conditions, like tackling corruption. As some will recall, Trump cut off aid entirely to those countries in 2019 when he deemed their efforts to prevent migration to be insufficient.

The approach Biden has announced seems to forget that the Trump administration happened, and fails to account for both his predecessor’s bullying of Central American countries and outright refusal to recognize the international right to asylum. Moreover, it glosses over any lessons that might be gleaned from that era about how bad things got. This was never more in evidence than it was last Friday, after the White House’s announcement that the refugee cap on refugees admitted to the United States would remain at the historically low 15,000 people set by Trump—rather than fulfilling Biden’s campaign promise to raise that cap to 65,000—was met by a furious outcry. Though Biden quickly bowed to the intense public pressure, the wrongheadedness of maintaining the cap in the first place, along with the sending of police and troops to Central American border regions, suggest that Biden’s approach to immigration policy might be to try to split the difference between the Obama and Trump eras, rather than learning from the mistakes of both his former boss and most recent predecessor in an effort to, as Biden himself might put it, “build back better.”