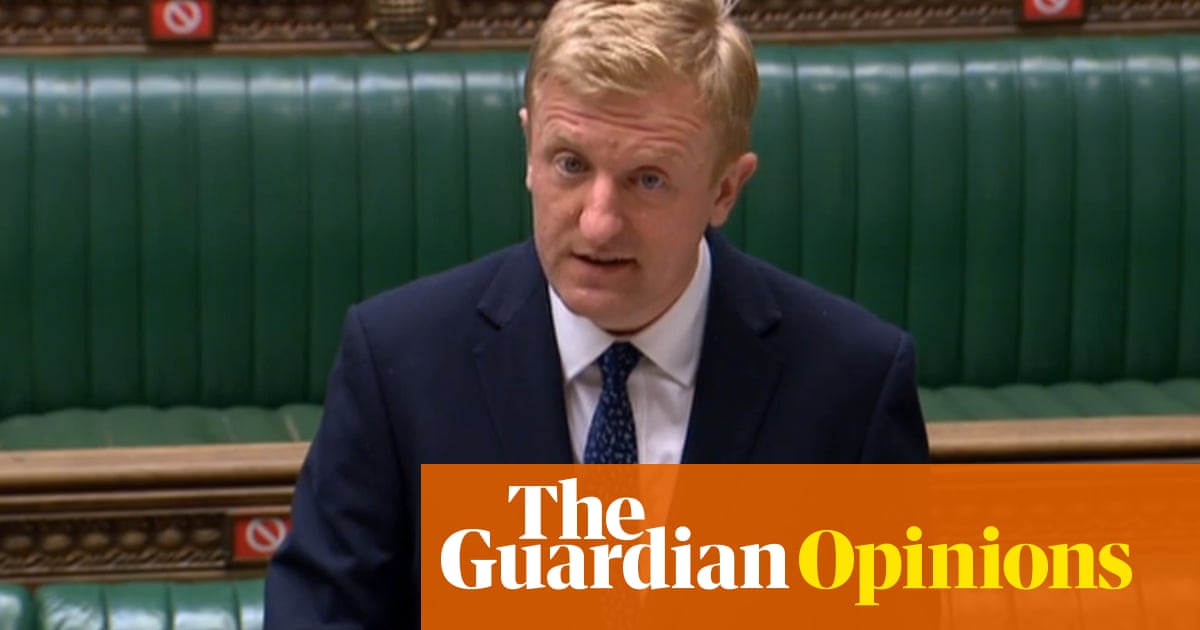 If the European Super League is too greedy a plan for an organisation as notoriously mercenary as Uefa, then it’s odds-on that it pretty much crosses the line for everyone else. Even MPs, whose tolerance for things venal has been known to be on the high side. So it was little surprise that not a single voice was raised in favour of the ESL following the statement by the secretary of state for digital, culture, media and sport in the Commons. It was one of those rare occasions when the house spoke as one. Clubs mess with our football at their peril.

“Football is in the national DNA,” Oliver Dowden began. “We invented it and it has helped to define communities. The six clubs that have signed up for the ESL had been tone deaf to this.” Which was a bit hard to take, given that successive Tory governments have done a fair amount to destroy communities over the past 11 years themselves.

But moving on. The new ESL was nothing but a closed shop for the elites, with membership determined by wealth and brand recognition, he added. This sounded not entirely dissimilar to the post-governmental world of some prime ministers and senior civil servants one could mention. Or the House of Lords, for that matter. No chance of being booted out just for being a bit rubbish during one bad season. Or several bad seasons. In fact, in the Lords there was no need even to bother to play your scheduled fixtures if you didn’t feel like it.

Things were going to change, Dowden concluded. Hopefully Uefa or the FA would be able to bring the six English clubs to heel and there would be a fan-led review, but if necessary the government would get involved. In fact, Boris Johnson had already indicated that he would be going in studs up as soon as possible. Which rather begged several questions. How come it had taken so long to put India on the coronavirus travel red list? Surely it hadn’t been anything to do with the prime minister still hoping against hope that his jolly to India could go ahead next week.

And how come the government had ignored the violence in Northern Ireland caused by its Brexit agreement for days on end before barely acknowledging there was a problem? The message was clear. The pandemic and Brexit could be taken at a leisurely pace. But when it came to football, the whole country was put on code red. There was a truth to Bill Shankly’s observation that football wasn’t a matter of life and death. It was more important than that.

The shadow DCMS secretary, Jo Stevens, was more or less supportive of the government’s actions but did raise the germane point of how it had managed to get caught on the hop. After all, the idea of an ESL was hardly a new one. Clubs had been talking about breaking away from the Premier League for years and yet now it appeared to be a genuine possibility the government seemed to have no coherent plan.

Thereafter Dowden struggled rather. He has the air of the supply teacher, whom no one takes seriously, and MP after MP stood up to bully him into more urgent action. The SNP’s Gavin Newlands observed that what was happening at the top of football was a mirror of what was happening elsewhere at the top of society. The elites were getting away with it again. “Not at all,” sobbed the minister. He was going to stand up to greed and stand up for fans. Just rather timidly.

Conservative Huw Merriman wondered why English clubs weren’t run like German ones where the fans had the deciding vote in any ballot. “Um,” said Dowden. That sounded like a good idea. He just hadn’t really thought about it before. Even though countless pundits who had predicted a breakaway league had put it forward as a useful check and balance.

The longer the session continued, the harsher the rhetoric became as MPs confessed to being ashamed by the behaviour of the six clubs they had supported all their lives. The two Manchester clubs had lined their pockets with overseas money while standing by as Bury was buried under the weight of its debt. What was taking place was unfair. Uncompetitive. The big six clubs were acting as a cartel to cash in on their good fortune to be at the top of the pile. Give it another five years and one or two clubs could have fallen out of the magic money tree. And that would never do. Labour’s Kevin Brennan described them as acting like a billionaire’s gated community, with a football favela on the other side of the fence.

Come the close, Dowden was offering MPs anything they wanted. Reviews, changes in the law. You name it, the government would do it. The ESL had done what few had thought possible. It had united an entire country against it. Who said that football couldn’t bring people together?