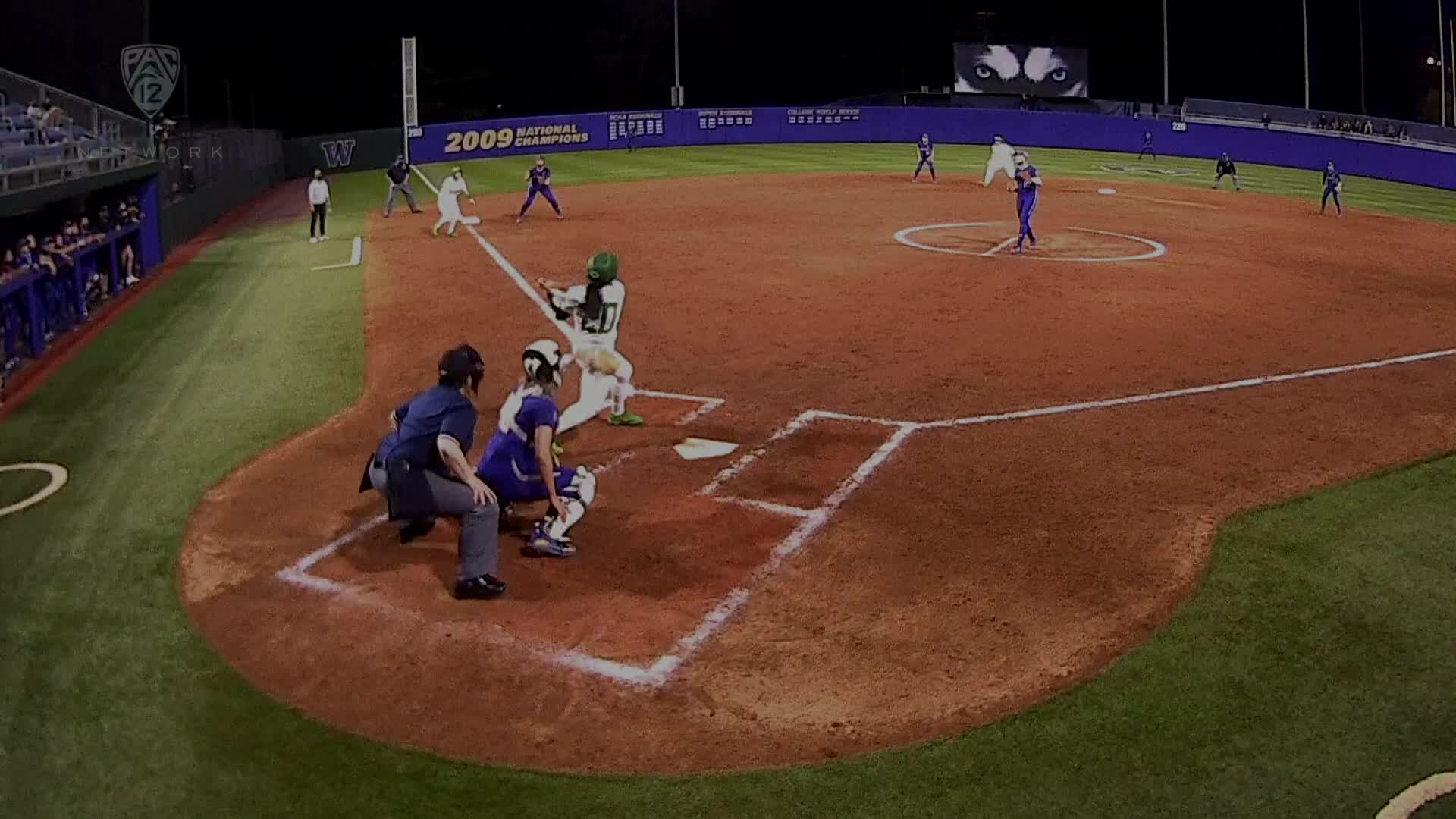 Pac-12 Networks’ Elise Woodward and Tammy Blackburn breakdown the action from Oregon softball and Washington softball’s doubleheader on Saturday in Seattle. The Huskies took game one, 4-2, behind another dominant performance from Gabbie Plain, who went seven innings while only allowing two runs to improve to a perfect 22-0 on the season. The Ducks stormed back in game two though, thanks in large part to Rachel Cid’s grand slam, to take a 10-1 victory in five innings.