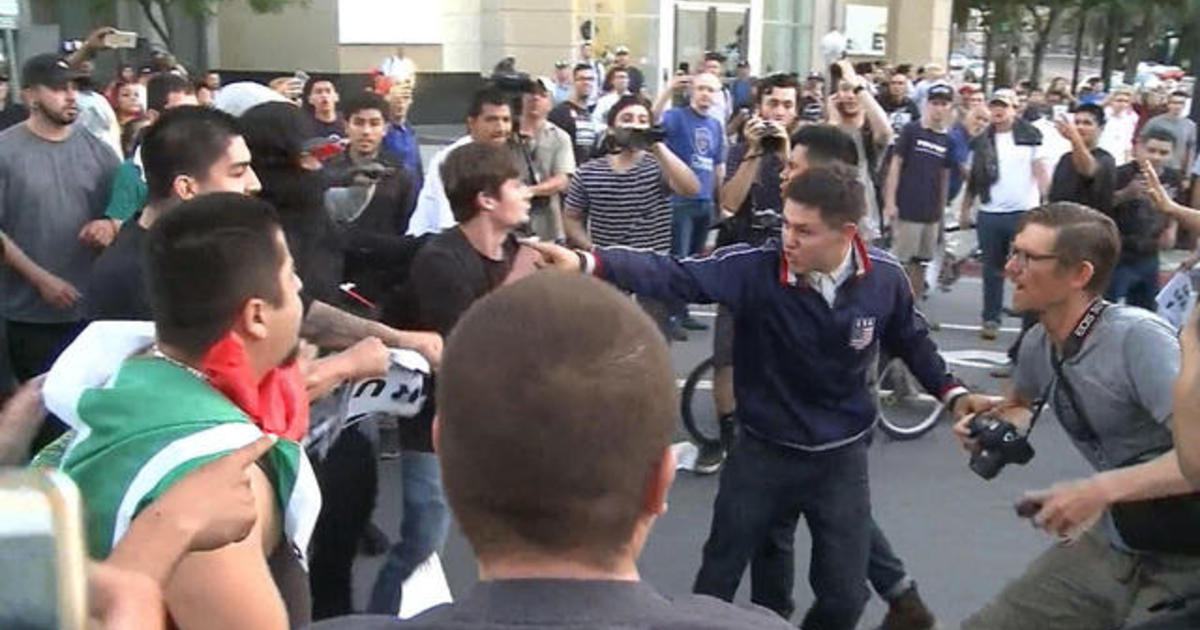 The already bitter fight between Donald Trump and Hillary Clinton has reached a whole new level. Protesters attacked Trump supporters Thursday after the presumptive GOP nominee held an event in San Jose, California, where Trump blasted Clinton for calling him “unprepared” and “unfit” for the White House. Major Garrett reports.