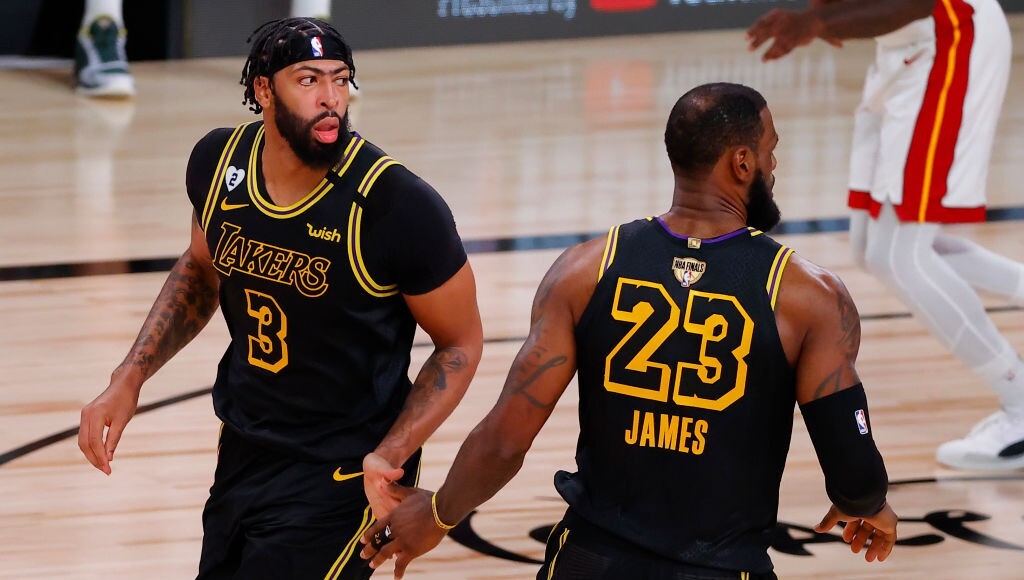 The Los Angeles Lakers have done a decent enough job staying afloat while LeBron James and Anthony Davis have been on the sidelines due to injuries. Ever since James went down with a high ankle sprain last month, Los Angeles has managed to go 4-6, which to this point has been enough to keep them out of the play-in tournament.

Exact dates for James and Davis’ returns are still to be determined, but on Saturday evening, Adrian Wojnarowski of ESPN reported that timetables are beginning to pop up for both. Davis, who hasn’t appeared in a game since mid-February with a calf strain and right leg tendinosis, may be able to return to action in the next 10-14 days. Per the report, Davis will get looked at when the Lakers return from their current five-game road trip, at which point there should be more clarity.

James’ return, meanwhile, is expected to be a little after that. The reigning NBA Finals MVP is apparently “on track” to come back in three weeks, which would mean he’d end up missing about a month due to the ankle sprain he suffered against the Atlanta Hawks.

The Lakers were the fifth seed in the Western Conference entering Saturday night’s games, sitting 2.5 games above the Dallas Mavericks for the No. 7 seed.