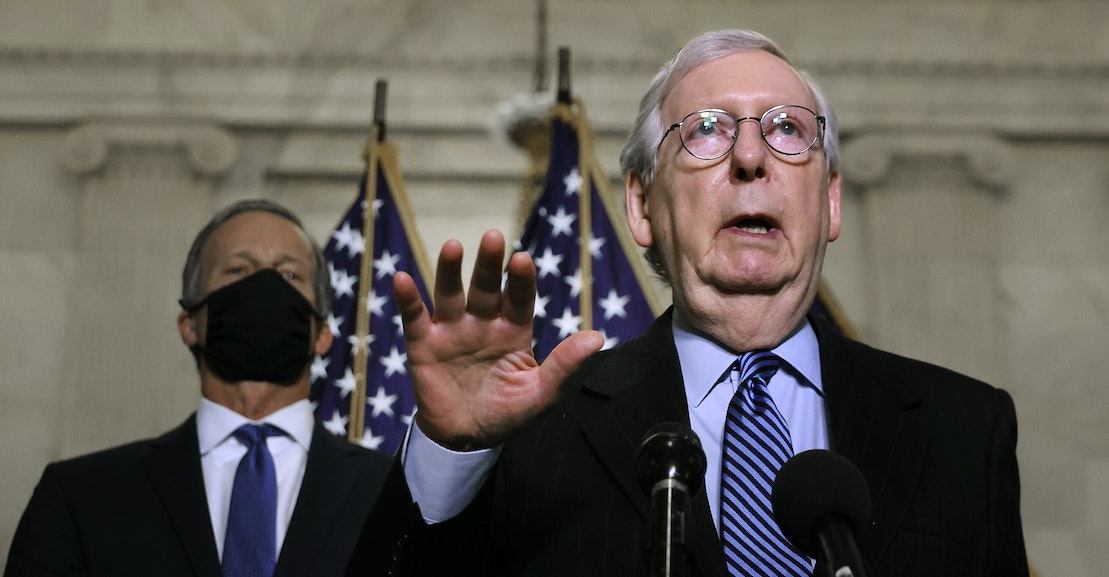 These corporations weren’t
“hijacking our country from outside the constitutional order.” They were
registering anxiety about the increasingly reckless behavior of their natural
ally, the GOP.

It’s sometimes said that a
new strain of anti-corporate conservatism lies a-borning within the Republican
Party, reflecting a shift of working class white voters, and even some working class
Black and Hispanic voters, from the Democrats to the GOP. The New Yorker’s
Nicholas Lemann calls
them “the Reversalists.” According
to Lemann, they favor “a new,
socially conservative and economically liberal strain of Republicanism. … Culturally, Reversalists present themselves as champions of provincialism,
faith, and work, but they aim to promote these things through unusually
interventionist (at least for Republicans, and for centrist Democrats since the
nineties) economic policies.”

But Reversalism hasn’t found
much purchase in elective politics, and I doubt it ever will. (Marco Rubio has
Reversalist sympathies, but Rubio is fickle and can’t be counted on to stick
with it when inevitable practical obstacles arise.) Implicit in McConnell’s
warning to the woke capitalists is that if they don’t throw their support
behind his party’s efforts to limit the franchise, then he just may go
Reversalist on them himself. But the prospect of McConnell ever giving big
business a hard time is less plausible even than the prospect of Rubio doing so.
If you take
a look at the top contributors to
the National Republican Senatorial Committee in the 2020 cycle—among them
Charles Schwab Corp., Fisher Investments, and FedEx—you will quickly understand
that it’s woke capitalists who pay the GOP’s bills.

Stuart Stevens, a top
strategist to Mitt Romney’s 2012 presidential campaign who parted ways with the
GOP over Trump’s nomination in 2016, says he thinks the only meaning to be
gleaned from McConnell’s April 5 threat is that he’s “still shell shocked” from
the Jan. 6 insurrection, which was also the day McConnell passed from majority
leader to minority leader. McConnell has no leverage with corporate America; his
threat to punish it is empty. “Mitch McConnell,” Stevens explained, “needs them
more than they need Mitch McConnell.” Amen.