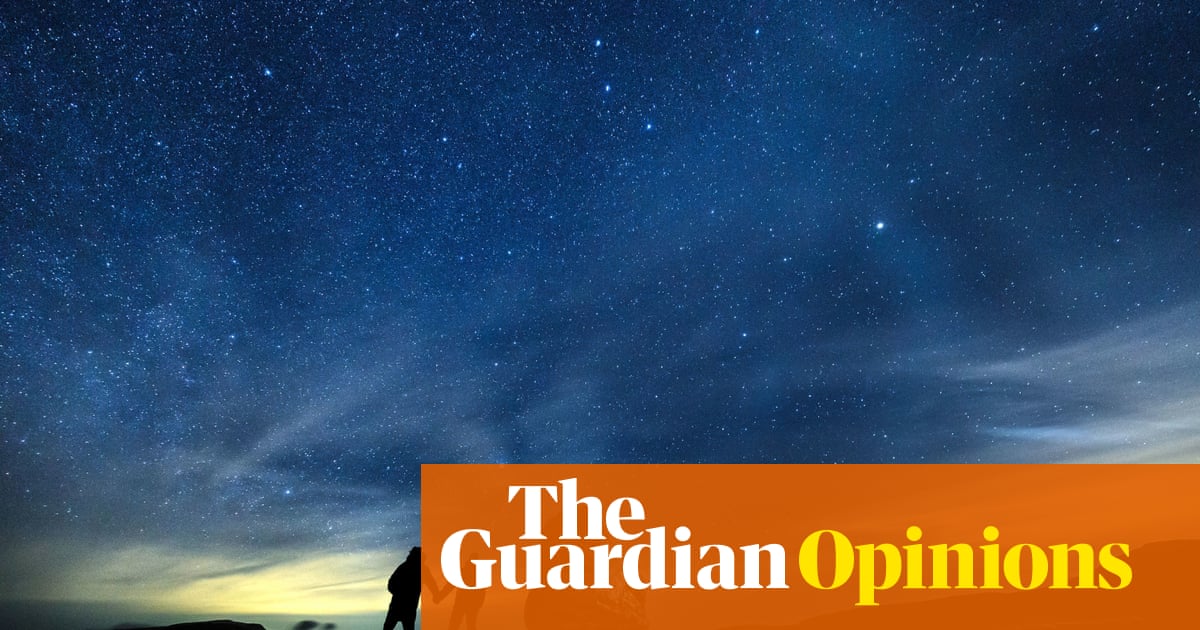 Severe light pollution in Britain appears to have fallen, according to the CPRE, the countryside charity. Across a week in February, the charity asked volunteers to look up and count the stars they could see. The results suggest that 51% of participants were experiencing severe light pollution, compared to 61% the previous year – an effect, the charity concluded, of darker town and city centres, owing to lockdown. Sadly, though, the overall trend is worrying: human illumination of the planet is growing by 2% a year. This has serious consequences: there is mounting evidence that light pollution is a serious contributing factor to what has been called the “insect apocalypse”. Disoriented by light, birds also die as they migrate over cities: a distressing 100,000 a year succumb over New York City, confused by the illumination of the skyscrapers. The solution is simple and obvious: to turn unnecessary lights off – also saving energy – and to shade those required at street level.

Light pollution also has the effect of deracinating humans in densely populated areas from what was once a vivid, intense, and often deeply generative relationship with the night sky. In ancient Babylonia, astronomy was inextricably linked with the development of branches of mathematics, with cosmology and divination, and with the establishment of calendars. Early Greek philosophers and mathematicians were also concerned with the arrangement of the heavenly bodies, borrowing heavily from their eastern forebears to try to understand the universe and the human place within it. Stars, of course, have been used since time immemorial to help human beings move around the planet: Polynesians used a range of methods, including star navigation, to travel prodigious distances across the Pacific.

The stars also brought a wealth of stories to many cultures in their fiery wakes. The Great Bear, or Ursa Major, was once the Arcadian princess Callisto, a celibate follower of the hunter goddess Artemis. After she was raped by the god Zeus she was, in an early example of victim-blaming, transformed into a bear. Her human baby was taken away from her and raised at his grandfather’s court; when he grew up he went out hunting and, not recognising his ursine mother, would have killed her, had they not both been turned into constellations – he the Little Bear, Ursa Minor. Or take Cassiopeia: the constellation is often recognised because it looks like the letter “W”, but turn it on its side and you’ll see an Ethiopian queen on her throne.

A watcher of the skies reaches beyond the everyday into awe – or comfort. CS Lewis compared Dante’s conception of the cosmos, as he was led through it on his journey in the Divine Comedy, to being “conducted through an immense cathedral” as opposed to the post-Enlightenment vision of the night sky, in which we feel we are “lost in a shoreless sea”. But whatever we feel when we look up at night, we instinctively feel that we are in the presence of something magnificent, something greater than the mere humdrum. We, just like other animals on Earth, desperately need our dark skies.