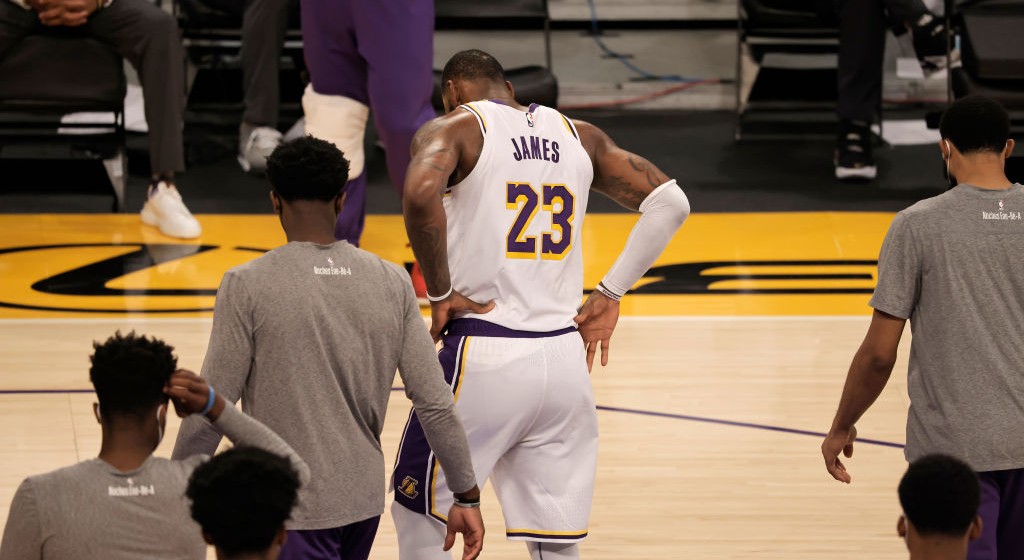 The Los Angeles Lakers have been treading water for some time, as they’ve simply been trying to get by and keep a spot near the top of the West until Anthony Davis could return to the lineup after healing up from his Achilles issue. However, with Davis still a couple weeks away from a possible return, the Lakers had disaster strike on Saturday afternoon when LeBron James got rolled up on by a diving Solomon Hill in a game with the Hawks, and had to leave with a high ankle sprain.

As of now, there is no firm timetable on James’ injury, and emotions were high afterwards as his Lakers teammates called out Hill for what they felt wasn’t a basketball play, to which the veteran responded and said he’d never disrespect the game in that way. James is out indefinitely, and for head coach Frank Vogel, his expectation is that James will have a slow recovery ahead of him and the Lakers may have to do without the future Hall of Famer for some time.

Frank Vogel on LeBron James’s injury: “Those things take a while to heal. They’re slow recoveries. We’re preparing for us to be without him basically indefinitely.”

LeBron has always seemed to have the ability to shake off rolled ankles, but this one is different in the way his ankle got inverted when Hill ran into him and as we’ve seen with Davis, the Lakers will err on the side of caution with their stars. With the trade deadline looming this week, there’s time for the Lakers to make a move if they want to provide some short-term help, but any move would be made with their championship aspirations in mind.