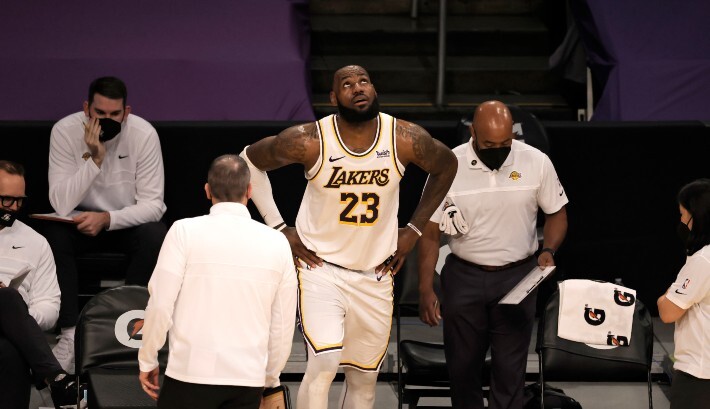 The Los Angeles Lakers will be without the services of LeBron James for the foreseeable future. According to multiple media reports, the injury that James suffered on Saturday afternoon against the Atlanta Hawks has been ruled a high ankle sprain, and there is no timetable for him to return to action.

LeBron James will be out indefinitely with a high right ankle sprain, source tells Yahoo Sports.

James suffered the injury on Saturday afternoon against the Atlanta Hawks. Solomon Hill dove for a loose ball and ended up rolling on James’ right ankle early on in the second quarter, which sent the reigning NBA Finals MVP down to the ground in serious pain. James attempted to stay in the game, but after making a three determined that he was unable to compete.

Currently, the Lakers sit 28-14 on the year, putting them in third place in the Western Conference despite being the same number of games back of the 1-seed as the Phoenix Suns. In the ultra-tight West, though, they are only four games ahead of the 7-seed San Antonio Spurs, which would put them in the play-in tournament if they fell that far.