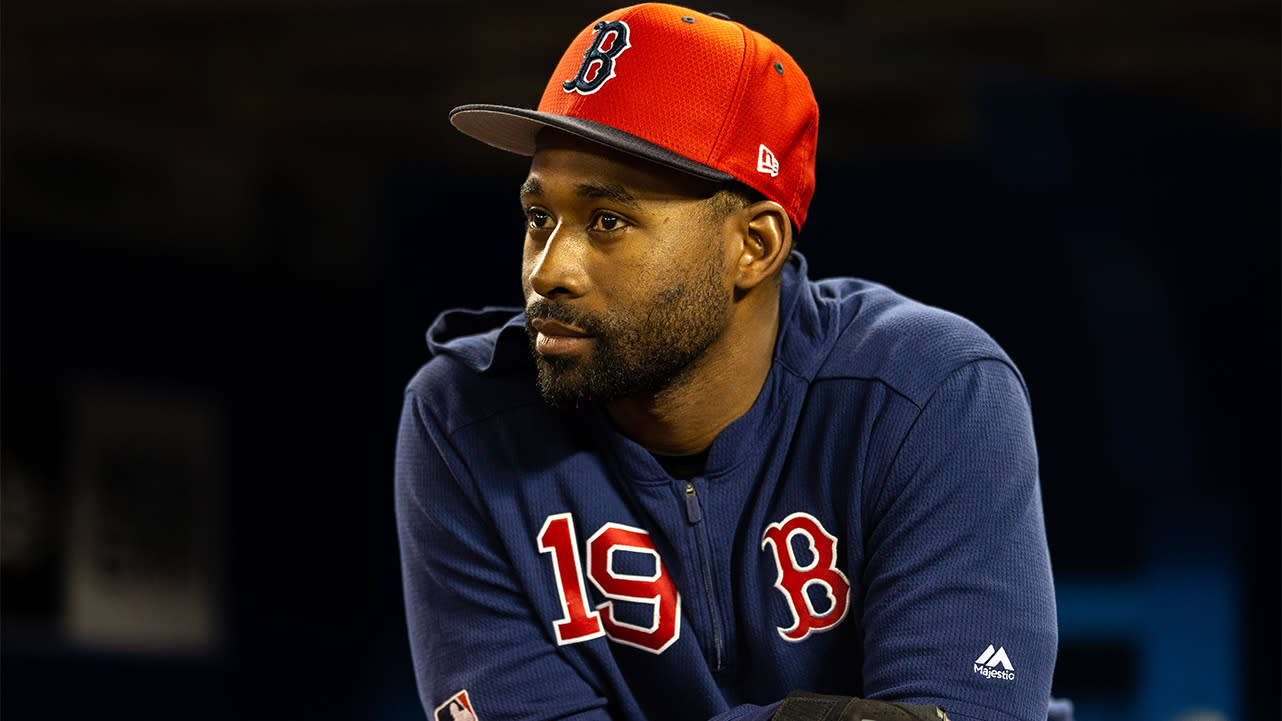 Jackie Bradley Jr. will wear both a new uniform and a new jersey number in 2021.

The former Boston Red Sox center fielder, who signed with the Milwaukee Brewers in free agency, revealed he will switch from No. 19 to 41 this season. The three numbers worn during his Boston tenure — 44, 25, and 19 — are unavailable in Milwaukee.

JBJ had some fun with the jersey number reveal by engaging with some of his Twitter followers. The 2018 Gold Glover and ALCS MVP posted a riddle to see if anyone could figure out why 41 was his number of choice.

That hint turned was enough for one Twitter user to solve the mystery. If you add the birthdates of Bradley, his wife, and his kids, you’ll get 41.

The Red Sox outfield will look a lot different without JBJ in 2021. All three starting outfielders from the 2018 World Series roster are gone and will be replaced by Alex Verdugo, Hunter Renfroe, and Franchy Cordero. Utility men Kiké Hernandez and Marwin Gonzalez will get some time in the outfield as well.