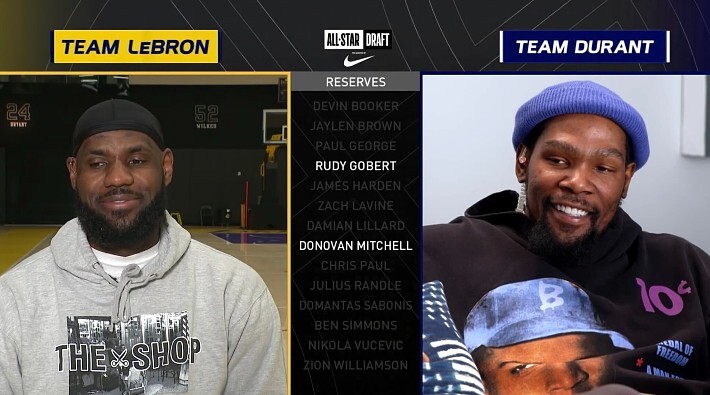 The 2021 NBA All-Star Draft featured LeBron James and Kevin Durant picking their squads and at the end of the process, there were two names left standing: Jazz center Rudy Gobert and Jazz guard Donovan Mitchell.

That the two All-Stars from the team with the NBA’s best record were the last selected was not going to be something anyone could ignore, and Charles Barkley couldn’t help but call out what he saw as “Utah Jazz slander” from KD and LeBron for leaving them for last.

James would address the situation at the end, insisting there was no slander and then proceeded to, well, kind of slander the entire organization’s history.

“There’s no slander to the Utah Jazz,” LeBron said. “You’ve got to understand, just like in video games growing up, we never played with Utah. As great as Karl Malone and John Stockton was, we would never pick those guys in video games.”

It’s a hysterical line, but Chuck wasn’t buying it, noting that when he said he needed size he passed over the taller Gobert for Domantas Sabonis.

It was the highlight of the night, along with LeBron promising he wouldn’t be tampering this year, and made for a delightful end to the All-Star Draft. In case the Jazz, which spent Wednesday night ripping into the officiating they’ve received this season, needed any added motivation going into the second half of the season, their top stars got it on Thursday.